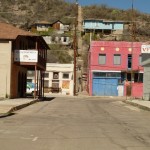 While driving on U.S. 60 from Phoenix to Albuquerque last week, we passed through the old copper mining towns of Miami and Globe, Arizona. Wondering if they had stairs like Bisbee, we stopped in at the Globe-Miami visitor’s center to find out.

When I asked if there were public stairways, the people working at the center didn’t know what I was talking about. When I repeated the question, someone mentioned that there are some stairs in Miami where people have an annual stair climb. (This year’s stair climb will be on Saturday, April 21, 2012 from 8:00am to Noon. For more information call Sam at 602-931-0584.) Hearing that, we were on our way to find and climb the stairs.

The stairs start at the end of Keystone Avenue in the old center of Miami and are called the Keystone Stairs. They were built to connect the town center, at the bottom of the hill, with mine shafts at the top of the hill. This was the way the miners commuted to work.

There is a picture in the Miami Town Hall, only a few feet from the stairs, which shows the stairs as being only partially built. The photo is dated between 1910 and 1920. The photo also shows that there were several foot paths on the side of the hill leading to the mine shafts. Nobody that I talked to had an exact date of construction, but the speculation was that the stairs were completed in the 1920s.

When I climbed the stairs, I counted 147 steps. I found a Facebook group on the Internet called Friends of the Keystone Stairs that says there are 155 steps. My count was interrupted several times by neighbors saying hello to me, so my count could very well be off.

Although miners no longer climb the stairs to get to work, there are still some houses on the hillside that can only be reached by the stairs. Everyone I met was very friendly. When I asked them what it was like to live on a staircase, they said they wished they had an elevator to bring up their groceries and furniture.

I found another set of stairs, not nearly as high as the Keystone Stairs, on the other side of U.S. 60 off to the side of Adonis Street. For all I know there could be more stairs in the area, but I’ll have to find them on another trip.

Here are some of the pictures I took: 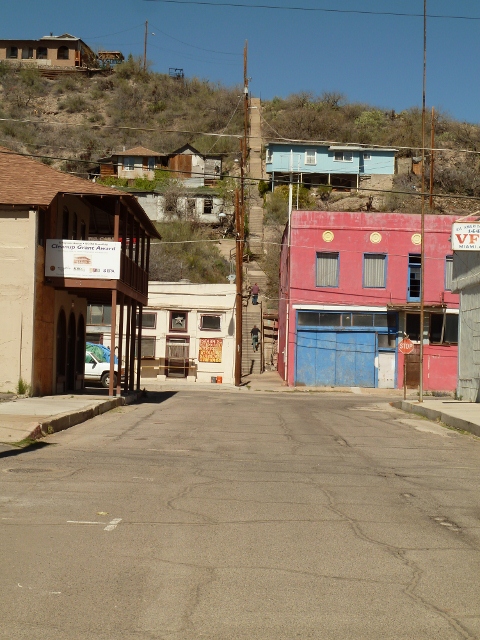 Looking at the stairs from Keystone Avenue. The Town Hall is to my left. 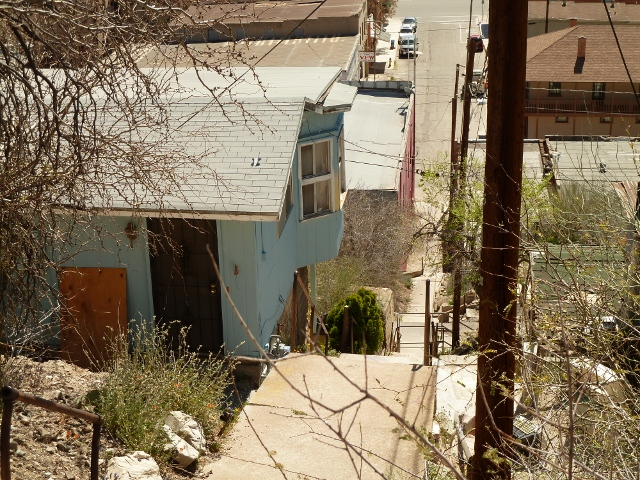 One of the houses on the stairs. 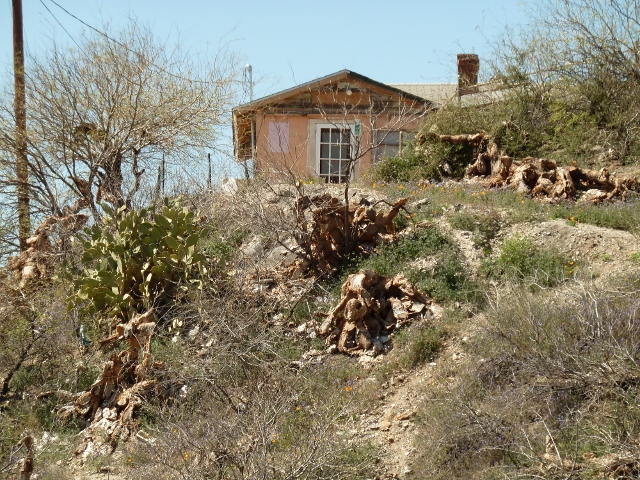 This house is reached by a path leading from the stairs. 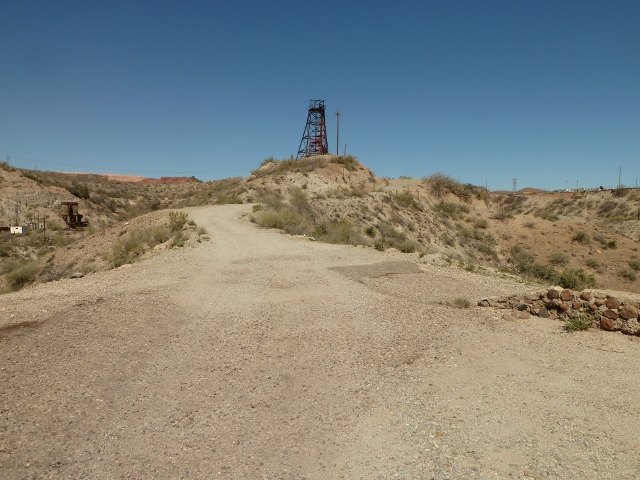 This is the mine shaft at the top of the hill where the miners used to go. 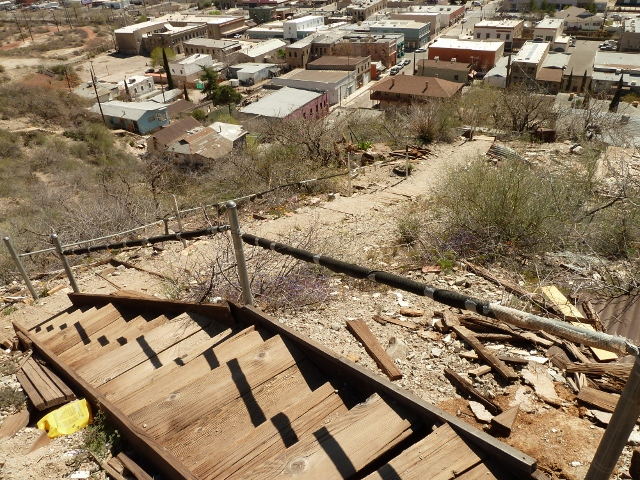 These wooden steps lead to two houses on the side of the hill. 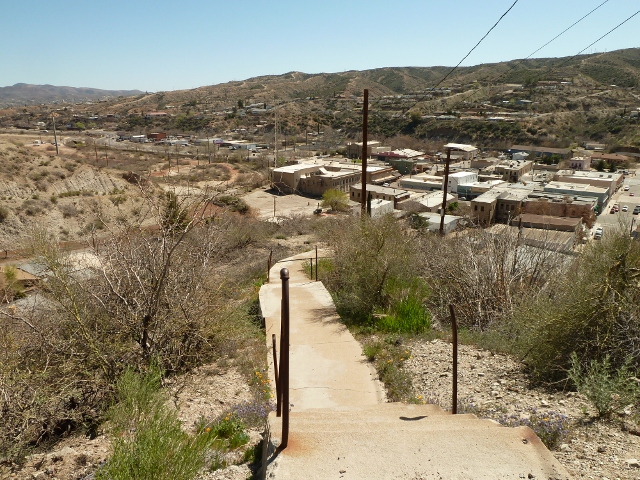 Heading back down the stairs (near the top). 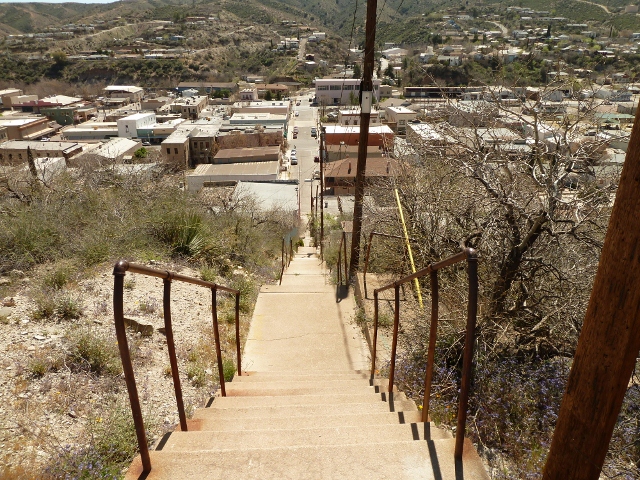 After you round the turn, it’s a straight shot down to town. 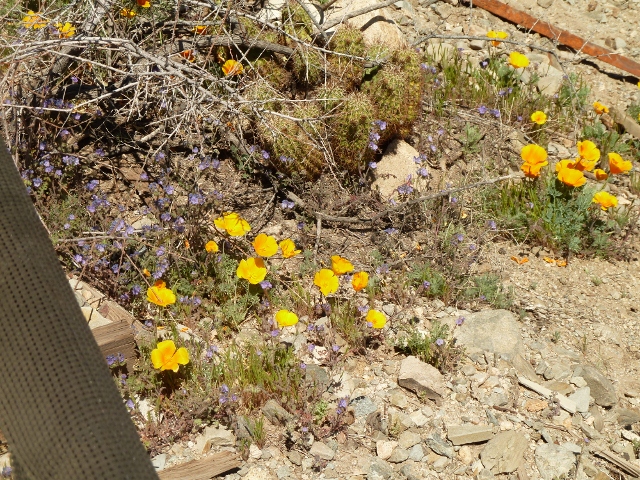 Poppies along the stairs. 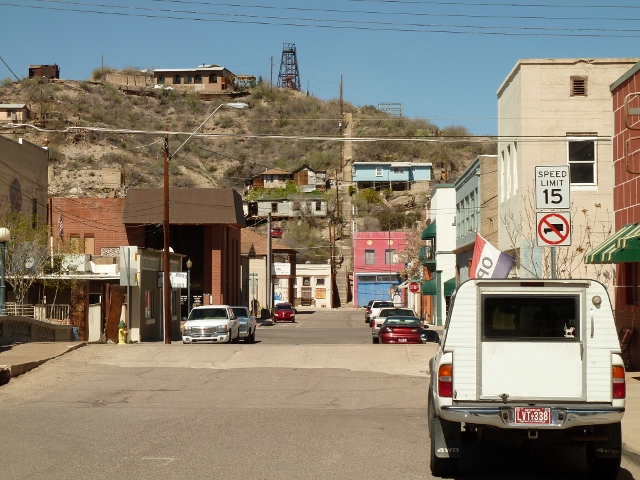 The stairs and mine shaft from the center of town. 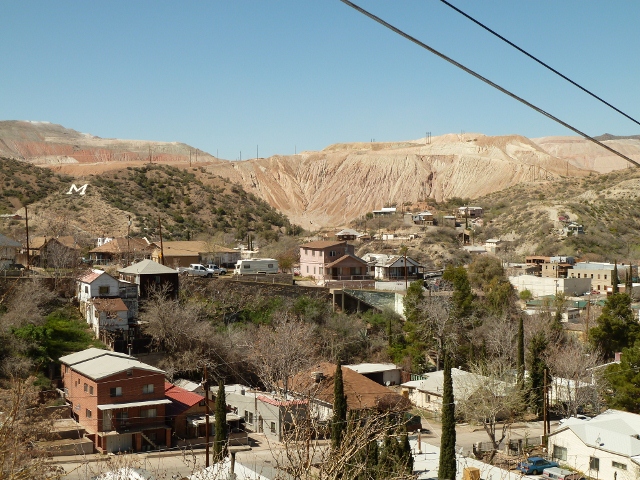 As you look around Miami, you can see that the mine shafts have been replaced with large pit mines. 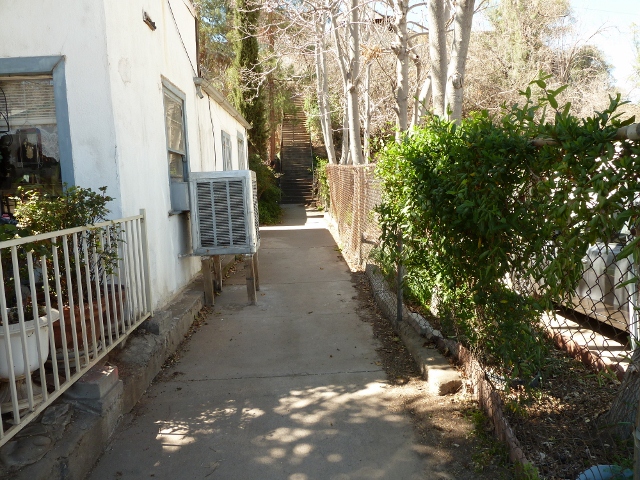 These are the stairs on the other side of U.S. 60 off of Adonis Street. 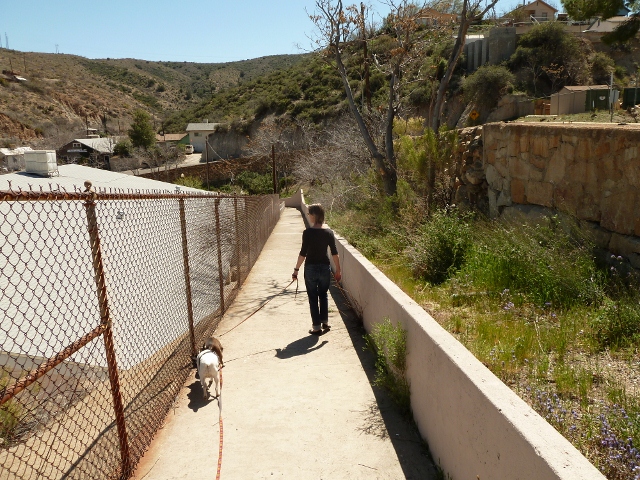 If you climb the Adonis stairs and follow the road at the top of the hill, you will eventually reach this walkway that will take you to the Public Library and back to Adonis Street.

If you are interested in climbing public stairs, you might want to check out other posts in this blog. You also might find the book “The Bisbee Stairs” of interest. You can buy the book when in Bisbee, on Amazon, or on this website.