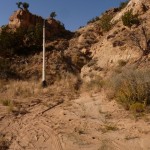 If The Gentle Art of Wandering has inspired you to head out to the backcountry to see what you can discover, there are a few things you need to know before venturing off the pavement. Assuming you have some idea of where you want to go, your first issue is to figure out how to get to there. This is not as simple as it sounds.

Maps are a great resource, but when it comes to roads in the backcountry, they are not one hundred percent accurate and cannot always be relied upon. The United States is just too big for the USGS (United States Geological Survey) to keep all of their maps up to date, and the decision on which maps to update has to be based upon likely use. This means that maps for remote areas have to take a number and stand in line.

Many of the maps have not been revised since they were published over fifty years ago. In that time roads have changed: some have been removed; new ones have been built; some may now be gated and closed to the public; and others may have become too unsafe to use. Even if a map has been revised, it too can be unreliable. In all likelihood the revision was based upon looking at an aerial photo rather than checking out what actually is on the ground. What looks like a road from the air, such as a pipeline, may very well be unsuitable for driving. 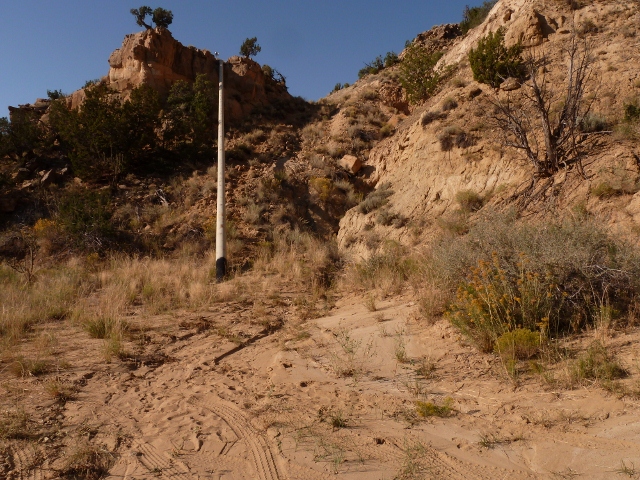 This pipeline shows up on the map as a road. Are you ready to give it a try?

Even if you have a GPS navigation system in your car or a handheld GPS device with a built in map function, you are still not out of the woods. Electronic maps oftentimes use the same data source as the paper maps. In that case, if the paper map is wrong, the electronic map too will be wrong. There are good reasons why there are so many stories in the news about people getting lost or stranded on a dirt road on top of a mountain when they followed their car’s navigation device rather than watching where they were going. 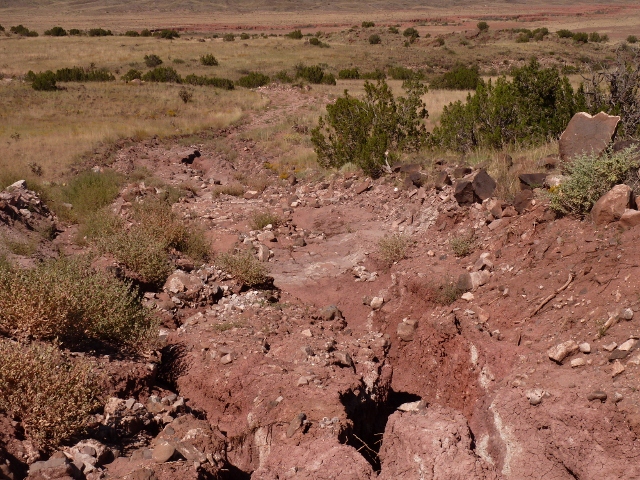 There are only two sure ways to figure out how to get to a backcountry location. The first, and the easiest, is to ask someone who has been there how to get there. The other is to poke and feel your way around until you get there. Eventually you will figure out which routes work. In most cases I have used a combination of the two; the first to get in the vicinity, and the second to get closer. But if I ran into a road like those shown in the pictures, I would turn around or stop. Don’t even think of driving on them.

Because not all roads are usable, you may want to make your first forays into the backcountry with someone who has been there, or with a group. My first forays were with a BLM (Bureau of Land Management) archaeology volunteer group. If this is not possible for you, you can stay close to main roads until you get comfortable with venturing further out.

Once you have a pretty good idea of how to get to where you want to go, make sure you are properly prepared. There are no stores in the backcountry to make a quick stop to pick up something you forgot. And make sure you fill up your gas tank before you leave. It is very easy to go 50 to 100 miles or more without seeing a gas station.

Even though there are many unusable roads, there are enough usable roads to get you into the backcountry. And when you do get out of the car and start wandering, you too will start to make amazing discoveries.