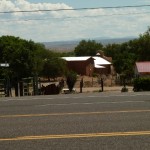 A little over 70 years ago, in the fall of 1941, 20th-century photographer, Ansel Adams, was driving back to Santa Fe, New Mexico, after spending the day taking photographs in the Chama River valley. As he glanced at the Sangre de Cristo Mountains in far off distance to his left, he noticed the light from the setting sun behind him reflecting off the headstones in the burial ground of a small church in front of him and off the clouds above the mountains. He knew immediately that it might make an exceptional photograph. If you have read The Gentle Art of Wandering, you could say that his search image capability noticed the reflection. In a sense, it was the mindset of wandering that made an exceptional photograph possible.

He brought his station wagon to a screeching halt and with his companions set up his camera as fast as possible. Before he could take a second shot the light disappeared and the opportunity was over. That one shot turned out to be Moonrise, Hernandez, New Mexico, and it became his most popular photograph. In that chance moment, Ansel Adams managed to capture the dramatic landscape, the clear sky, the play of the light, and the sense of place that has called many to New Mexico. (Please click here to see an image of Moonrise.)

While still alive, Ansel Adams made over 1100 prints of the negative. As late as 1970 you could order a print from him for $150. By the time he stopped taking orders in 1975, the price had risen to $1200. Almost 37 years after the last print was made, Moonrise is still popular. As of February 21, 2012, the Andrew Smith Gallery in Santa Fe had one priced at $60,000. Depending upon when it was made a print could sell for more.

If you happen to be in New Mexico you may want to stop in at the Andrew Smith Gallery to see if they have a Moonrise print and then take a little wandering trip up north to see where Ansel Adams took the photograph. Hernandez is north of Santa Fe and about six miles beyond Española on the way to Abiquiu on US 84/285.

When you get to Hernandez, don’t expect to find a town. It is more of a settlement than a town. And don’t expect to find a state historical landmark sign or anything that would give you a hint as to where the picture was taken. And finally, don’t expect the view to be the same as 1941. Much has changed in 70 years. New buildings have been constructed and trees have grown. But the old San Jose de Chama church and burial ground are still there, and you can wander around to see what’s there and take pictures.

To locate where the photo was taken, start paying attention to the highway mile markers when you reach Española. The old church and burial ground will be on your right (to the east) between mile markers 194 and 195. When you see the driveway for the new San Jose de Chama church on your left, the old church will be immediately to your right. The actual location where the photo was taken will be a little bit further up. You can stop here and walk around to get a picture of the old church. But be careful as US 84/285 is a busy road.

To reach the old church, drive a little bit further north to Rio Arriba County 0001. The road is on your right and will take you to the old church. There you can get out of the car and wander around the old burial ground and church yard.

When I made this visit 12 years ago the atmosphere was less than welcoming. There were signs scrawled on large pieces of plywood saying No Photos Allowed Anywhere. Those signs are now gone, and as long as you are respectful, you are welcome to walk around and get a sense of the community. If you check out the headstones in front of the church you will find that they are for a couple of young men who lost their lives in World War II, not too long after Ansel Adams took his timeless photograph. 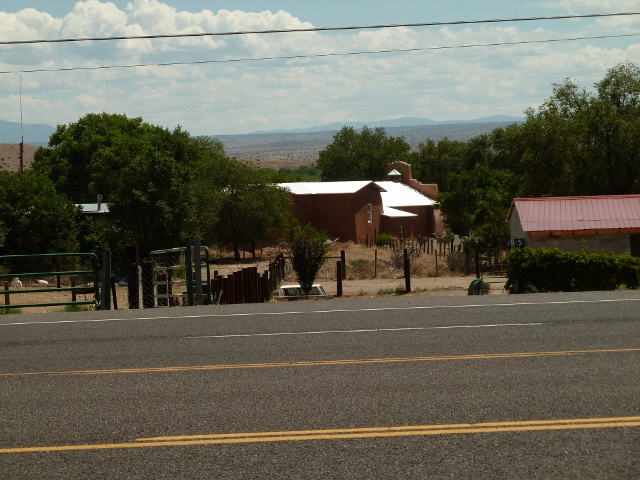 The old San Jose de Chama church as seen from the highway during the summer. 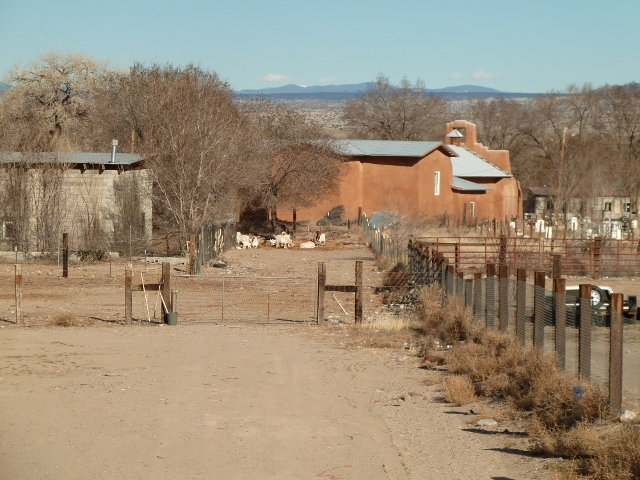 The church during the winter; notice how the cinder block building to the left prevents a clear view of the church. 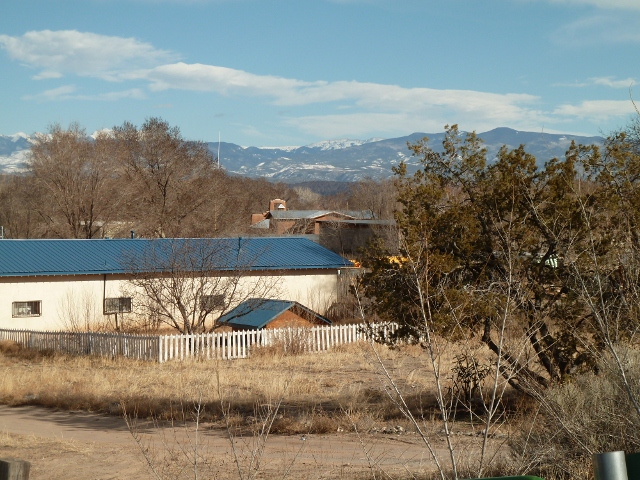 This is an approximation of the view Ansel Adams photographed in 1941. As you can see, it is now difficult to pick out the church and burial yard from this angle. 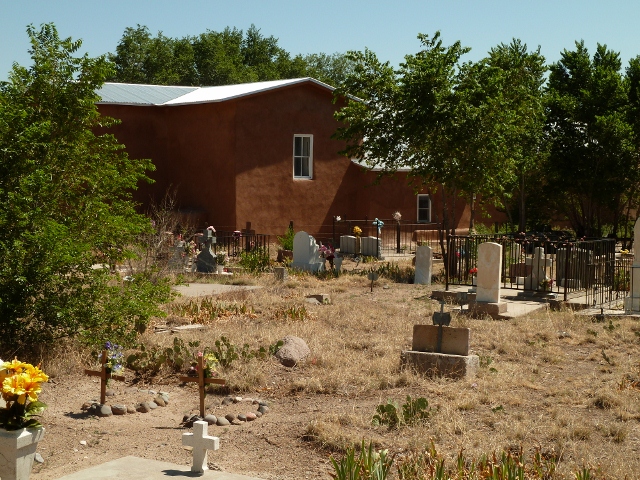 This picture of the church was taken from the burial yard during the summer. 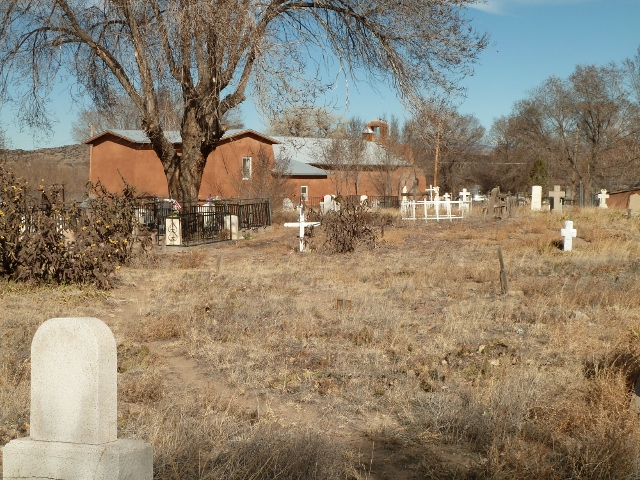 This is a similar view of the church taken during the winter. 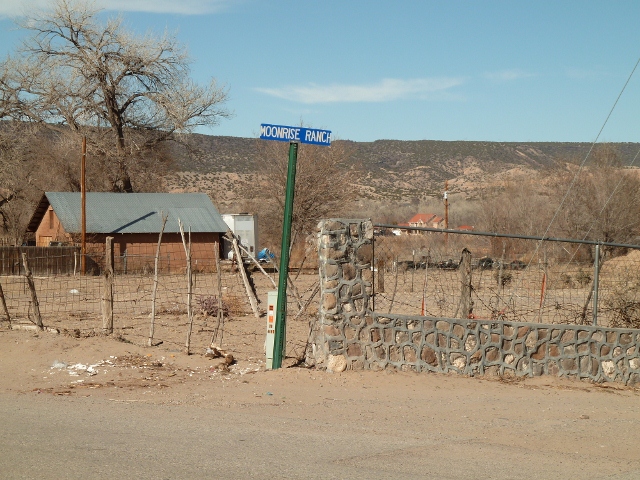 Immediately across the road from the church, the side road is named Moonrise Ranch.