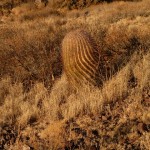 As mentioned on page 5 of The Gentle Art of Wandering, every wandering adventure starts with an idea. If you live in New Mexico and are looking for an idea, The Mountains of New Mexico by Bob Julyan is a good place to start. If you are a backcountry wanderer in New Mexico, this book would be a good addition to your library.

For me, the book has stimulated over a dozen wandering adventures and will probably stimulate many more in the future. The book has some photos, but it is not a look-at coffee table book. It is a reference book full of ideas.

When I first opened the book and randomly thumbed through the pages, I landed on a page with a photo of a mail box containing a register on the top of Manzano Peak. That stimulated me to check out the summit the very next weekend with my dogs. Since then I have hiked to several summits described in the book. 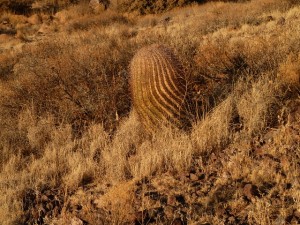 A photo of an Alligator juniper in the Magdalena Mountains got me to keep an eye out for them when I go hiking. Not only have I seen them where the picture was taken, but I have also found them in other mountain ranges. A photo of a Barrel cactus in southern New Mexico did the same thing. There are no Barrel cacti where I live, but I now find them when I visit southern New Mexico.

The two biggest inspirations for me from the book have been the Cookes Peak area and the Kilbourne Hole. Both are in the southern part of the state. The Cookes Peak area has much to offer: it is the high point of Luna County; it has the only natural water source for miles around; the route of the Butterfield Stage passed its base; an abandoned cavalry fort is located here; the entire area is a former mining center and abandoned mines are everywhere; and a pass through the mountains was a former Apache stronghold and battleground. There is enough in the area to keep you poking and prodding for weeks.

The Kilbourne Hole is an amazing natural landmark that warrants its own separate post. It is a maar volcano. Rather than producing flows of lava, a maar volcano is a volcanic burp that leaves a hole in the ground. In the case of the Kilbourne Hole, it is enormous. It is over a mile wide, almost two miles long and over 300 feet deep. Even better, as you hike around the rim, you can find small volcanic bombs (or lava chunks) that are full of emerald green peridot crystals.

These are only some of the ideas that I’ve found in The Mountains of New Mexico. You might find better ones, and those ideas may start you off on a series of amazing adventures.