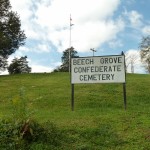 For example I can use a drive of less than 60 miles that I took along US Highway 41 on the Highland Rim in Tennessee to show you an amazing wandering experience. (If you read the previous blog post about waterfalls in Middle Tennessee you know that the Highland Rim is a limestone escarpment coming off the Cumberland Plateau.)

US Highway 41 begins at the northern most tip of Michigan’s Upper Peninsula and ends 2000 miles later in Miami, Florida by way of Chicago, Nashville, Atlanta and Tampa. Like many numbered US highways, US 41 has been eclipsed by Interstate highways for much of its route. Interstate 24 has taken that role in Tennessee.

US Highway 41 leaves the Middle Tennessee Basin and climbs onto the Highland Rim a few miles south of Murfreesboro, Tennessee. This is the same route that the Union Army used in June 1863 to get around the Confederate Army during the Tullahoma Campaign of June and July 1863.

The entry point to the Highland Rim for US 41 is at Hoover’s Gap in Beech Grove, Tennessee. One of the opening engagements of the Tullahoma Campaign was fought here. 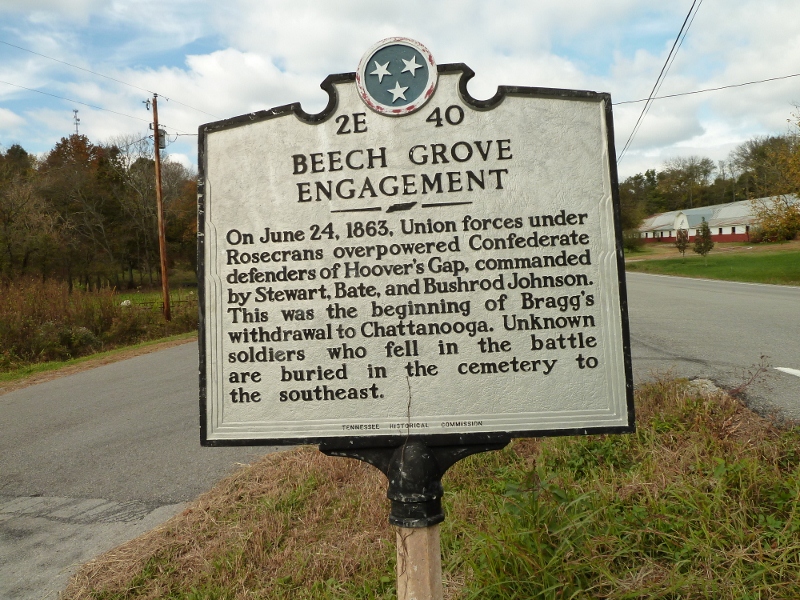 There is now a Confederate cemetery on a hill at Beech Grove. 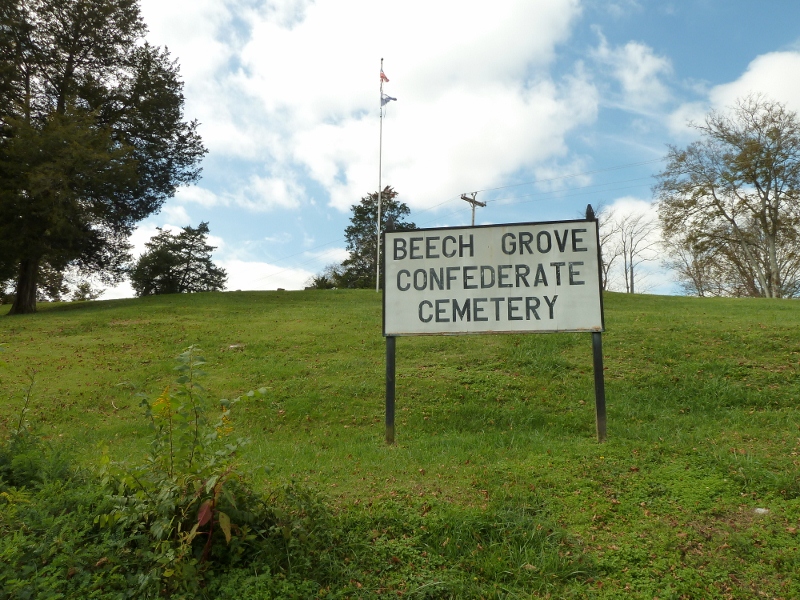 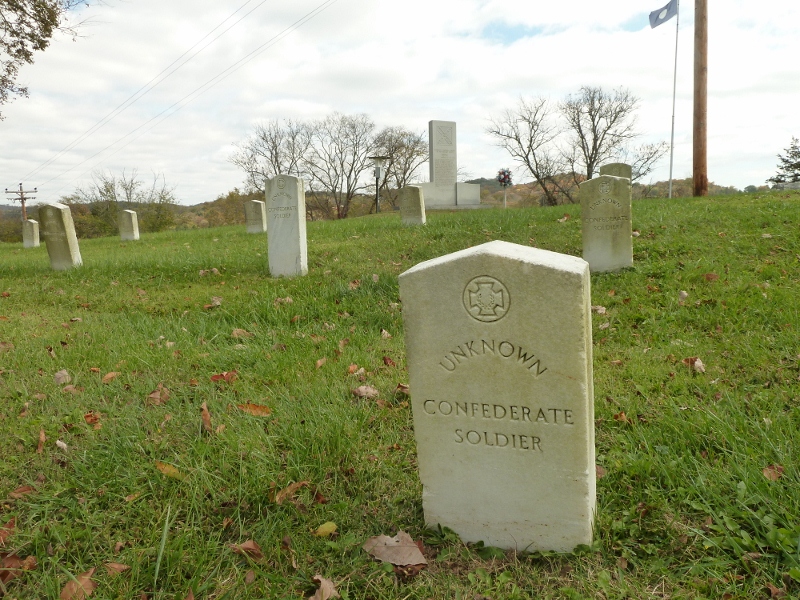 During the engagement the Union located an artillery battery on top of the hill where the cemetery is now located. 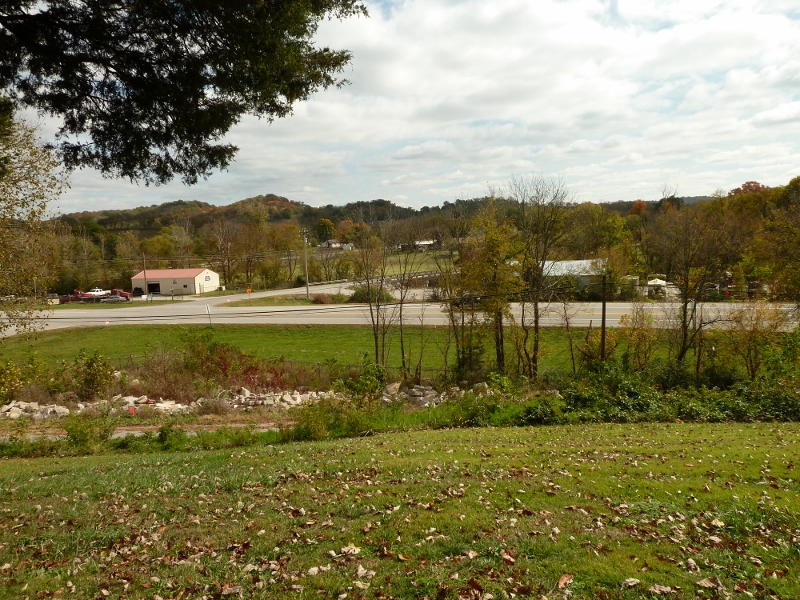 The Confederates had their troops deployed on a line along the creek just beyond the road in front of you. Those hills in the background are the Highland Rim. 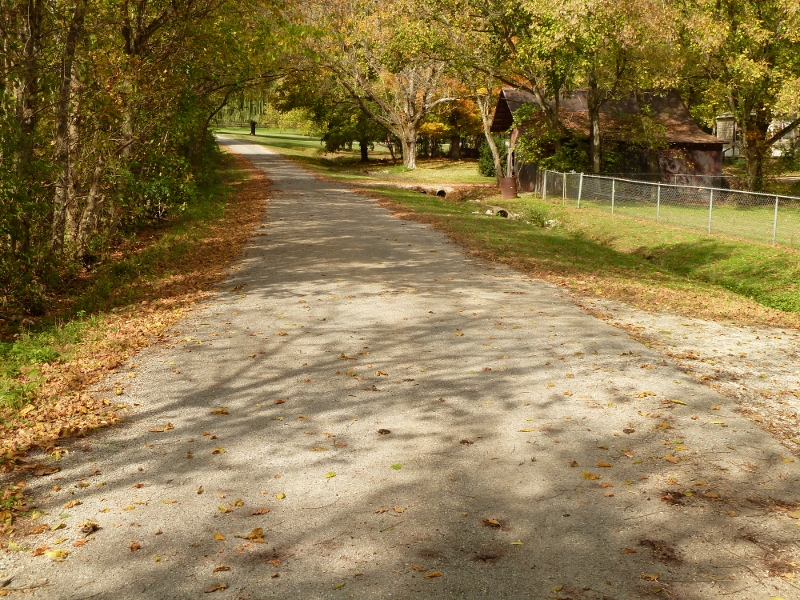 There are even farm-raised eggs for sale in this ice chest along this portion of the road. 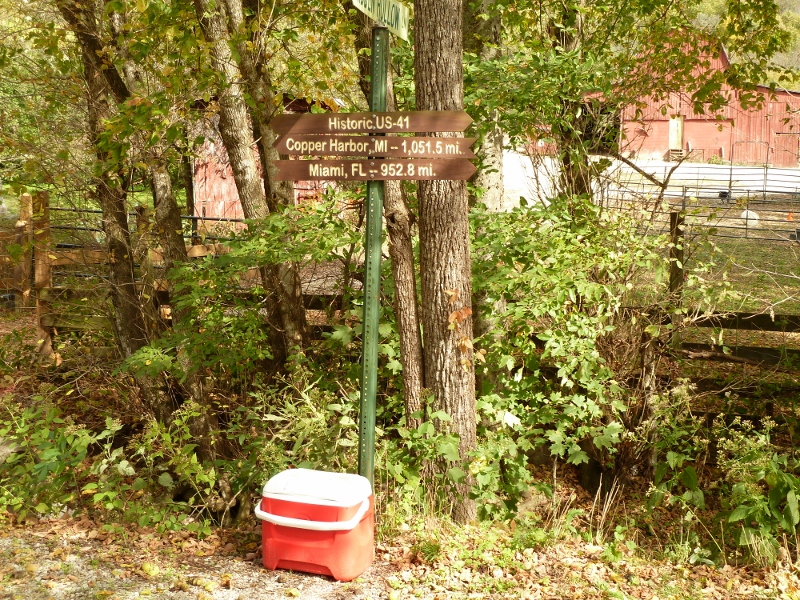 During the Civil War, the road (straight ahead) went around the hill while today’s US 41 (towards the left) goes over the hill. 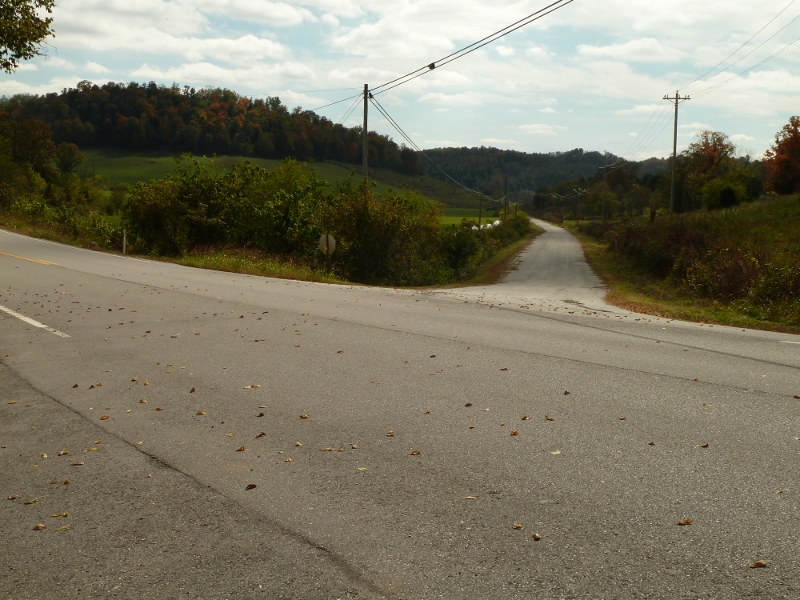 If you take the old road, you’ll come across the grave of a Civil War general’s horse. 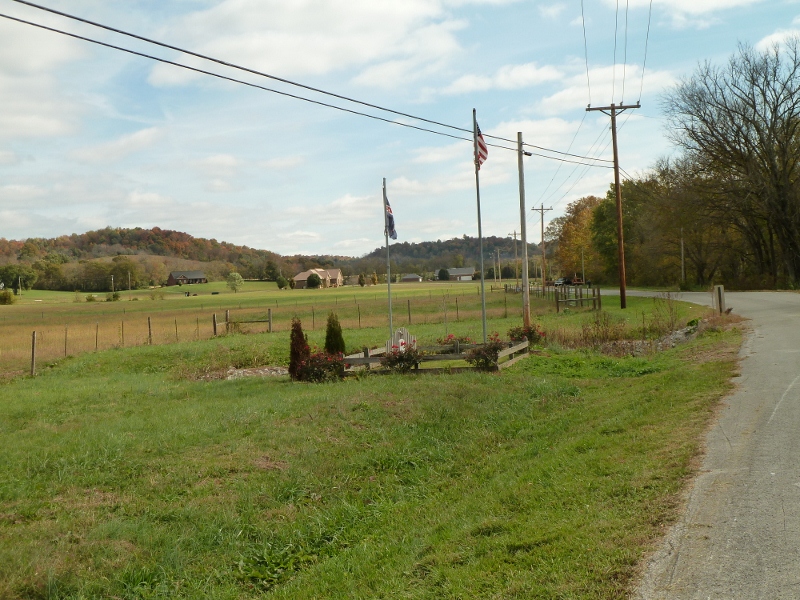 A little bit further up, the old road rejoins US 41 (coming in from the left). 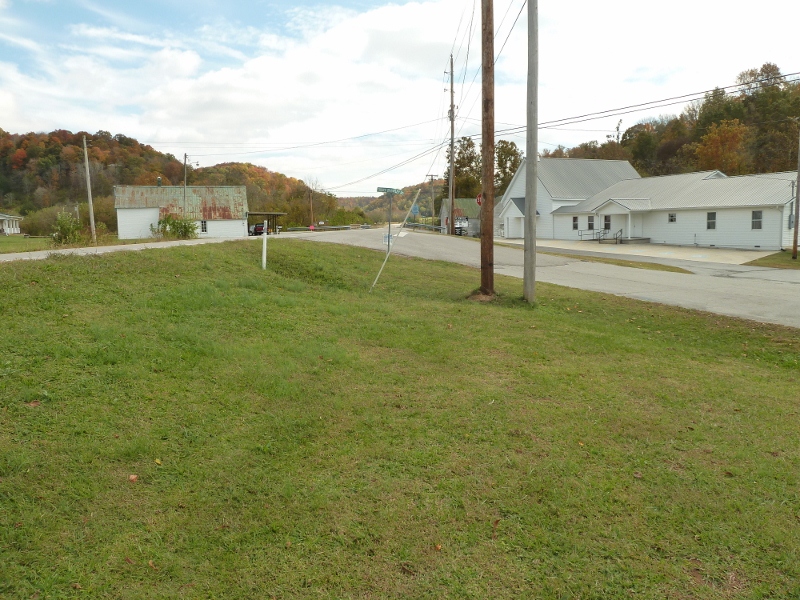 If you are interested in learning more about the Tullahoma Campaign and seeing a map of how the old roads line up with today’s roads, you can visit this website – http://www.aotc.net/Tullahoma.htm.

As you continue down US 41, you’ll cross the Duck River in Manchester, Tennessee. 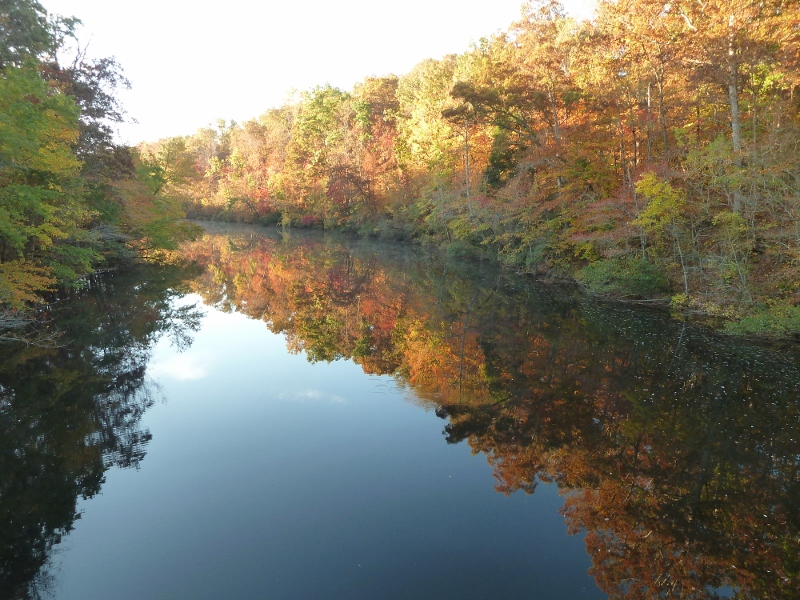 The waterfalls on the Duck River, described in the previous blog post, are just downstream from where this picture was taken. A little bit further up US 41 in the center of Manchester, a highway improvement on US 41 from many years ago gave Manchester this 21-step public stairway. 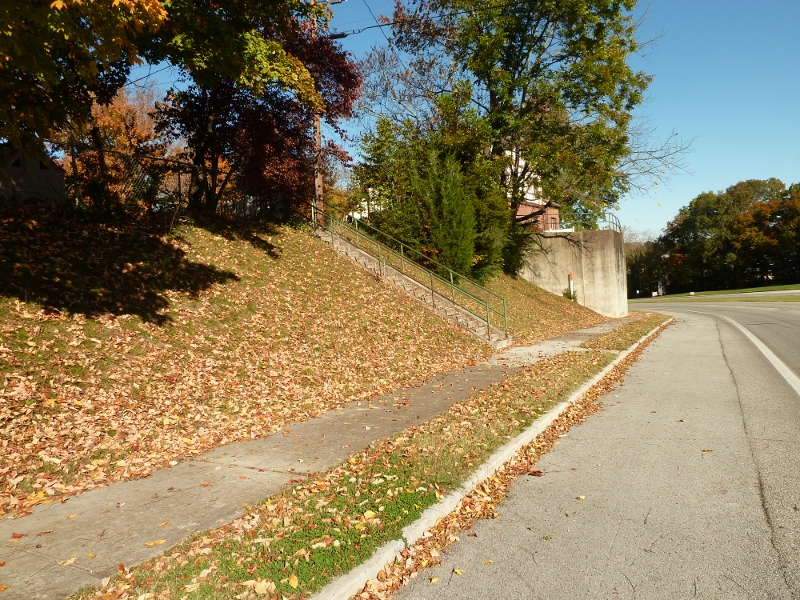 If you are a stairway enthusiast, there are several posts in this blog about public stairways. When you clear Manchester, you’ll be passing through some very pleasant countryside. 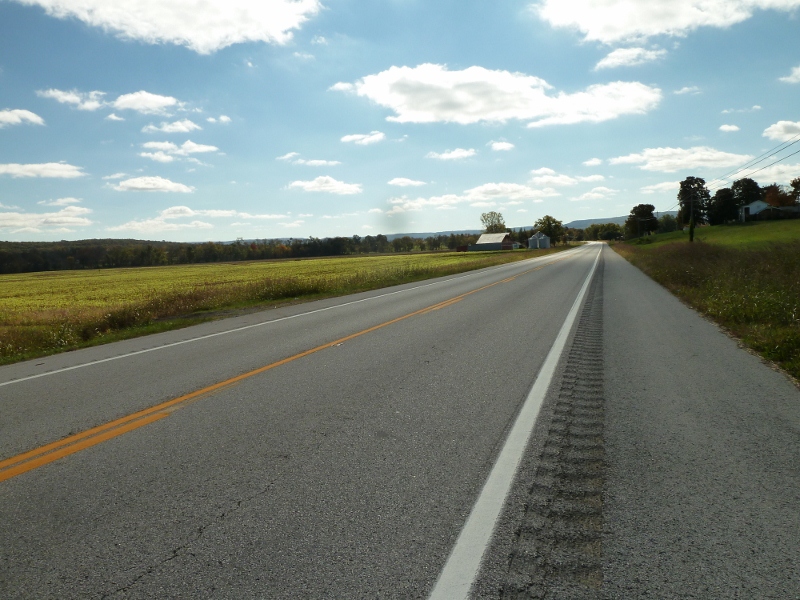 That elevated land in the distance is the Cumberland Plateau. Just before you reach the Plateau, you will come to the entrance of Wonder Cave. 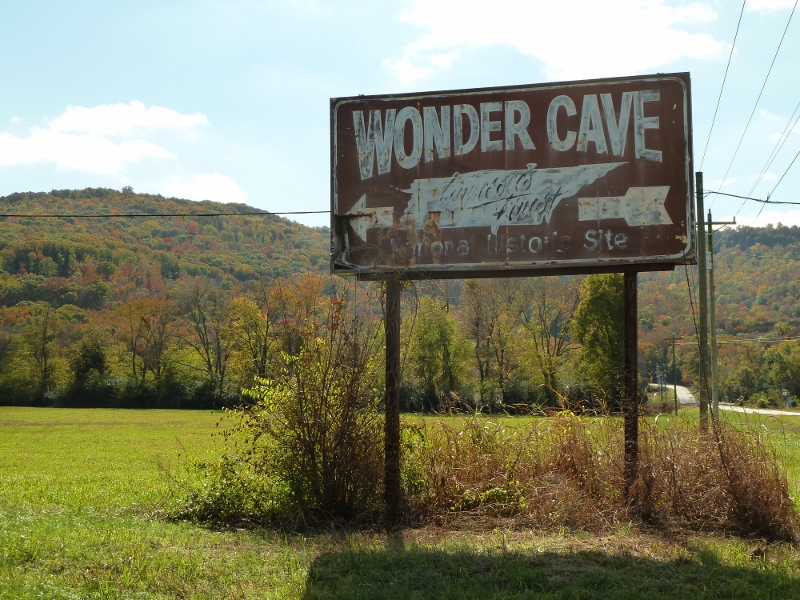 With the drop off in traffic Wonder Cave is now closed. 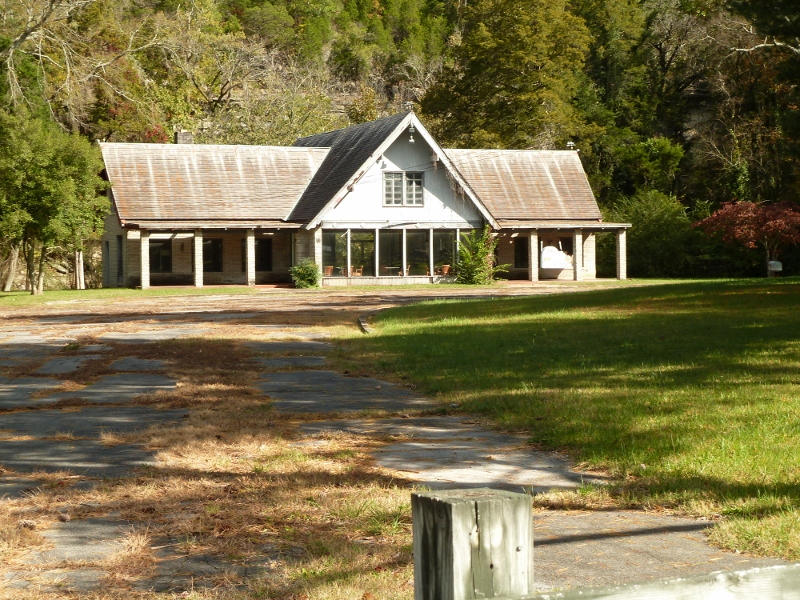 I checked around with some people in the neighborhood to see if it is still possible to get into the cave. I was told that the owners live out of state in Georgia and Florida and that they have no plans at this time to reopen the cave.

One man that I talked to had a couple of plastic grocery sacks and was gathering up something off the ground in the field where the entrance sign is located. I asked him what he was doing, and he told me that he was picking wild turnip greens. He said that they taste better than the greens you can buy at a store or grow yourself. He also said that the greens are only worth picking every other year in any given field.

If you are interested in finding out what they taste like, this is what to look for when you go picking. 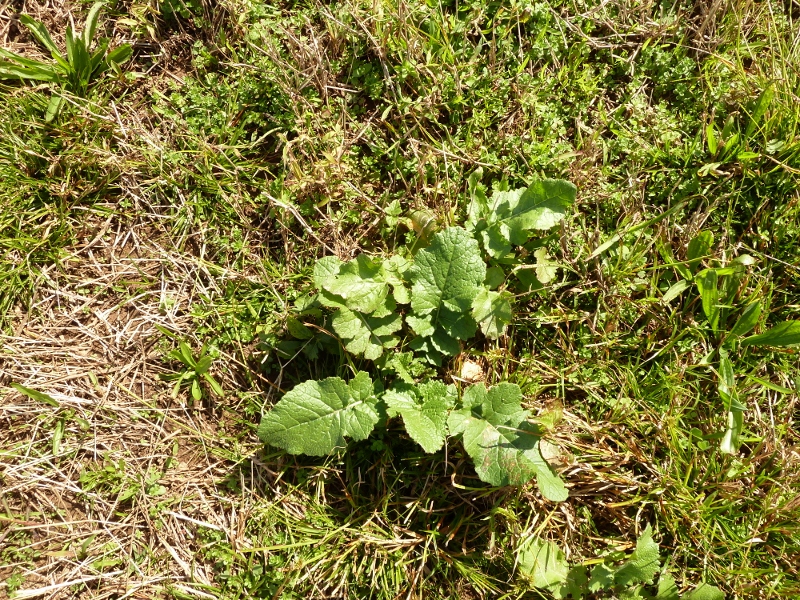 With that, my drive and wandering adventure along the Highland Rim on US 41 came to an end. It was a less than 60-mile drive that ranged from a Civil War battleground to wild turnip greens. Your next drive may be just as interesting.