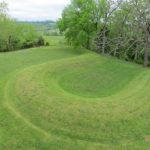 Posts in this blog generally emphasize surprises that you can find when you allow yourself to wander. Rather than surprises, this post discusses two very special places in the State of Ohio: Newark Earthworks and Serpent Mound. Both are amazing and worth a drive across the country to check out!

Newark Earthworks in Newark, Ohio (east of Columbus and locally pronounced as Nerk, Ohiah) are the largest geometric enclosures in the world. They were built by Hopewell culture people over 1500 years ago. Serpent Mound in southern Ohio is the largest surviving prehistoric effigy mound in the world. It is believed to have been built 1000 to 2000 years ago. Both sites combined with other earthen structures in Ohio, have been nominated for UNESCO World Heritage Site designation. The United States only has 23 World Heritage Sites! 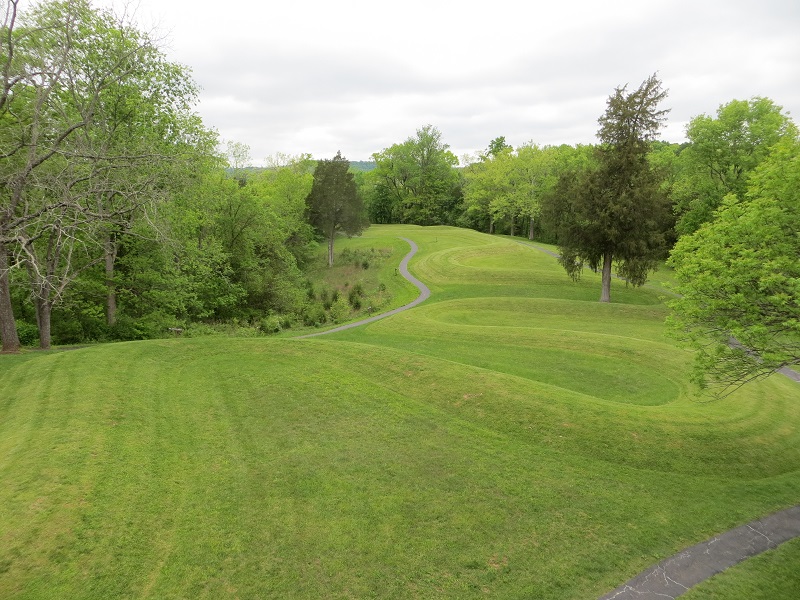 Petey and I had the chance to visit both sites on recent road trips across Ohio.

Although some parts of Newark Earthworks have been lost because of development, the earthworks that do remain are stunning and give you a good idea of what it must have been like in its heyday.

The Great Circle enclosure is a perfect circle about 1200 feet in diameter and surrounded with a mounded wall ranging from eight to fourteen feet tall. It encloses 30 acres. The interior of the wall has a moat and the opening to the enclosure is to the east. 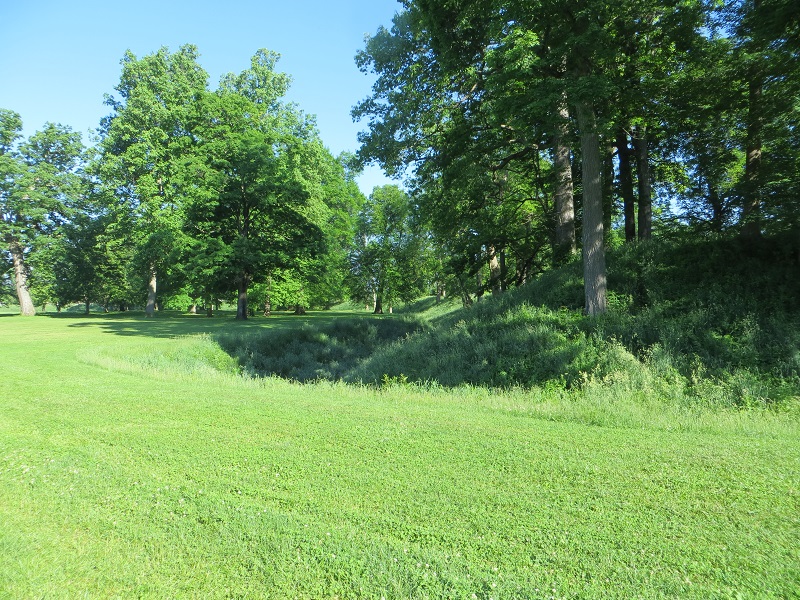 The Circle is so enormous that you cannot capture it in one photo. This is where the wall and moat starts at the opening. If you look closely, you can see how the wall is circling around in the distance. It would be very cool to have a drone with a Go-Pro to get an aerial shot of the circle! 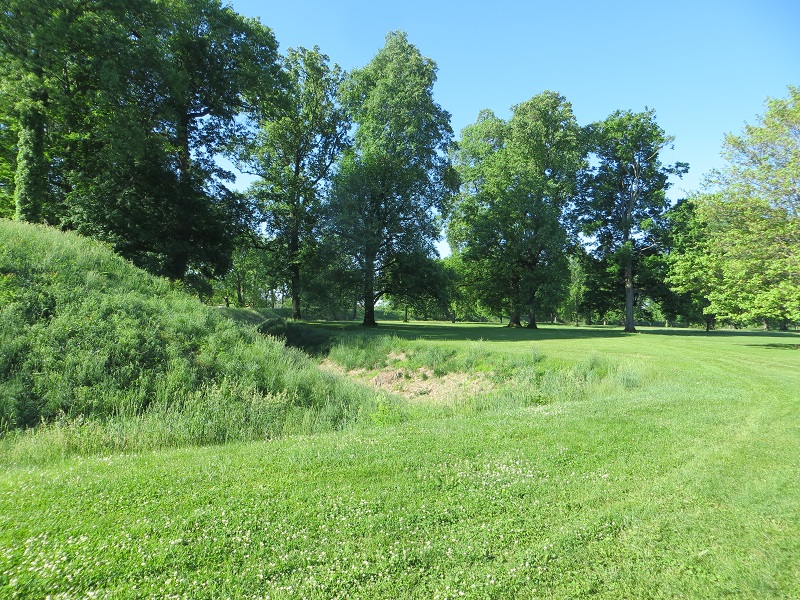 And here’s where the wall and moat come around to the other side of the opening. 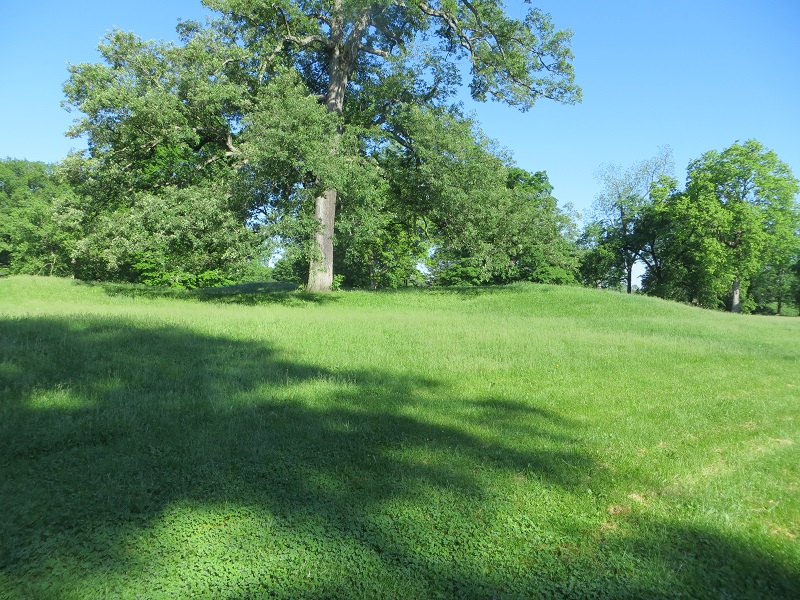 Inside the Circle is a large effigy mound of an eagle. 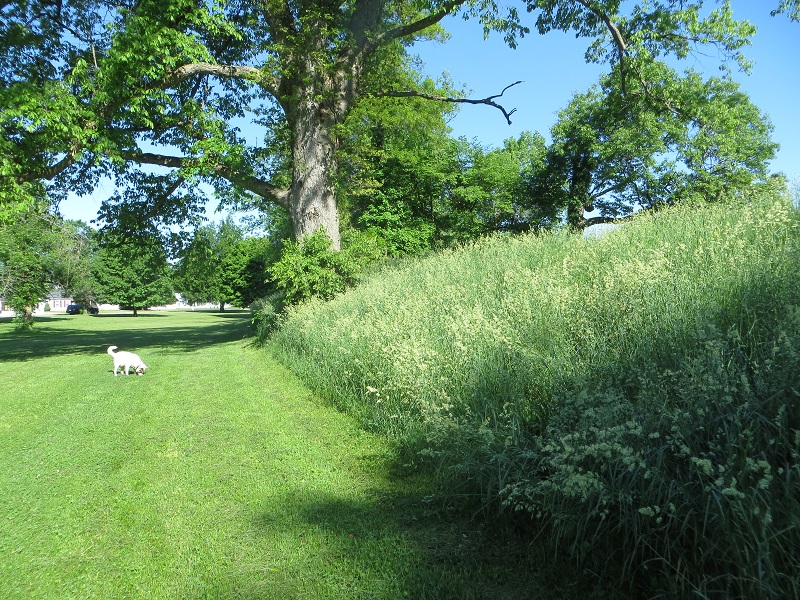 Here’s the outside of the Circle.

The Circle is in a public park and you are welcome wander around as long as you stay off the walls. Petey and I circled both the inside and outside of the wall. 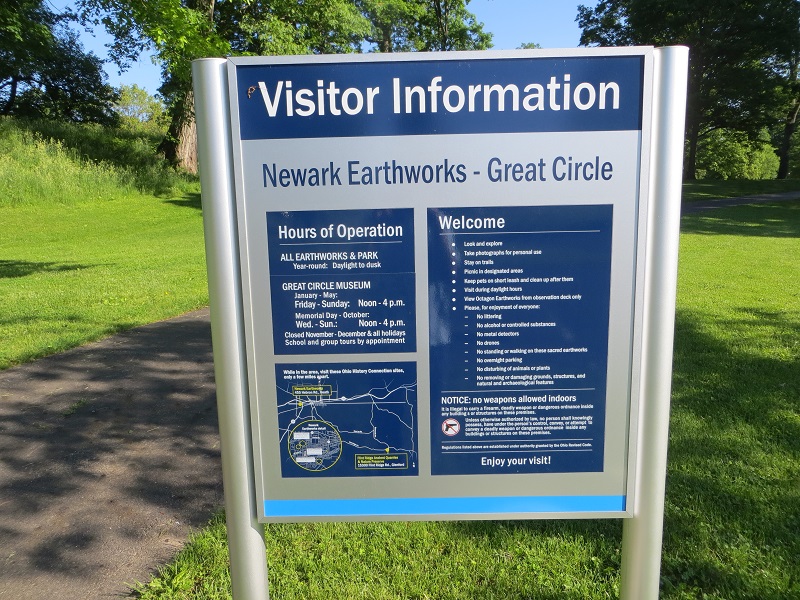 In addition to being free to roam, the park has many informative signs describing the earthworks. 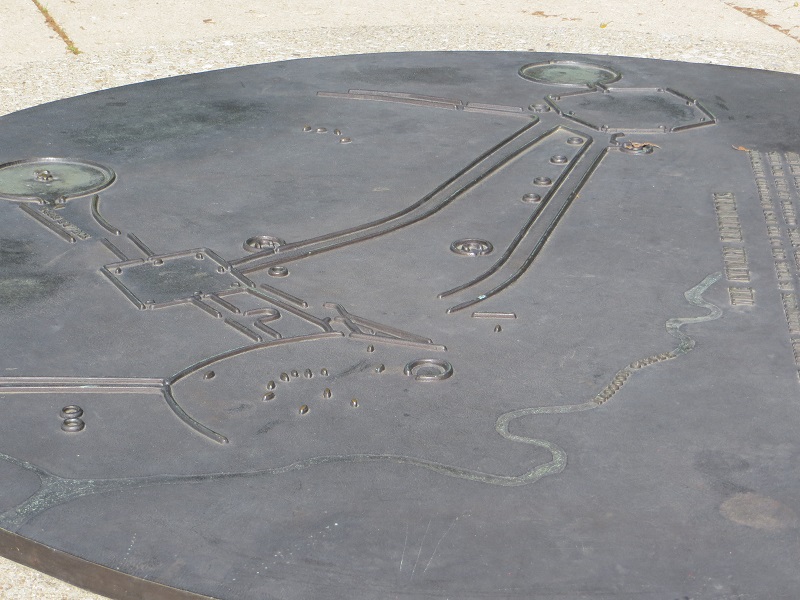 Here’s a model of the Earthworks at the park. The Great Circle is to the left. 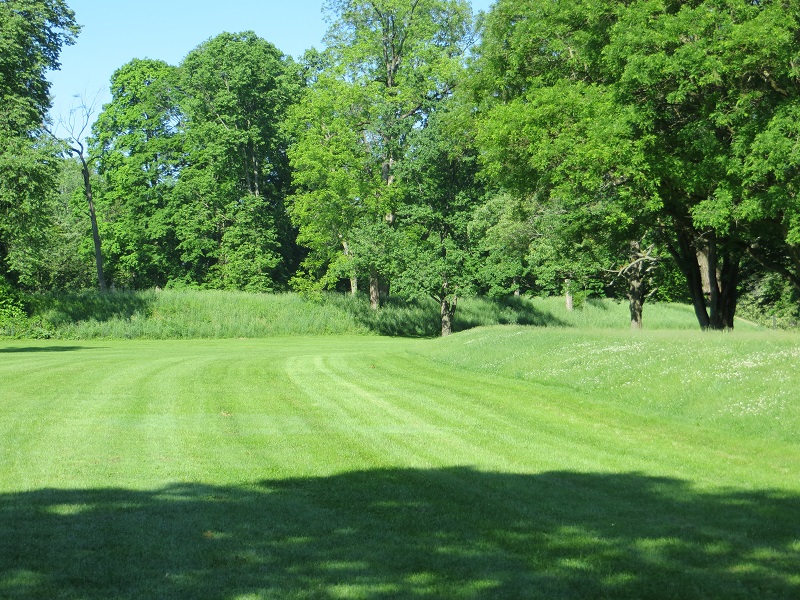 Here’s a guide wall (on the right) to direct people into the Great Circle (in the distance).

What’s even more astounding is that the Great Circle is only part of the Newark complex! Less than a mile and a half away is another Circle enclosure attached to an Octagonal enclosure. Although this second complex is on public land, it has been a golf course for over 100 years! As a result, exploration of this enclosure is restricted to a few observation points. 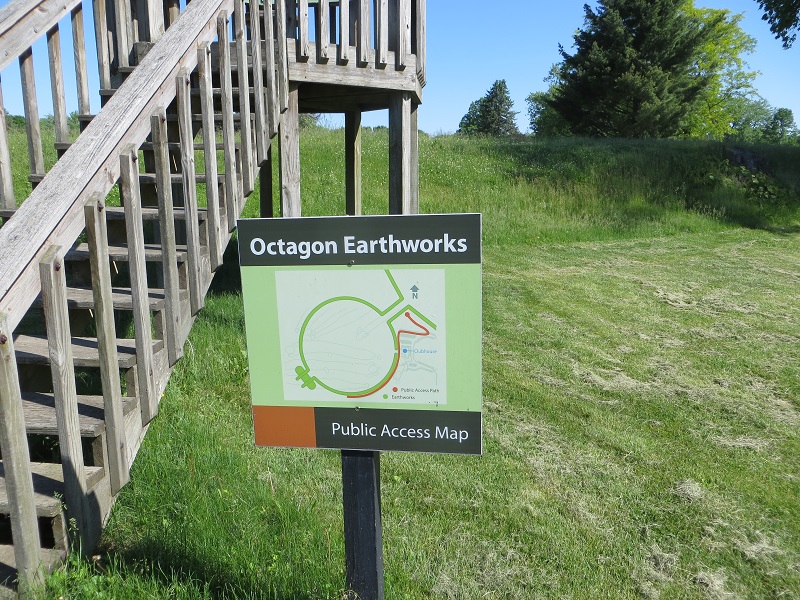 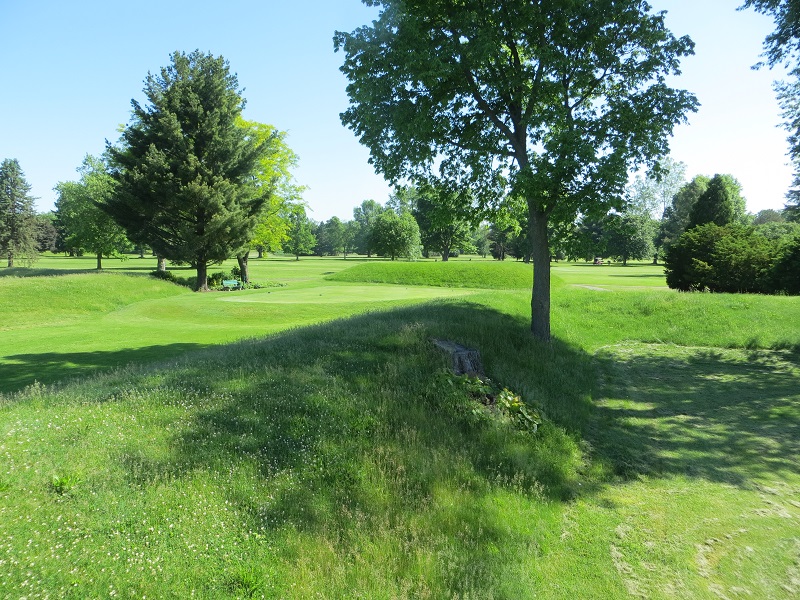 Setting a golf tee in the middle of prehistoric earthworks is certainly an interesting adaptation of a world class archaeological site. 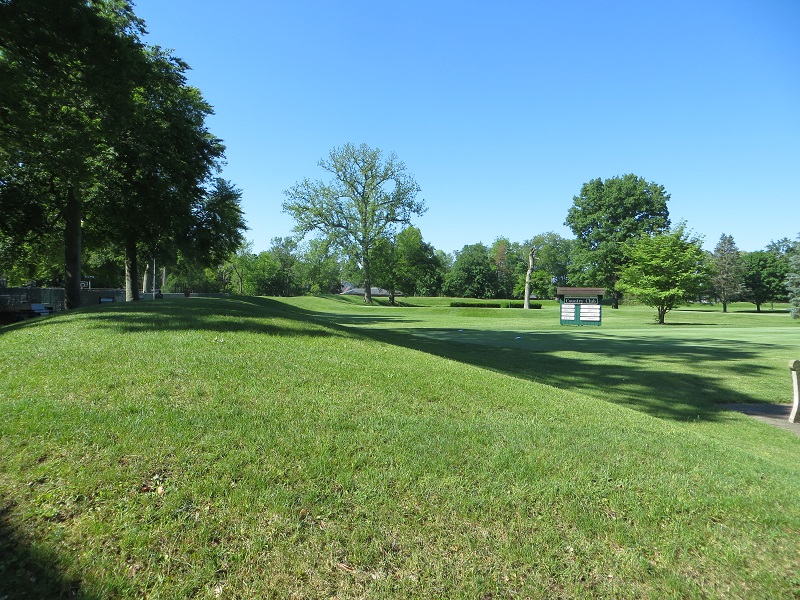 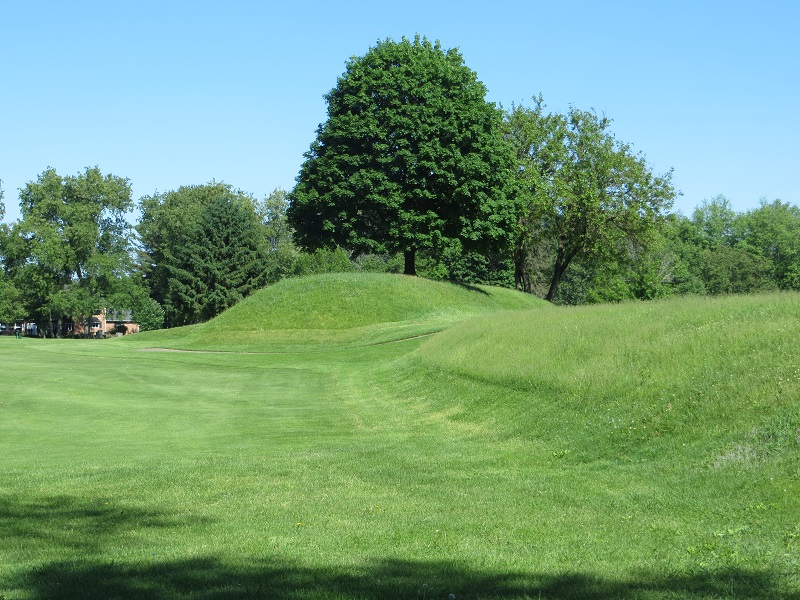 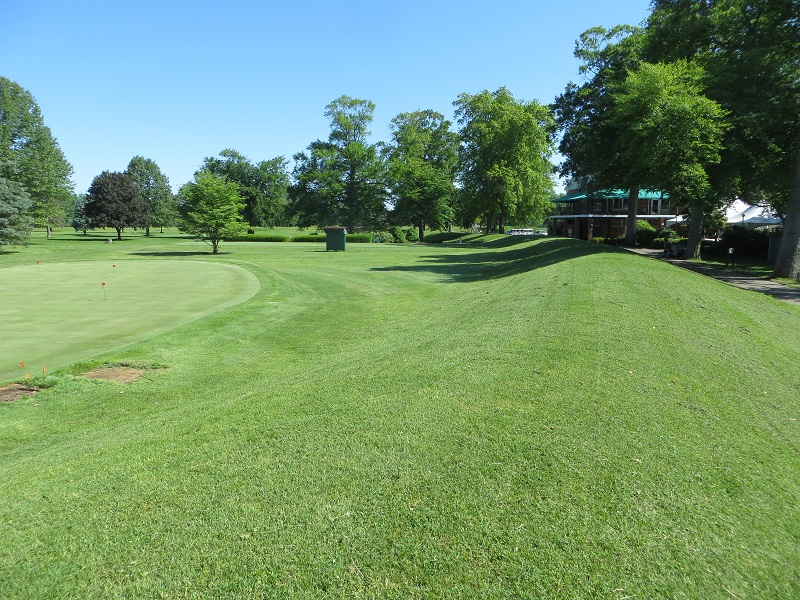 At one time, the two enclosure complexes were connected by a series of walled walkways to guide people from one complex to another. Can you imagine what it would have been like when people gathered for ceremonies held in the enclosures?  Despite the golf course, the enclosures are truly worthy of World Heritage designation! 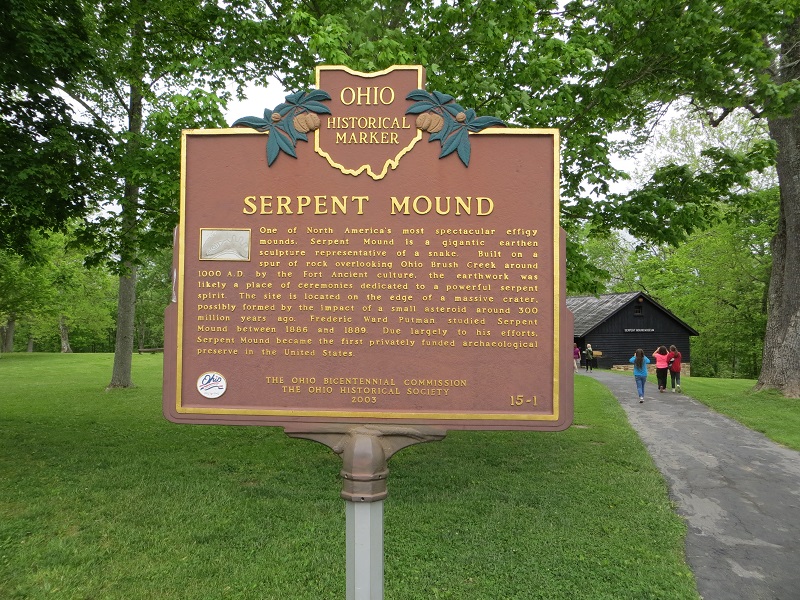 Where the Newark Earthworks have precise lines and shapes, Serpent Mound east of Cincinnati, is a work of art. At over 1300 feet long, the three-foot high mound unwinds from its coil and snakes around to a bluff overlooking a creek down below. At its mouth, it appears to be swallowing an egg. Serpent Mound is a special place of beauty and also worthy of World Heritage designation. Like the Newark earthworks, the serpent would have been built one basketful of dirt at a time. 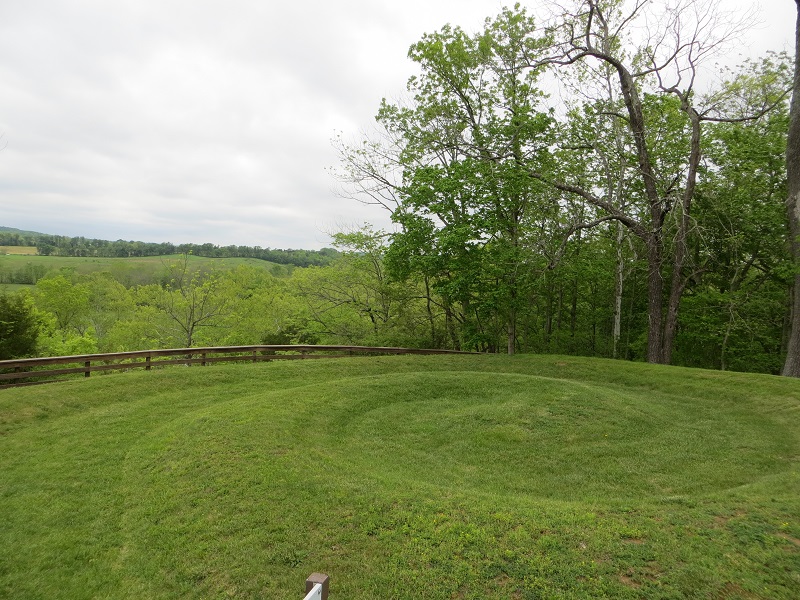 Here’s the serpent uncoiling from its tail. 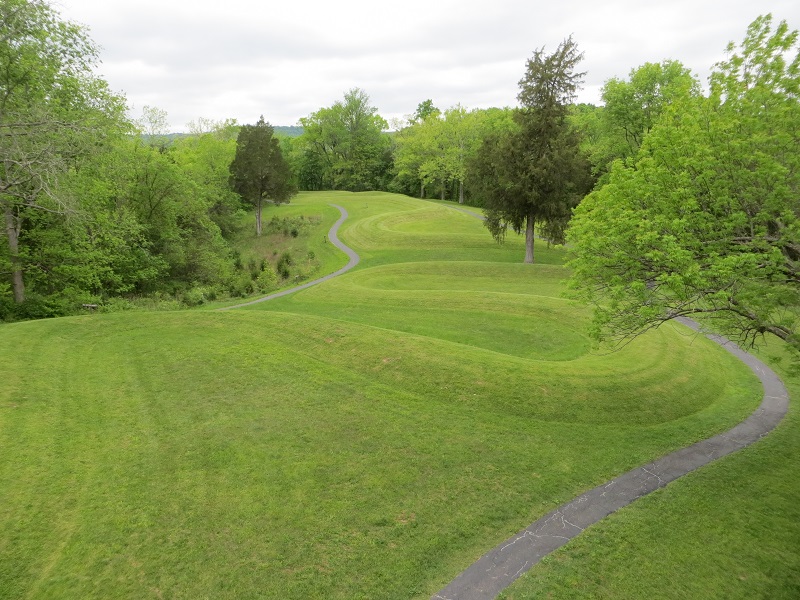 From the tail, the serpent snakes its way to the end of the bluff. 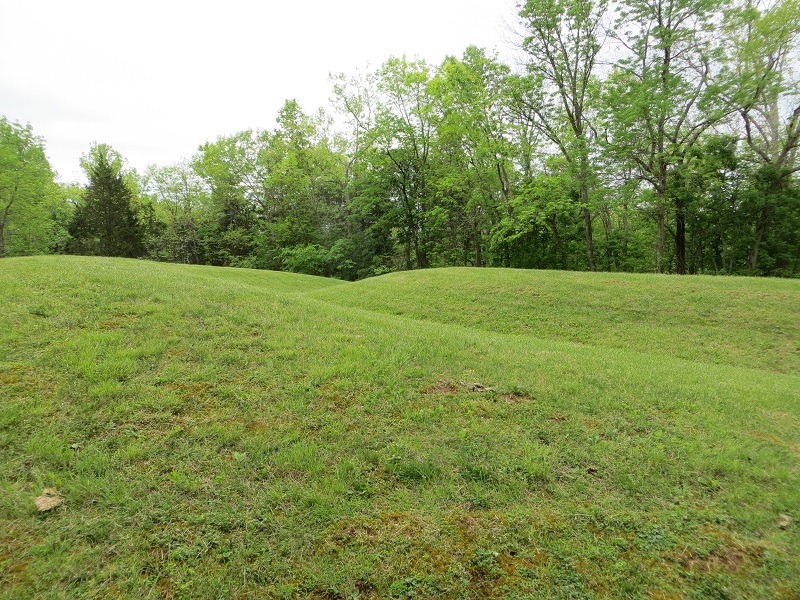 Here’s the mouth of the serpent swallowing the egg. 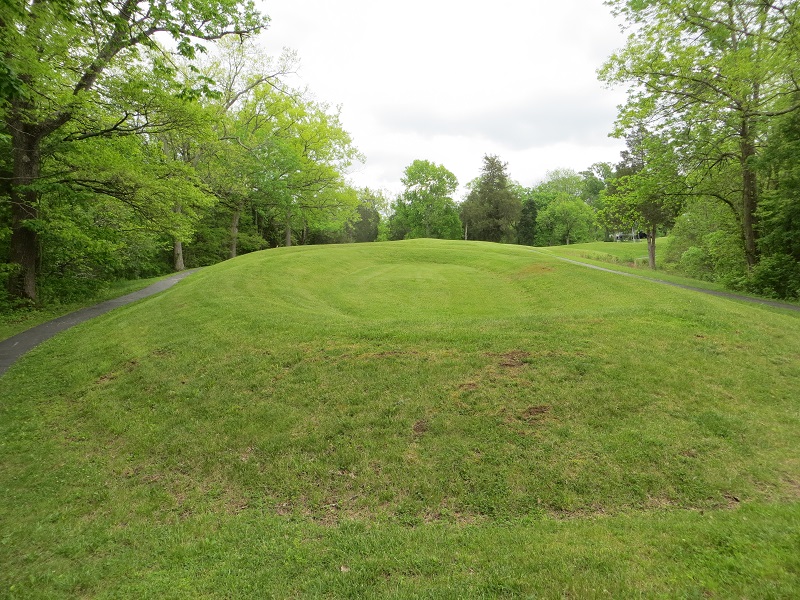 And here’s the egg waiting to be swallowed. 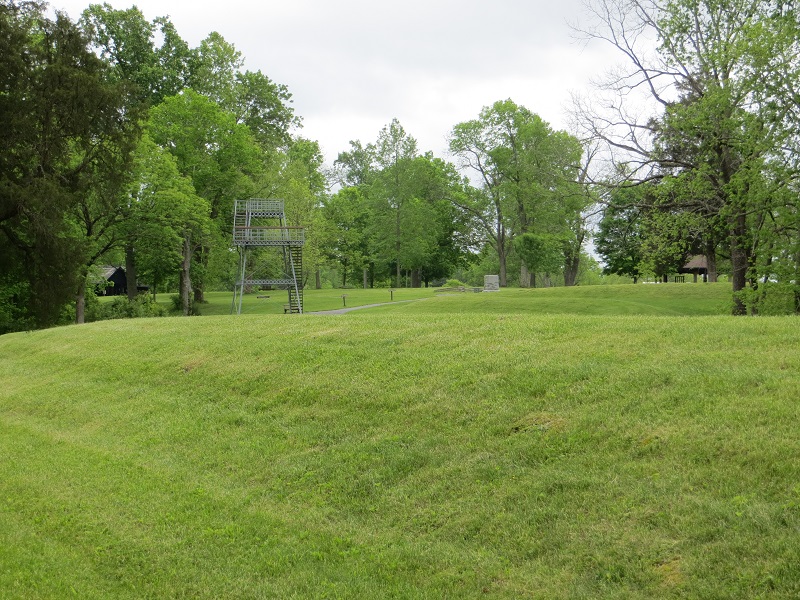 There is a nice observation tower to get a better look at the serpent. But it would be fun to have a drone’s eye view. Regardless, this place is awesome!

Pictures do not do either of these sites justice. It is only by walking around them that you can feel their true impact. And when you think of what it took to make them, you can’t help but to be amazed. So if you are driving across Ohio, you won’t be disappointed by taking the time visit either one of these two very special places.