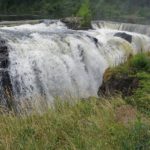 Paterson, New Jersey is only 15 miles from Manhattan and can be for some one of the most interesting places to wander on the East Coast. It is a very diverse and urban city that has experienced economic decline as its industrial base vanished. In the middle of its urban core is one of America’s great natural wonders, the Great Falls of the Passaic. 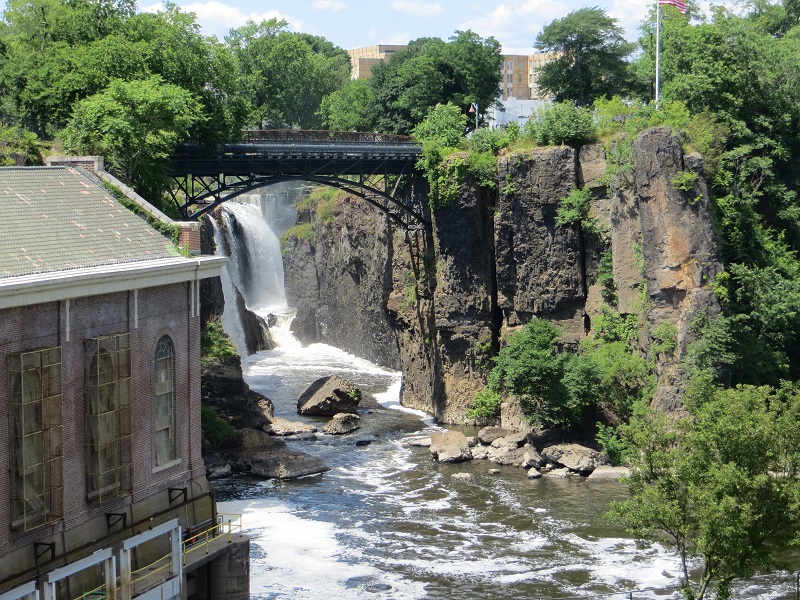 The idea of developing an industrial city by the falls came about when George Washington and Alexander Hamilton had a picnic above the falls in 1778. Although most of the nation’s Founding Fathers envisioned a nation based on agriculture, Alexander Hamilton saw a future based upon commerce and manufacturing. To him, the 77-foot falls were a potential power source to drive mills in a future manufacturing community below the falls. In 1792 Hamilton founded the Society for Establishing Useful Manufactures (S.U.M.) to harness the falls and develop the manufacturing community that he envisioned. 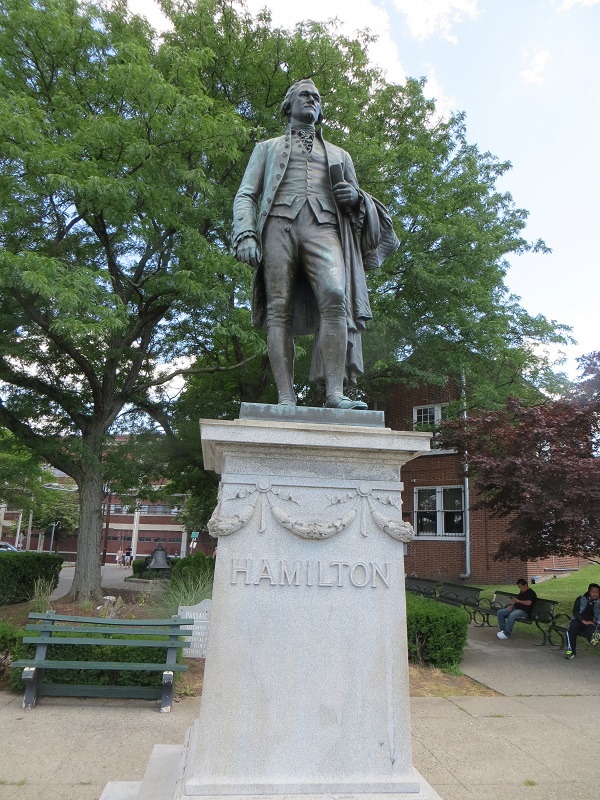 Here’s a statue of Alexander Hamilton overlooking the falls.

With its combination of natural wonders, history, and grittiness, Paterson seems to have a force that attracts attention. William Carlos Williams wrote an epic poem as long as a novel about the city and appropriately named it Paterson. I read the poem and will probably have to read it again before I understand it. In 2017, Jim Jarmusch released his indie film Paterson. The movie stars Adam Driver as a bus driver named Paterson who drives a bus in Paterson and spends his lunch hour writing poetry while looking at the falls. If you’re okay with a story that takes its time in revealing its plot and just follows life as it moves along, you’ll like this movie. This is not an action adventure movie.

Paterson is also where boxer Rueben Hurricane Carter was accused and wrongly convicted of murder. Check out the Denzel Washington movie The Hurricane for more on this story. It was while doing research on the trial for a magazine article that Chicago-based author Nelson Algren decided to move to and spend his remaining days in Paterson. If you’re into gritty, you’ll like his books.

I personally have enjoyed checking out the falls when traveling in northern New Jersey and was fortunate to have the opportunity to visit them again last year with my daughter. We took the train from Manhattan to spend an afternoon wandering around Paterson.

After stopping at a White Castle for a quick snack, we walked across the center of Paterson toward the falls: 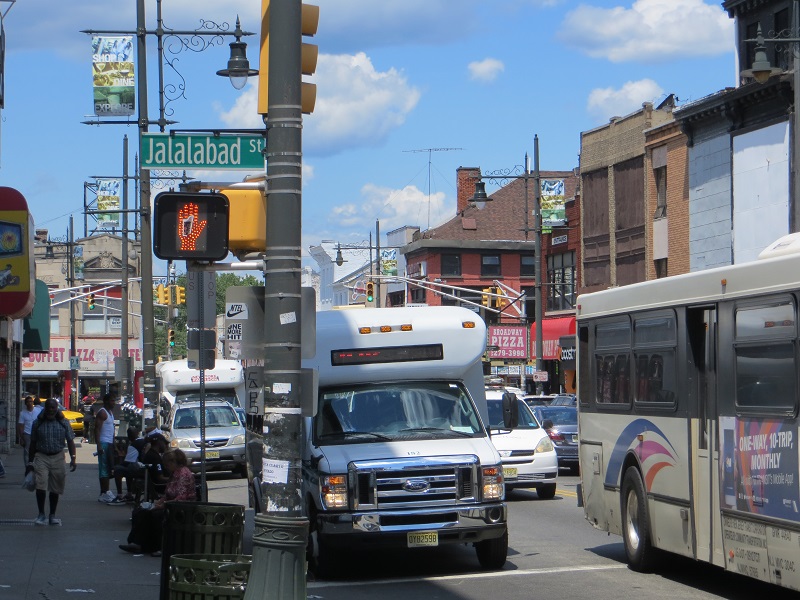 All of the streets were full of people from all nationalities. This street name sign obviously signifies Paterson’s large Middle Eastern and Asian population. 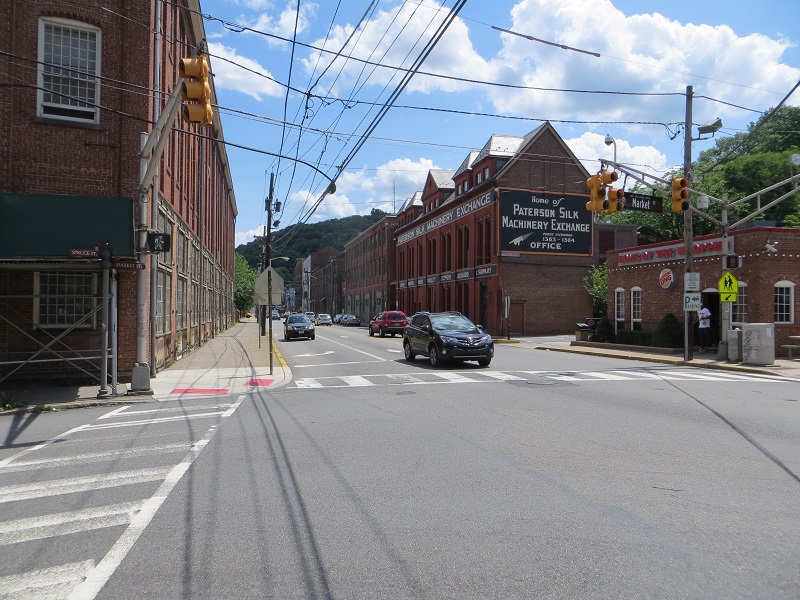 As we got closer to the falls, we passed some of the old factory buildings that have now been restored. This street was not nearly as lively as the center of town. 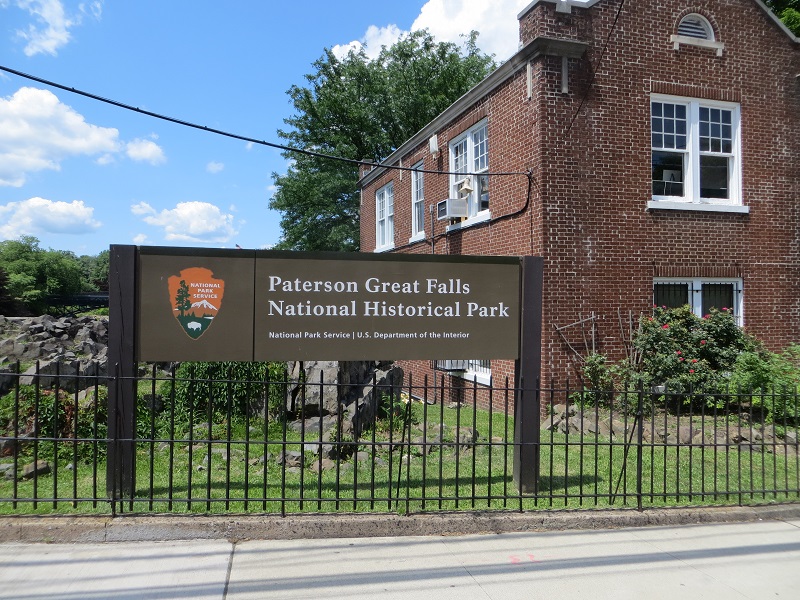 In an effort to boost the economy of the Paterson, the old manufacturing area near the falls is being developed into a National Park. 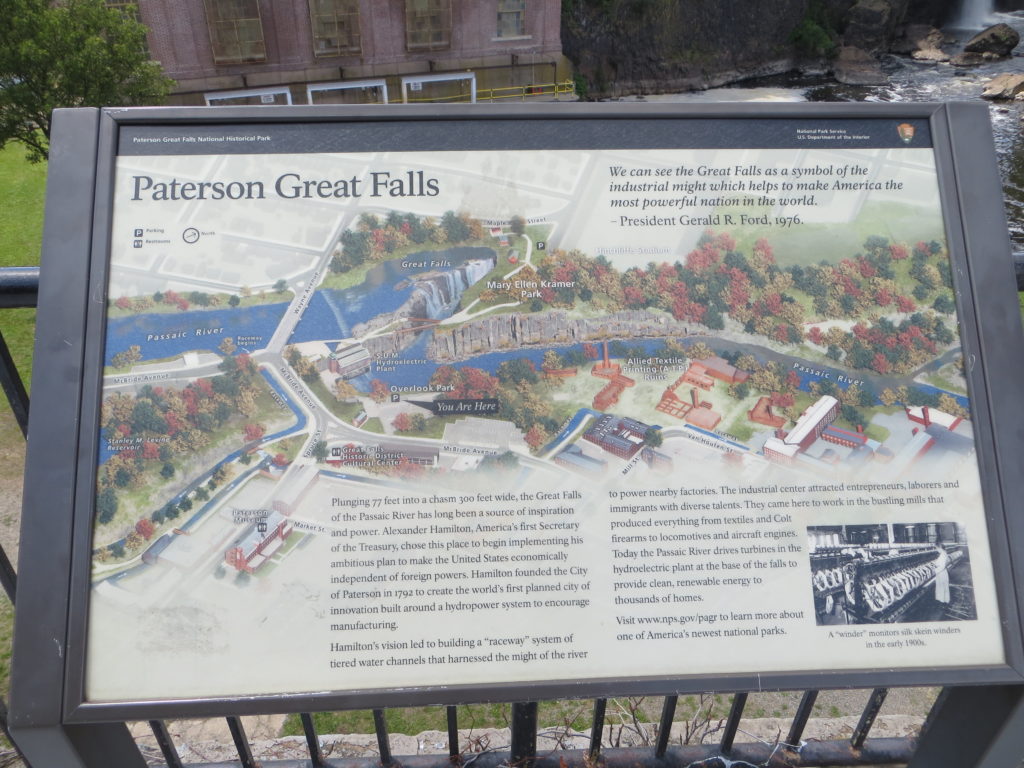 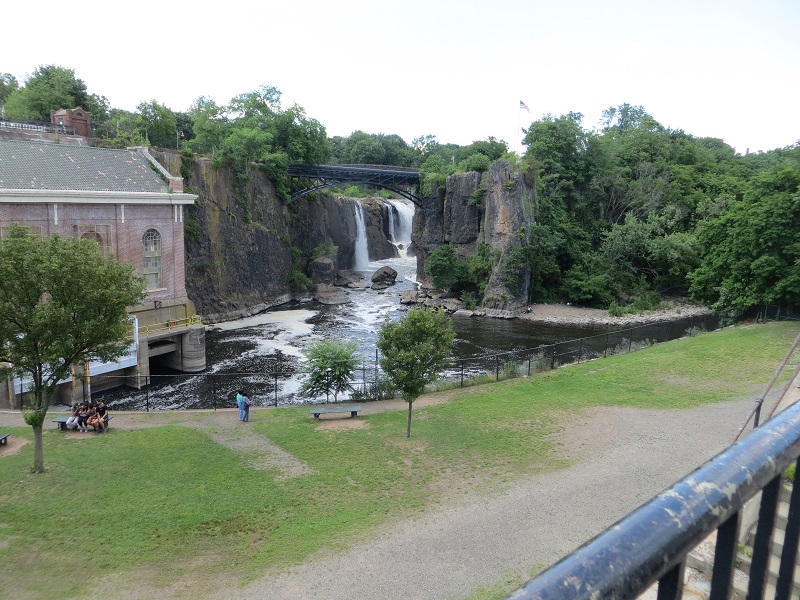 But the falls remain the main attraction. As you can see the falls plummet into a narrow chasm. The bench down below is where Adam Driver wrote his poems in the movie Paterson. To the left is a hydroelectric power plant. 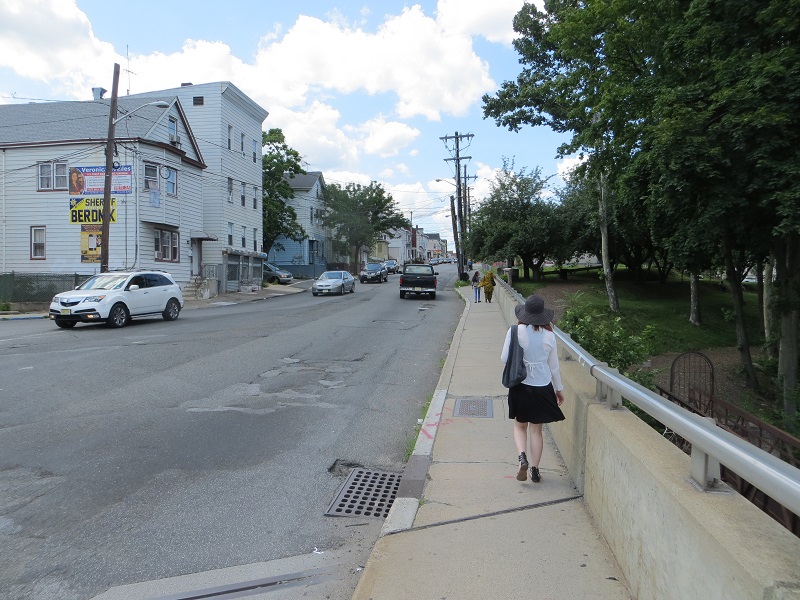 It’s quite easy to take city streets to check out the falls from the other side. 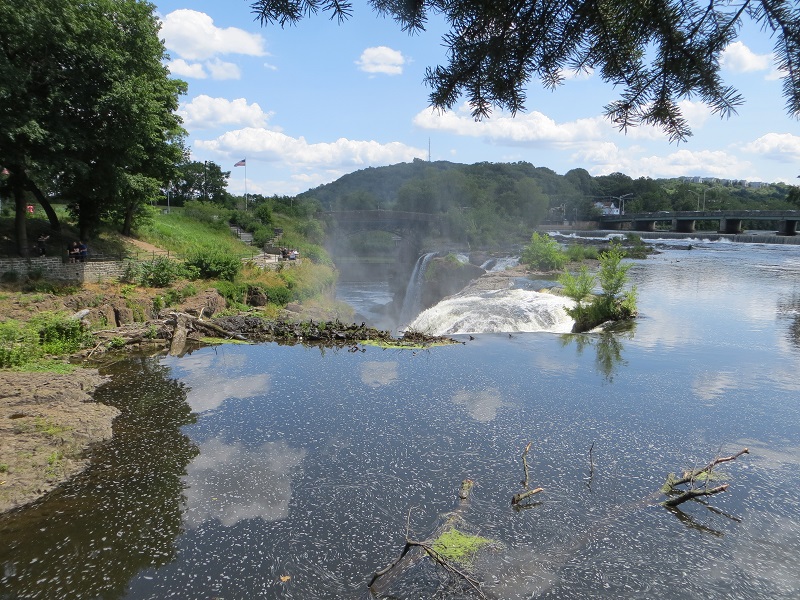 Here are the falls from the other side of the river. 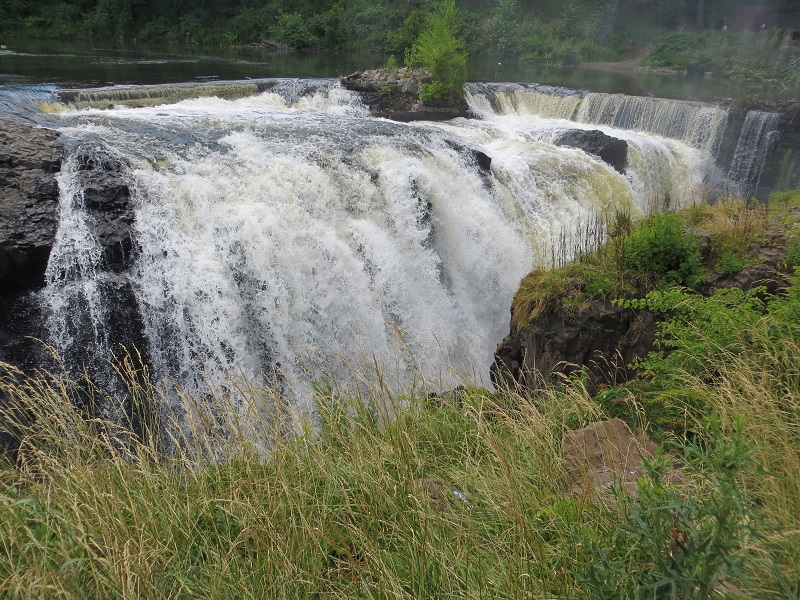 Here’s another look at the falls. The idea of water dropping into what amounts to a crack in the escarpment is very impressive. 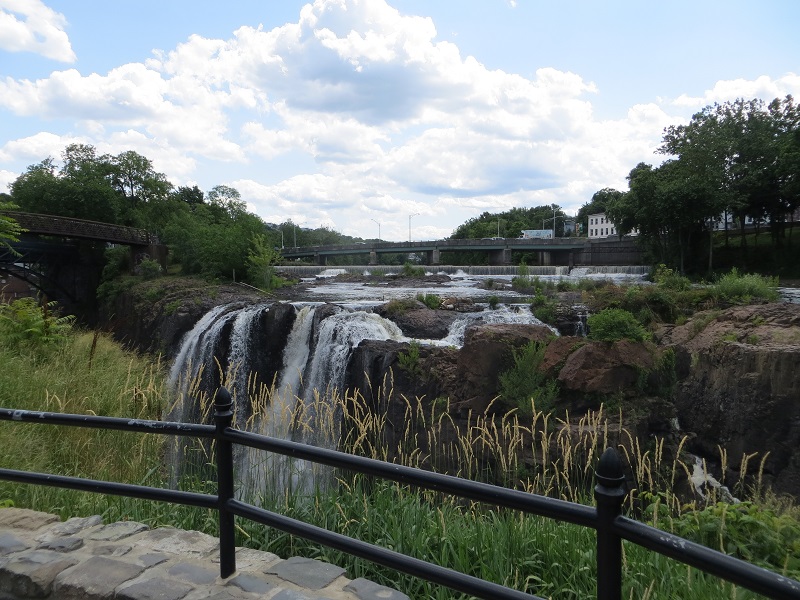 This picture gives you an idea how close houses are to the falls. It’s not too often that you have a natural wonder like this right in the middle of a city. 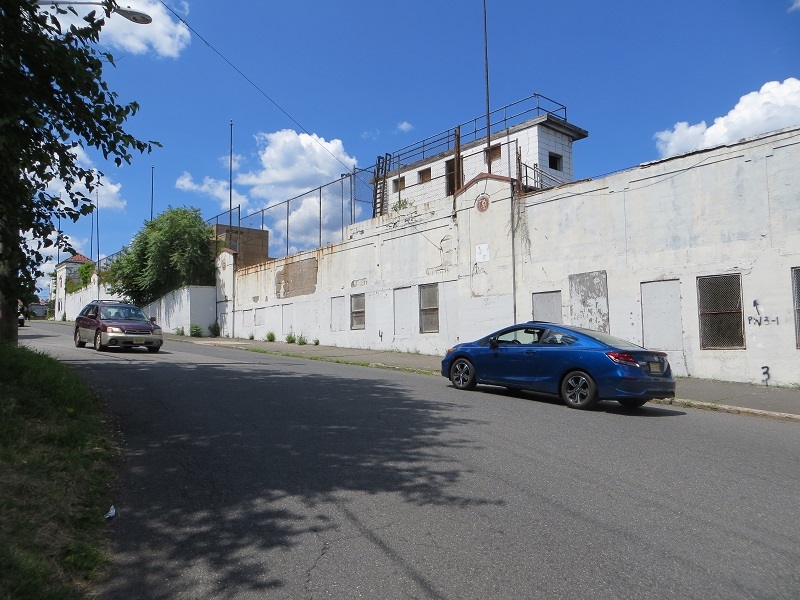 Just behind where the previous picture was taken is old Hinchcliffe Stadium. The stadium is in disrepair right now, but efforts are underway to preserve it as it is one few remaining stadiums where Negro League baseball was played. 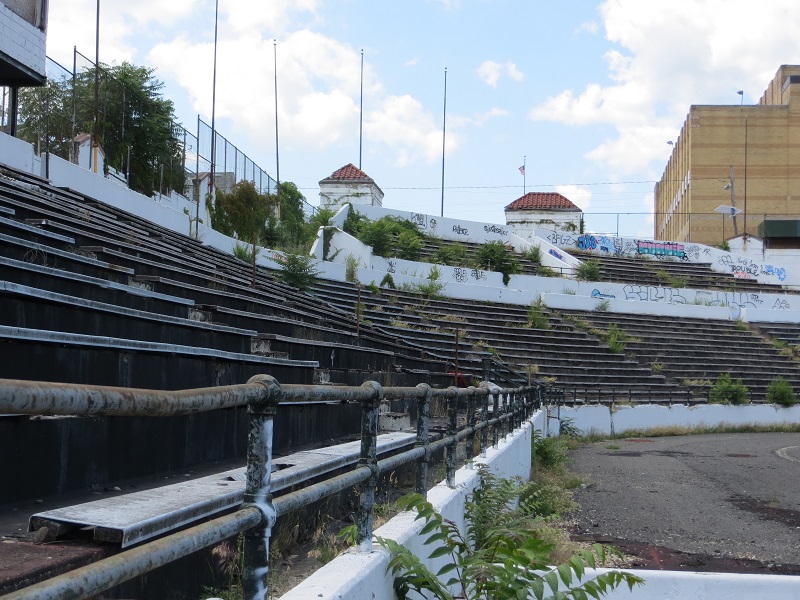 With gates almost always open, you can take a peek inside the stadium. As you can see, it’s going to be some time before the stadium is usable again. 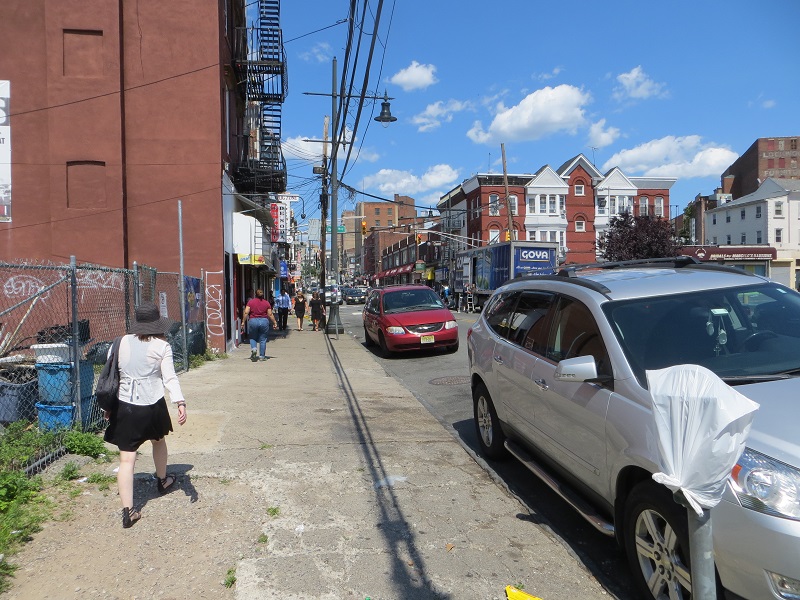 With it getting late, it was time for us to head back to the train station. 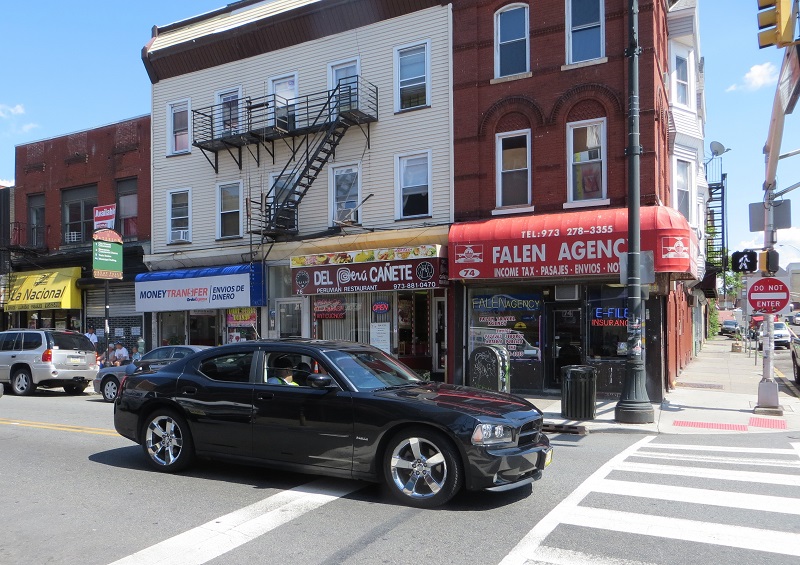 Along the way we must have passed two dozen Peruvian restaurants. Had I know that they were there, I would have made plans to stay for dinner. It turns out that Paterson has the largest Peruvian community in the country and is sometimes called Little Lima. Paterson also has the highest Arab population next to Dearborn, Michigan. With all of it ethnic diversity, Paterson is becoming a “foodie” destination. 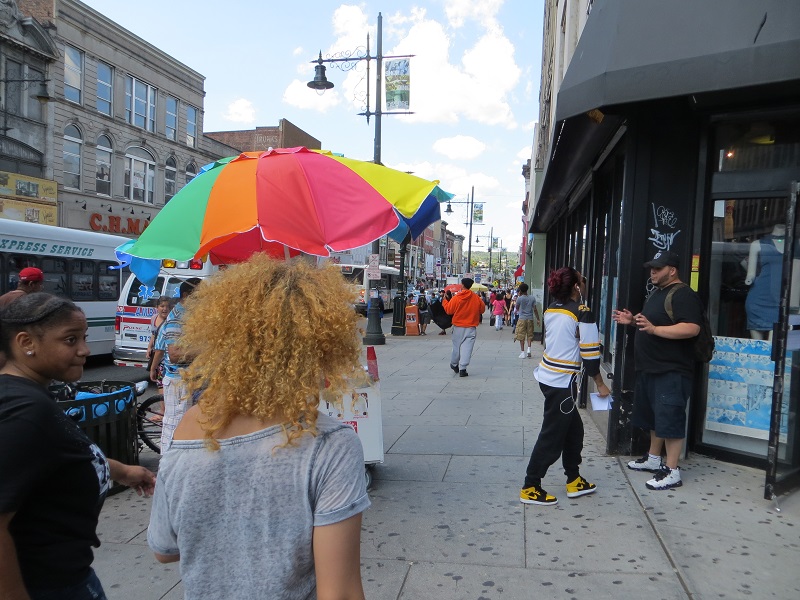 The streets continued to be lively and diverse all the way to the train station.

I hope these pictures show how interesting a town like Paterson can be. I know that I am looking forward to visiting again. Next time I will plan on spending more time exploring the old factory area and make sure I stay long enough to try out one or two different restaurants.