A few years ago I saw the movie Into Great Silence. It was about a monastery in the French Alps where the monks only speak when they take their weekly walks outside the walls of the monastery. The movie had no voiceover narrative or soundtrack. It just followed the monks as they moved through the day picking up the sounds of doors creaking and of soft footsteps walking through the cloister. It was a remarkable display of peacefulness.

This past Sunday, the dogs and I drove out to the backcountry about 50 miles southwest of Albuquerque to walk through a tract of BLM land. Our plan was to check out a specific area, but when we started walking it was so quiet and wonderful that we ditched the plan and just walked.

The only sounds were the cheep, cheep, cheeps of small birds, the occasional flapping of wings, and the once in a while scurrying of a startled rabbit. There was some snow on the ground and a bit of mud. But not so muddy that it would suck your boots off. There was just enough moisture on the ground to soften the soil so that the sound of our footsteps was muffled.

We walked to a mesa top, and there we could walk for miles without interruption. The only motorized access to the mesa top is through a locked gate. And with no cattle running on top, there was no reason for a rancher to be there. And with the locked gate there was no way for gun enthusiasts, hunters, or off road vehicles to come on top to disturb the quiet. 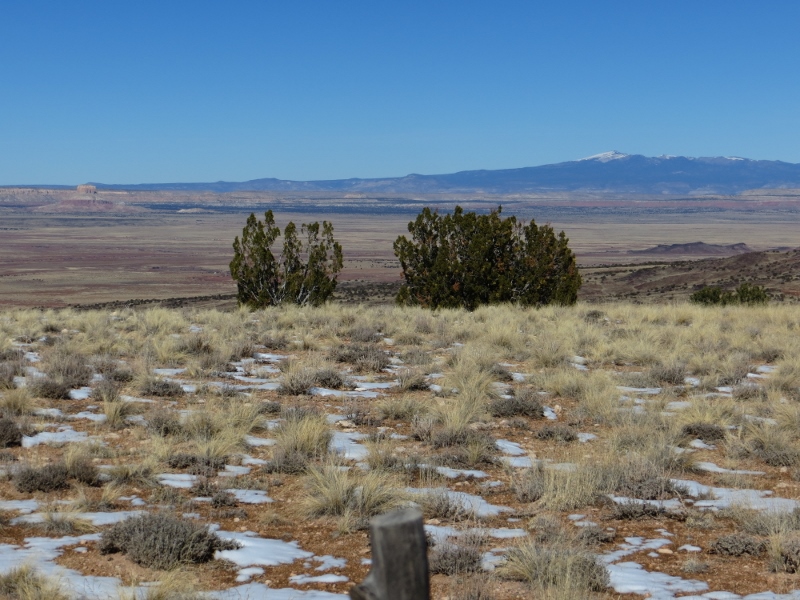 Looking northwest from the mesa top toward Mount Taylor.

We were far enough away from the road that there was no road noise. There were no power lines humming overhead. There were no water pumps going off and then back on to fill a nearby cattle tank. We could walk for miles in any direction before running into any type of development that could create noise. It was quiet.

There was gorgeous scenery in the distance. But it was not close enough to change the nature of our walk. We were just following a fence line in total peacefulness. It wasn’t until we were 45 minutes into our walk that I noticed the slight roar of a commercial jet airplane flying overhead. 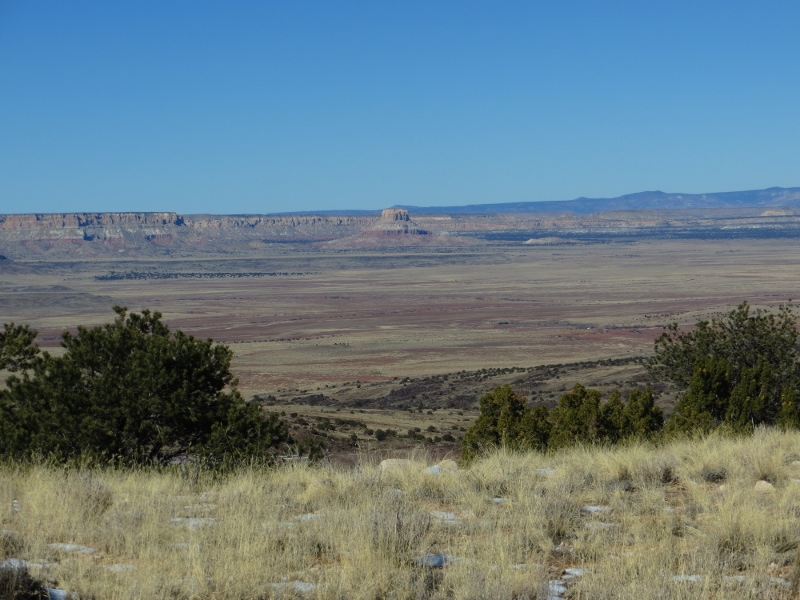 There was plenty of amazing scenery in the distance. 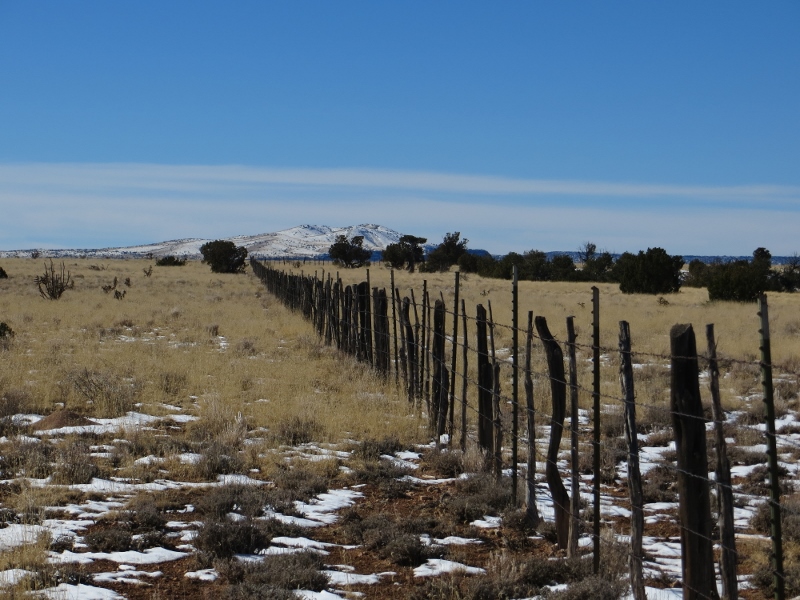 But we were keeping it simple by following the fence line.

I made a point to notice when the next plane would pass over us. It came 21 minutes later. It was 27 more minutes before another plane flew over. As we went further into the day the planes were a bit more frequent, but it was still very quiet.

Gordon Hempton is an audio ecologist who has spent his career documenting quiet places around the world. He defines a quiet place as a location where you can go fifteen minutes or more without hearing a manmade sound. With the advent of commercial aviation he knows of only twelve places in the United States and no place in Europe that he would call a quiet place.

I am not sure if the place where we were walking would meet Gordon Hempton’s definition of a quiet place as the military oftentimes flies helicopters and airplanes in the general vicinity at very low altitude for air rescue training. But on this Sunday morning, it was a quiet place.

And it was amazing. Without the interruptions of daily life, noisiness, or excess stimulation there is nothing in a quiet place to keep you from being present. Connected only to what is right here right now! And letting yourself being aware of everything that is around. And if you are of a religious or spiritual bent, being connected to all of creation.

When I stopped to listen to the quiet, I could feel my softly beating heart go thump, thump, …, thump, thump, and then feel the blood pulse through my veins. I could even feel a pulse of energy brush across my face the moment before I could actually hear the sound from an airplane overhead. It was as if the sound waves from the plane’s engines were pushing the air molecules in front of it like a bow wake.

And just as I was feeling those molecules brush across my face I could look up and see the plane’s contrail over six miles above and many miles away. It was amazing. I still get goose bumps thinking about it. And I only hope you, too, have the opportunity to wander into great silence. 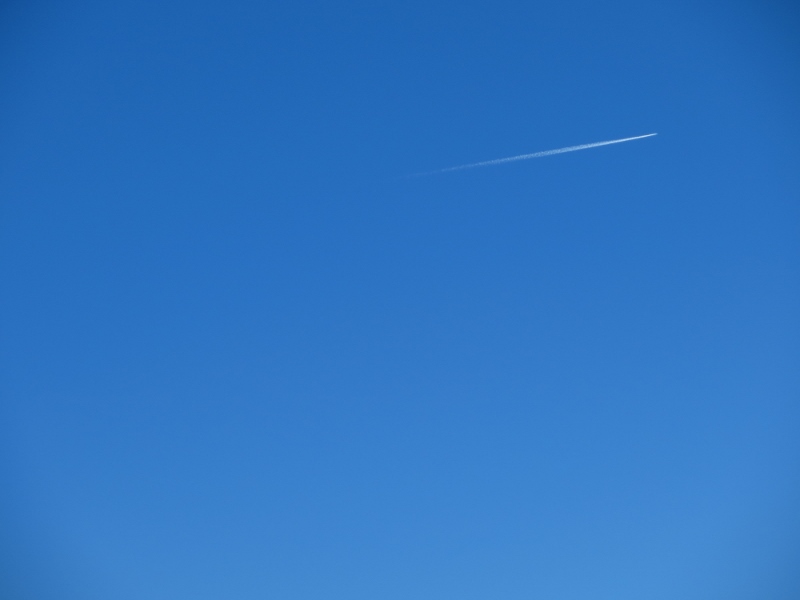 One of the few contrails we saw.