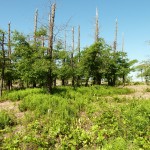 A major surprise for me (or surreal experience, depending on your point of view) when I hiked the Appalachian Trail in 1997 and 1998 was passing through an environmental Superfund zone just beyond Lehigh Gap in Pennsylvania. It made such an impression on me that I included a picture of it in the first edition (published in 2002) of Long Distance Hiking on the Appalachian Trail for the Older Adventurer. 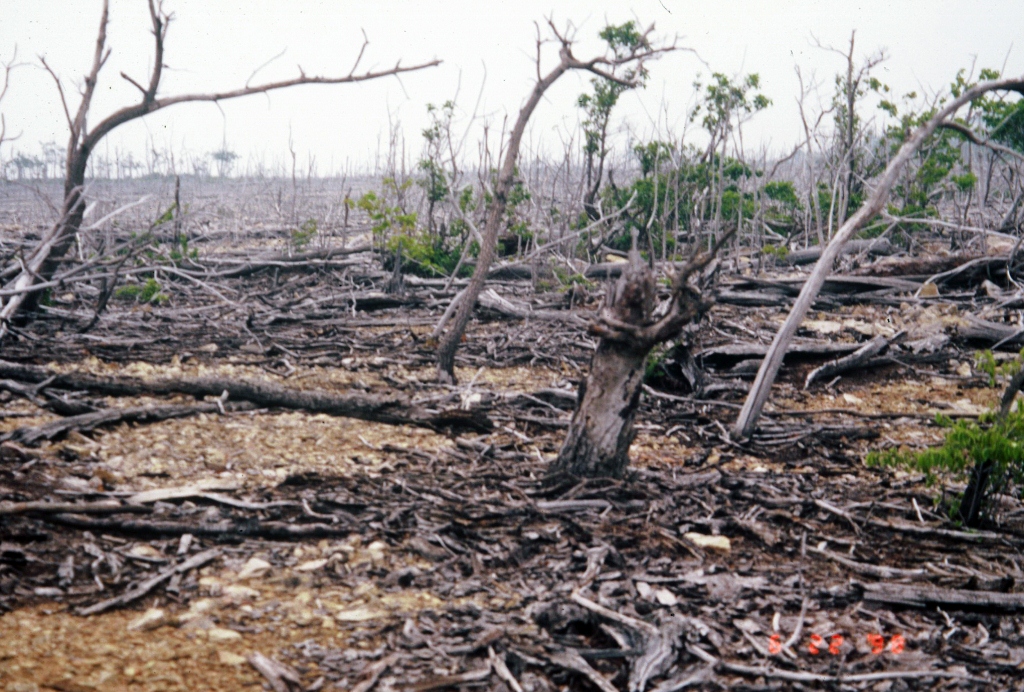 The destruction was the result of a zinc smelting plant in nearby Palmerton, Pennsylvania pouring out toxic chemicals and metals into the atmosphere for over 80 years. Not only did the toxins kill the trees; they also poisoned the soil so that the trees could not come back. The above picture was taken 18 years after the smelting plant closed.

The area was declared an environmental Superfund zone three years after the smelting plant closed in 1980. The organizations responsible for the damage have been fined and the funds are being used for cleanup. Cleanup work is still going on.

Because I mentioned the area in the book, I thought I should wander through the area again to make sure that the second edition (coming out in July) of the Appalachian Trail book has up-to-date information.

I managed to get to Pennsylvania about a month ago and started my wandering adventure a bit north of the disaster area. Because the cleanup is still in progress the Appalachian Trail has been temporarily rerouted to allow trucks and heavy equipment to access the work site. As a result the trail now runs closer to the edge of the mountain top and in some areas it goes through a lot of rocks. As I headed south through a brushy area I spotted a deer grazing, and rather than running away, the deer just watched me as I passed by.

After a mile of walking, I reached the heart of the disaster area and found that there are still many dead trees, 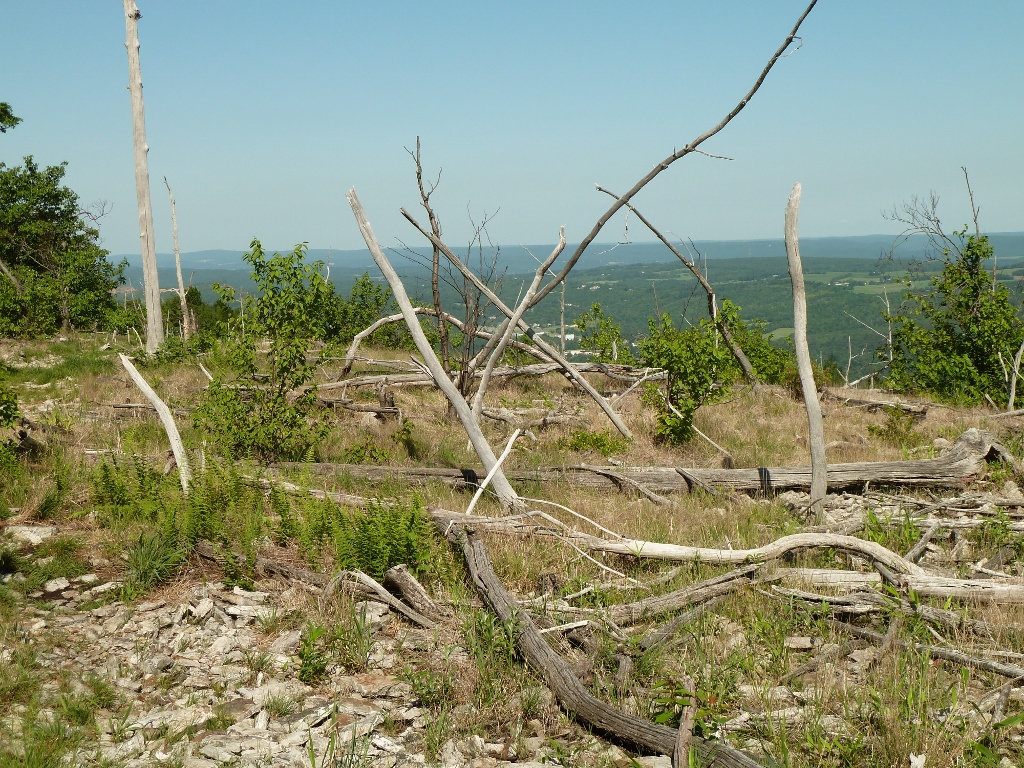 But the cleanup efforts are starting to pay off as new trees are clearly getting a foothold. 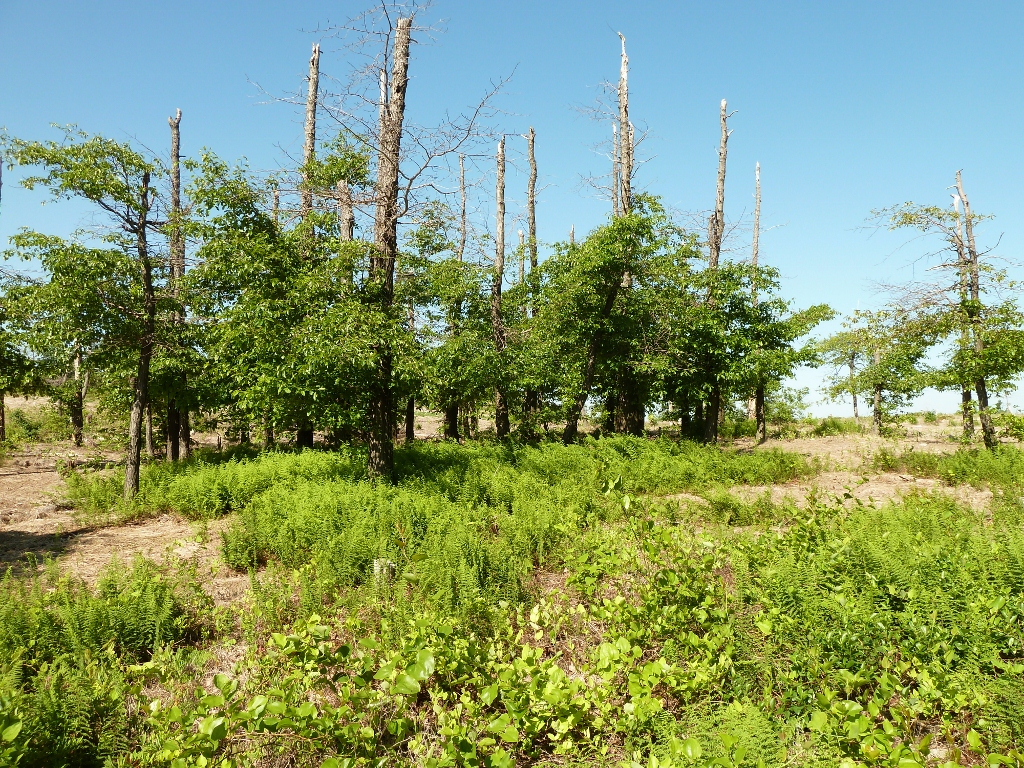 In a few years this might be forest, but in the meantime there are some great views of the valley below. 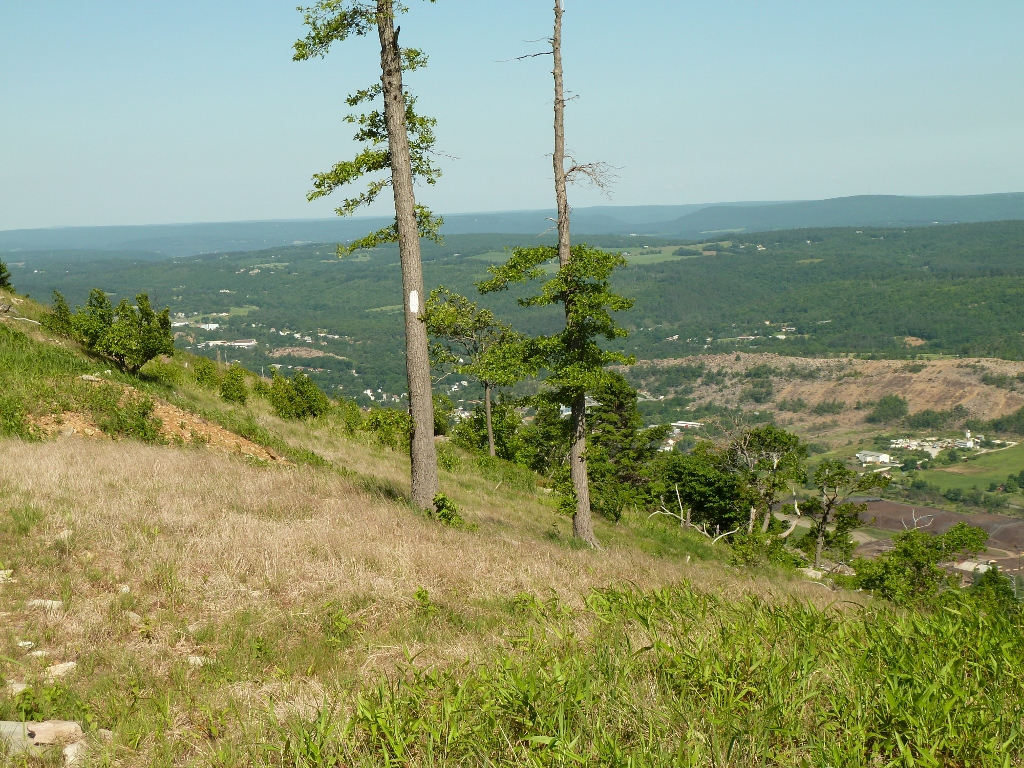 When I hiked through the area in 1998, this was the starting point for wild blueberries. From that point on they were non-stop all the way to Maine. I am sure I extended my hike by a few days by all the time I spent gathering berries on the rest of the hike.

And sure enough I found blueberries again right in the middle of the disaster area. This time they were not quite as ripe as the previous visit, as I was there about three weeks earlier than the first visit. I did, however, see a couple of ripe ones and ate them. I just hope the anti-oxidants in berries are enough to overpower the toxins in the soil. Maybe it would have been a bit smarter to wait until I was out of the Superfund zone before picking a blueberry. Oh well.

In addition to opening the mountain to views down below, the reduction of trees has also opened the area to hawks. The hawks can now see their prey on the ground and there were several flying in the air directly above me. Maybe they thought I was prey. 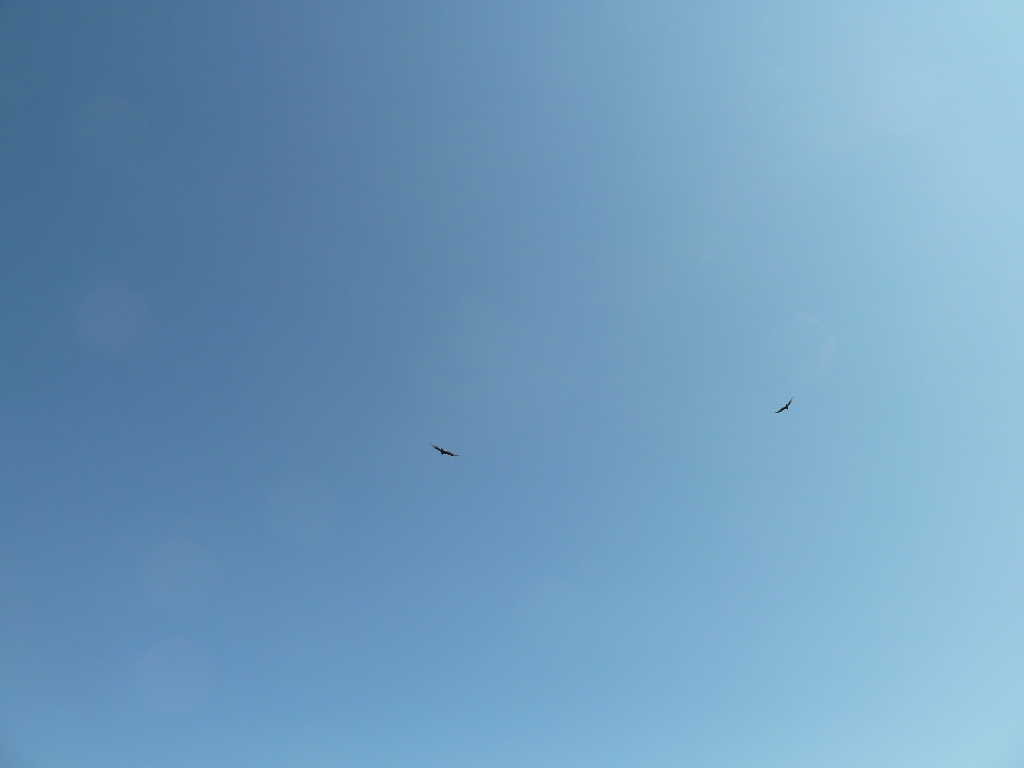 After another mile or two of walking through the Superfund zone it was time to turn back and go on to other adventures. As mentioned many times on this website and in the book The Gentle Art of Wandering, you can wander anywhere; even in an environmental Superfund zone.