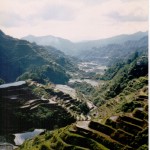 In the mountains near Banaue on the island of Luzon (Philippine Republic) Ifugao people have been carving rice terraces on the mountainsides for over 2000 years. Many people have called these terraces the Eighth Wonder of the World. My wife, Claudia, and I found the terraces to be an incredible place to wander when we visited them in January 1997.

Banaue is a long bus ride from Manila and when you get there you can walk up the main road from town towards the mountain pass to get a good look at the terraces. They are spectacular. There are terraces as far as you can see. They are not only something to see, they are also something to hear. The sound of dripping water is everywhere as the water works its way from the mountain tops through the terraces. 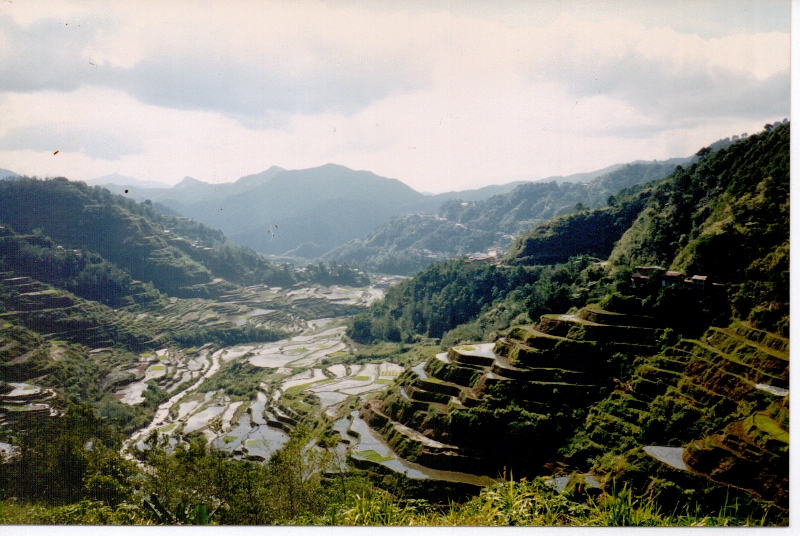 You’ll also run into the normal and expected tourist hustles, such as an old man in native costume offering to pose (for a fee) for your photo and locals selling crafts and food, at the viewpoint. Most of the hustles we ignored. But one young woman came up to us and offered to guide us through the terraces back to the town of Banaue.

The cost was a little more than we wanted to pay. Fortunately we found another man at the viewpoint to share the cost. He was from France and so good looking that he could have been a movie star. I am not sure if my wife ever took her eyes off of him. In addition to his looks he was very nice and thoughtful and had an amazing life. He spent seven months of the year working in the Riviera and the rest of the year traveling through the topics. I’m sure if we had spent more time with him we would have found out that he was brilliant, good at sports and good to his mother. One can only imagine.

As for the tour, it was worth every penny and more. As we dropped off the mountainside and into the terraces she took us through hidden paths that took us along the rice paddies and stone steps built into the terrace walls to get from one level to the next. As we walked we passed houses and settlements that could only be reached by foot. She even took us to the home of a woodcarver where we bought a small wooden Ifugao rice god statue. It was a true walking adventure. 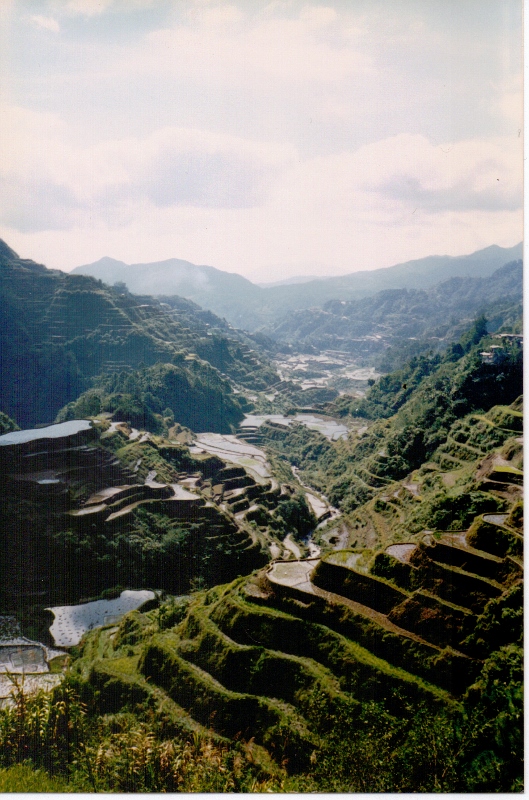 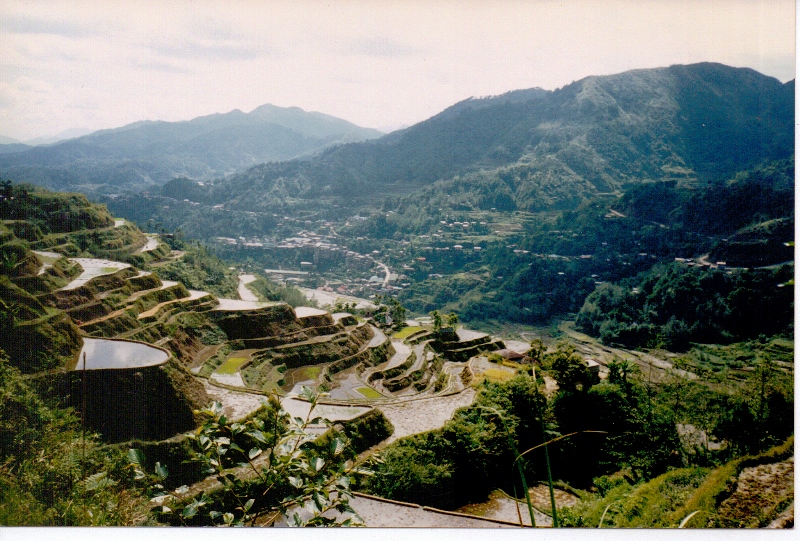 Without the guide it would have been hard to know where to turn to get back to town. 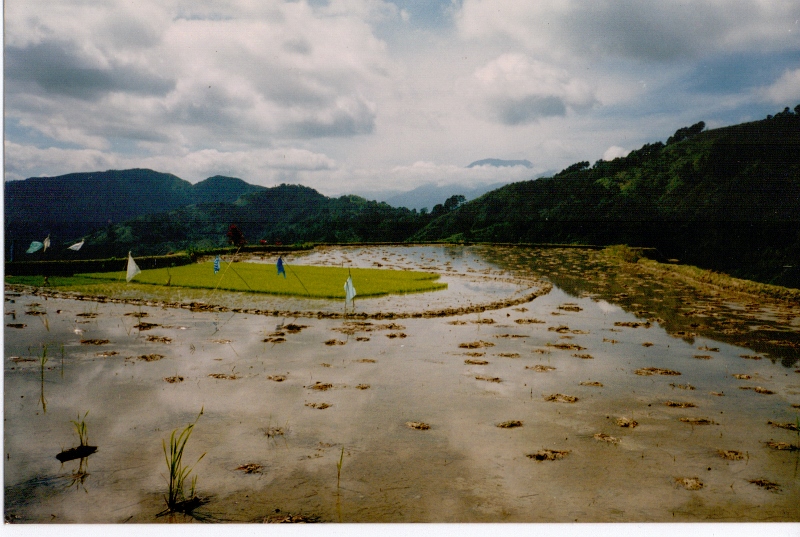 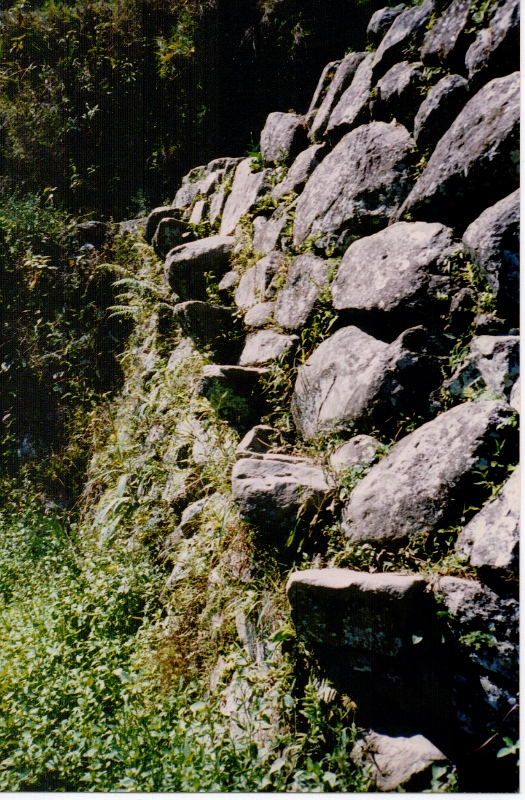 These stone steps allow you to go from terrace to terrace. We must have taken hundreds of steps to get back to Banaue.

When we got back to town we found a local map and saw that there were entire villages that could only be reached by foot. If you wanted, you could spend several days wandering through mountain foot paths and rice terraces to visit the villages.

Although we did not have time for a multi-day hike we did have time the next day to hike to one of the villages – Batad. The next morning we took a tricycle (a small three wheel motorcycle that carries passengers) on a very rough rock road to reach the start of the trail. If you ever visit the Philippines, you’ll find getting around to be very easy as there are tricycles, jeepneys, or buses to take you anywhere and everywhere.

From the trailhead we followed the footpath to the top of a mountain ridge. When we reached the ridge we could look out and see rice terraces everywhere. At the bottom of the terraces we could see Batad. And like the day before we found the hidden pathways and stone steps to navigate through the terraces to reach the village. 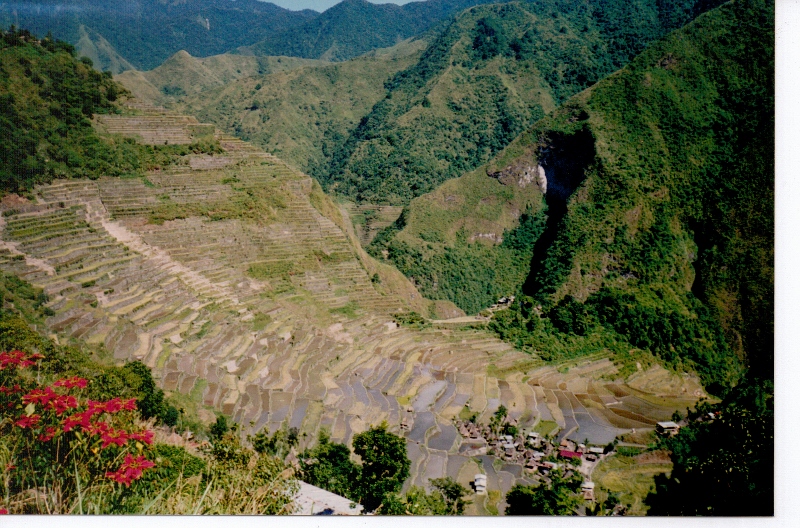 That’s Batad down below. 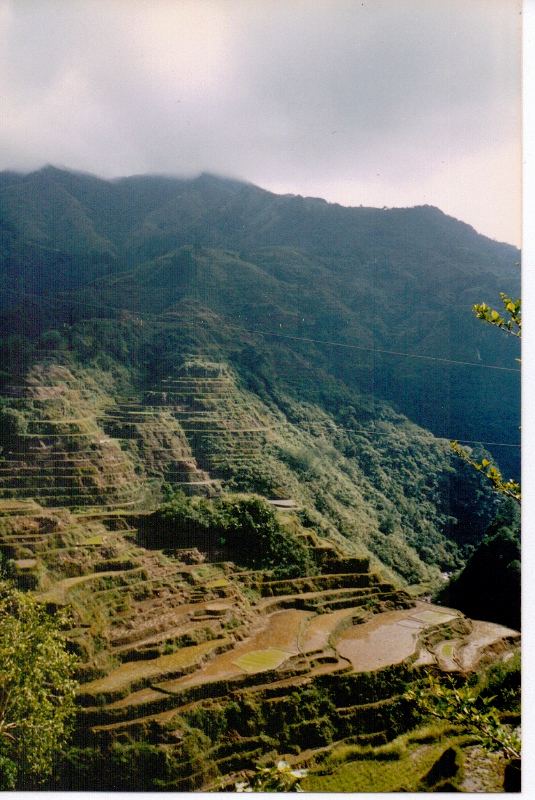 There were terraces in every direction we turned. 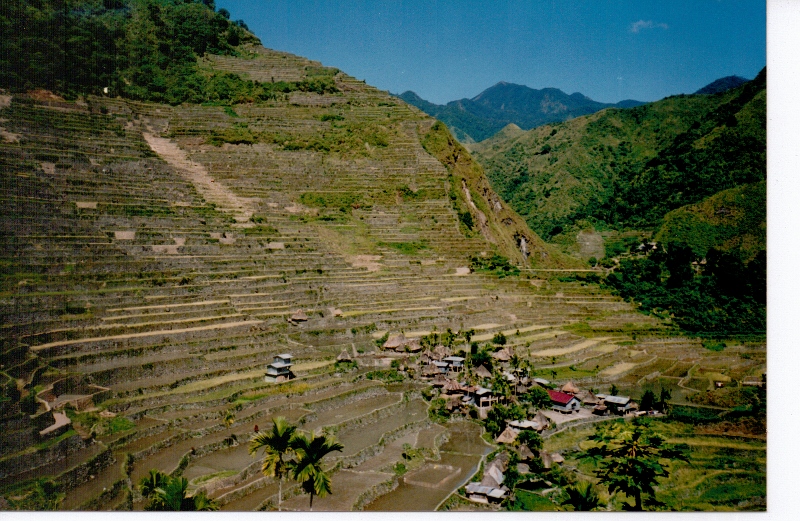 We eventually made it down to Batad. Now it is was time to get back up and back to Banaue.

After spending some time checking out the area, we headed back up the trail. Along the way we met many people returning from Banaue carrying supplies (cooking oil and other staples) on their backs and shoulders back to their village. Many of them had red stained lips from chewing betel nuts. Some people were traveling solo while others were in groups like a convoy. The convoys would have couple of men with rifles to protect them from robbers. It was almost like being in the Wild West and it was not always comfortable seeing so many guns. If you visit the Philippines you’ll see plenty of guns as most stores will have armed guards at the entrance. 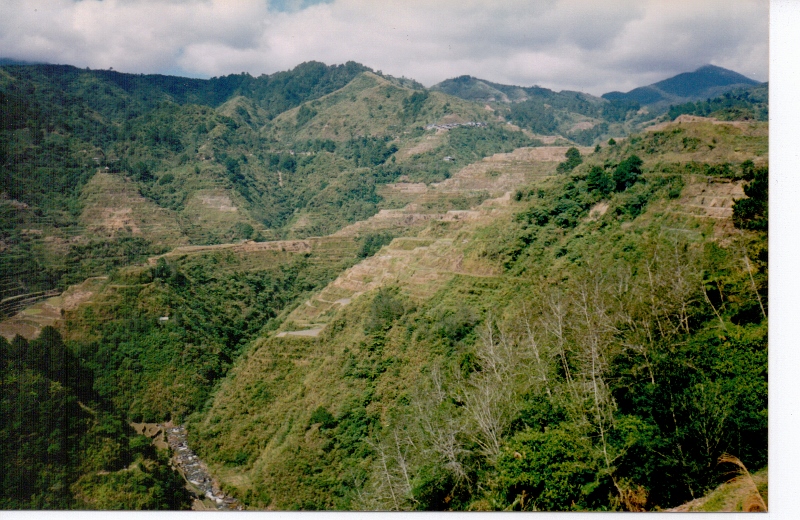 More of what you’ll find in the Banaue area. 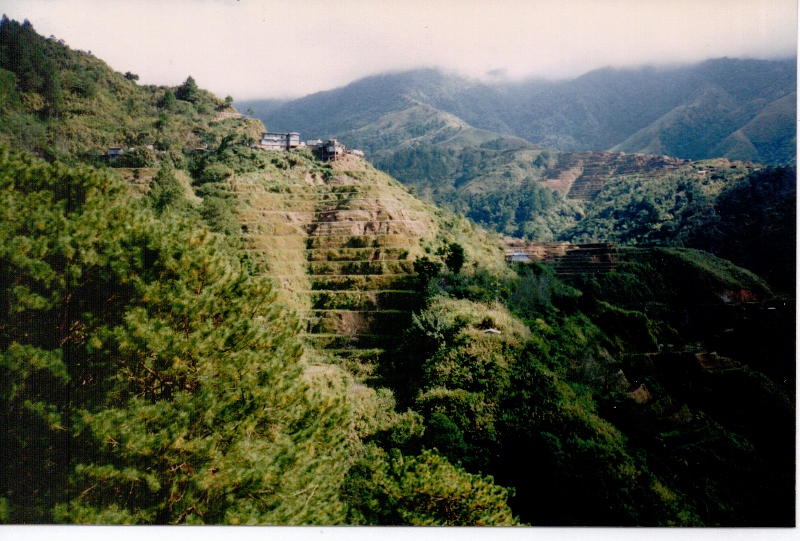 But if you can get around the cultural differences, you will find a hike like this to be a tremendous experience. We eventually got back to the trailhead and made it back to Banaue. From there we continued on with our journey.

If you find the idea of foot travel and visiting places that can only be reached by foot intriguing, the Banaue area is a place to consider. I am not sure what the conditions are like today, but if it is still safe to visit, I know I would love to go back and hike to the villages that require a multi-day hiking trip.