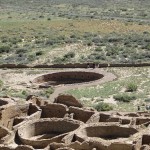 Chaco Canyon, in the middle of Navajo Country in northwestern New Mexico, is one of the most amazing places in the country, if not the world. One thousand years ago, it was the center place for the ancestors of today’s Pueblo Indians. Their enormous great houses, great kivas, and other structures defy the imagination. All were built with stone tools, without the aid of pack animals, in an area with very limited natural resources.

Their remarkable achievement was recognized by UNESCO when Chaco Canyon was named a World Heritage Site in 1987. There are only eight World Heritage Cultural Sites in the entire country.

With all this attention you would think that Chaco Canyon would be overrun by visitors. It’s not. In fact I am always surprised by the number of people I have met who live in New Mexico who have never been to the canyon.

Industrial tourism decried by Edward Abbey in his wonderful book Desert Solitaire has not hit the canyon. You won’t find any stores or restaurants at Chaco. The only accommodation is the campground. If it’s full, the next place to camp is over twenty miles away. And the last thirteen miles of your drive into the canyon will be on an unpaved road.

When you get there, you won’t find giant RVs and tour buses idling in the parking lots. You won’t have to enter a lottery or get a ticket for a specific time to visit a site. And you won’t find yourself on a nose-to-tail elephant walk as you wander through the sites.  You can take everything in at your own pace. And when you leave, you’ll be glad you made the effort to get there.

My wife, the dogs, and I recently revisited the canyon to hike to the Jackson Stairway. The stairway was built during the canyon’s occupancy and is named for the 19th century photographer of the old west – William Henry Jackson. The stairs are off limits for climbing but (as you will see) they are well worth the effort to hike there.

The stairway is above the canyon rim and can be reached by taking the Pueblo Alto backcountry hiking trail. The hike is a little more than five miles. 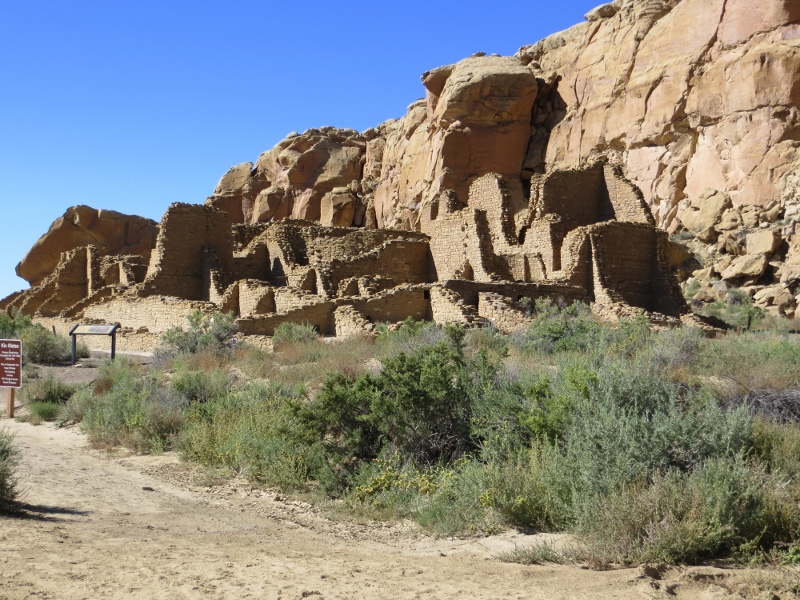 The trail to the top starts behind this pueblo (Kin Kletso). 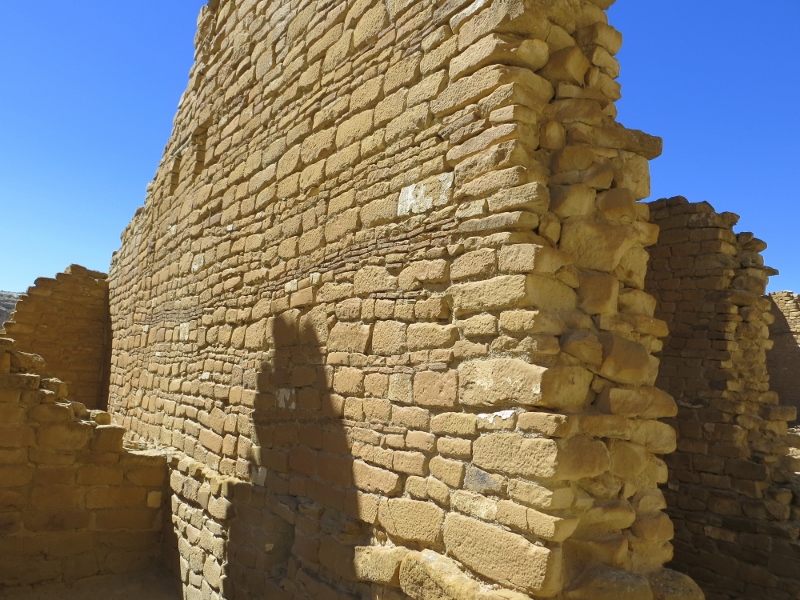 While walking behind the pueblo, you might want to check out the stone work. Keep in mind that when this was built, they did not have modern construction tools. 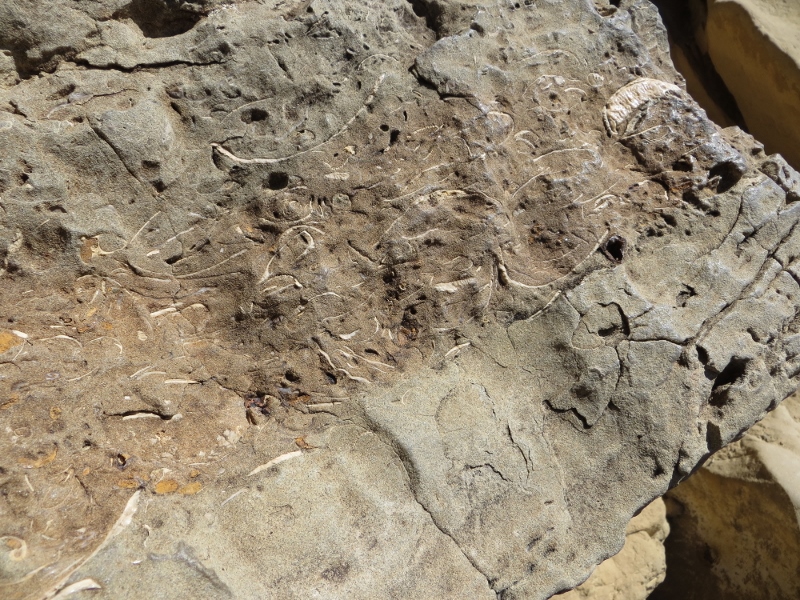 As you work your way through the rocks, you might run into this one full of sea shells from a long gone seashore. 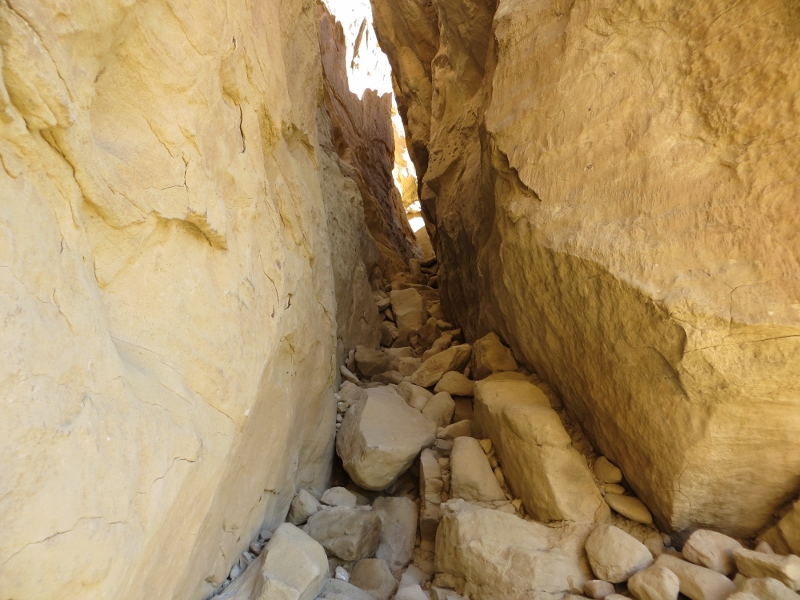 This crack in the rock will take you to the top. The ancestral puebloans who built the pueblo also used this route. If you want a challenge, try getting three dogs to go up this crack. 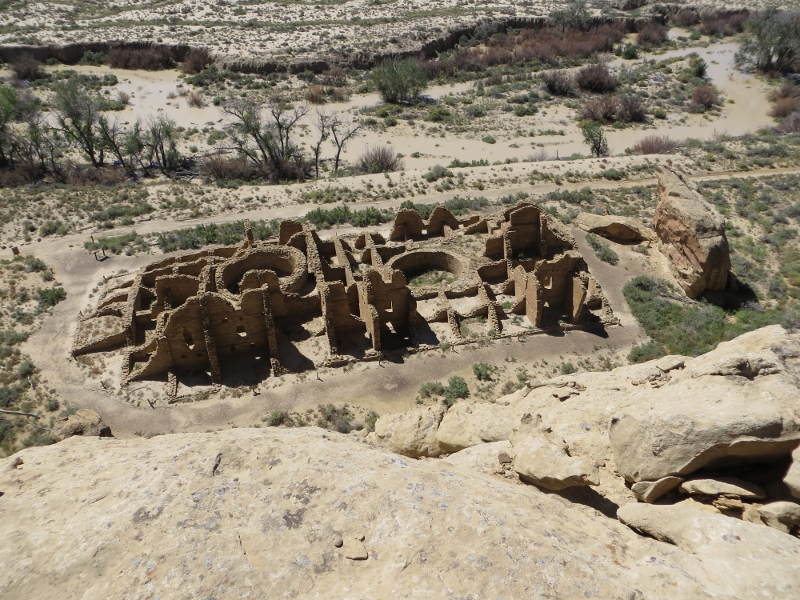 Once on top, we had a bird’s eye view of Kin Kletso. The circular rooms are kivas. They were probably used for ceremonies. 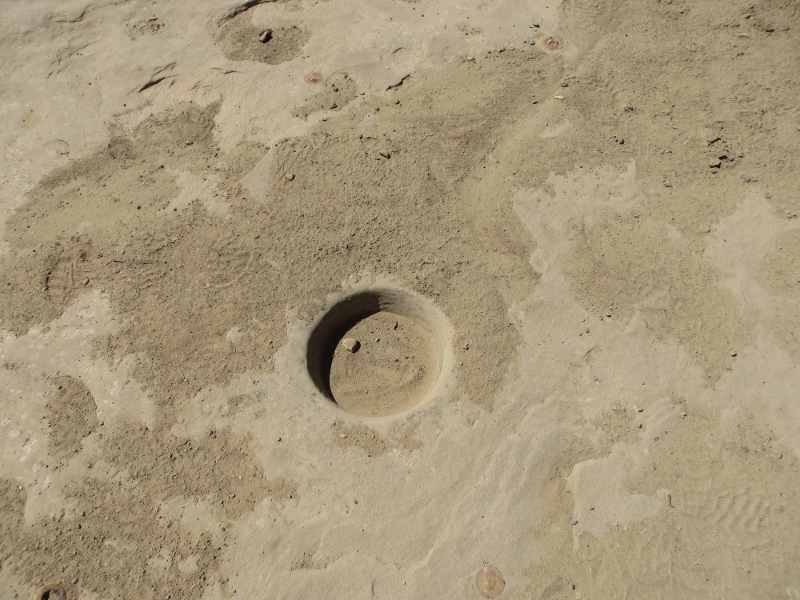 As we walked along the edge of the canyon wall, we saw this basin pecked into the sandstone. This was one of the many cultural and natural features that we saw as we walked. 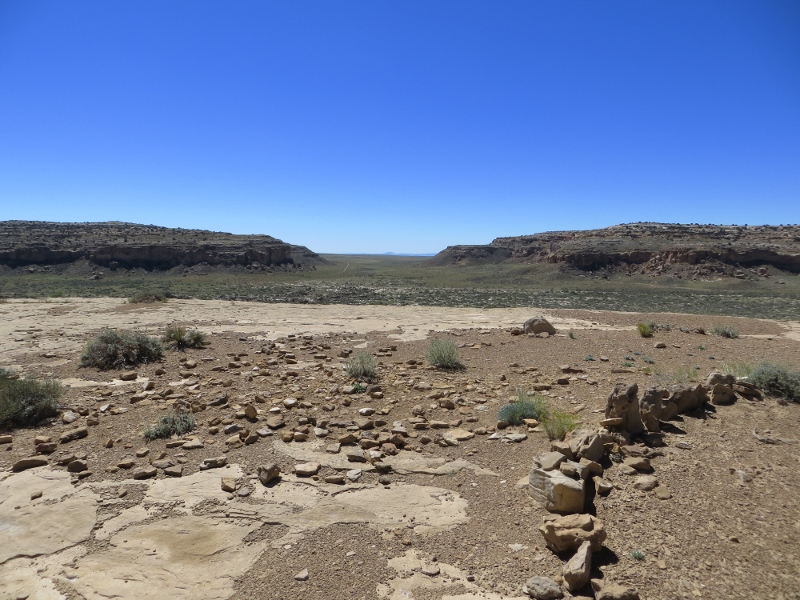 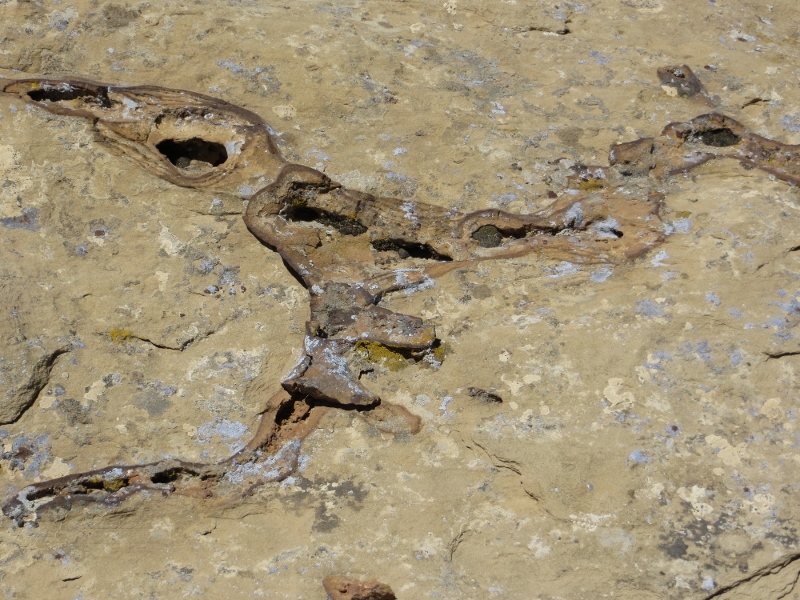 Cultural artifacts were not all we saw. Wormholes and shrimp burrows, now full of iron deposits, can be seen almost everywhere in the sandstone. 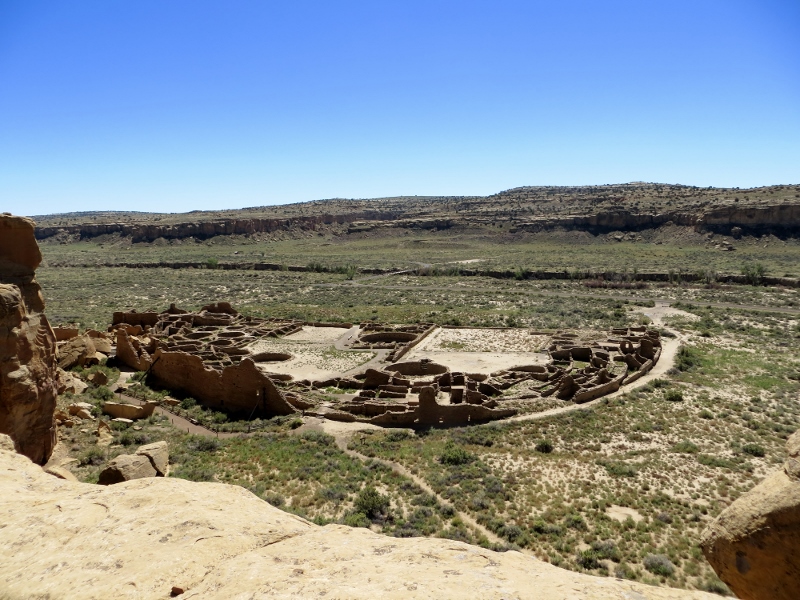 As you walk along you’ll eventually overlook Pueblo Bonito. Being four stories high and having over 600 rooms with over 40 kivas, it is the largest of the pueblos or great houses in the canyon. If you have the time, you should walk through it. It will take your breath away. 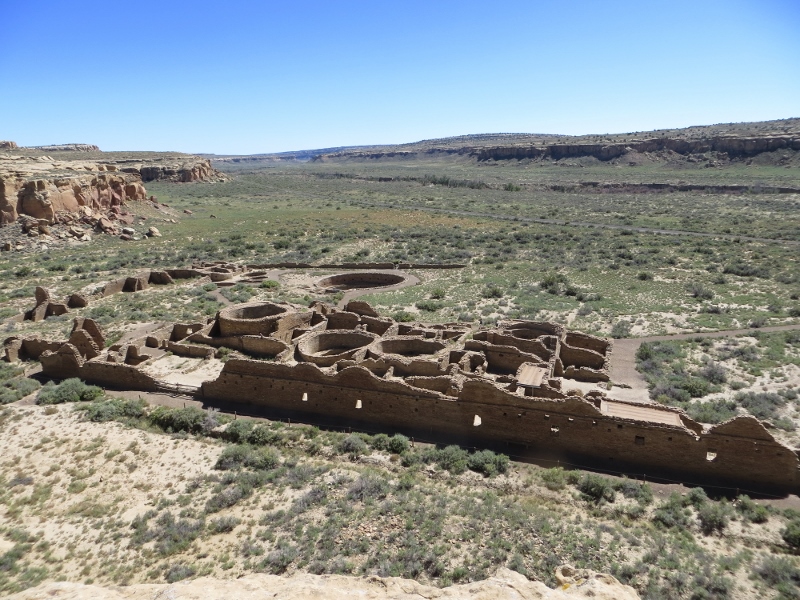 A little bit further along you’ll soon overlook Chetro Ketl. It too is massive. 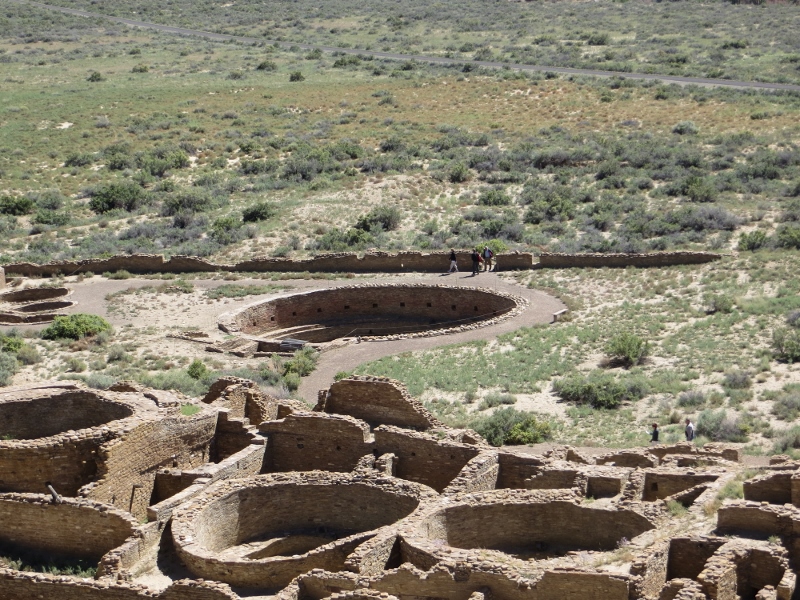 Here is a closer look at some of the kivas at Chetro Ketl. The large kiva in the distance is a great kiva. Pueblo Bonito has two great kivas. There is a larger great kiva, Casa Rinconada, on the other side of the canyon. 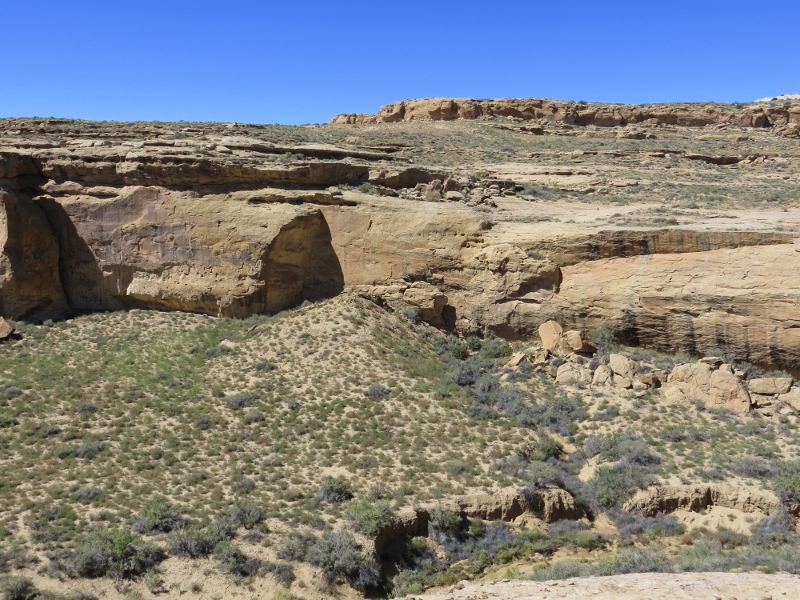 The sand hill in the lower center of the picture is what’s left of a man-made ramp for a Chacoan roadway. You can see how the roadway went off at an angle from the ramp to reach the canyon ledge. Can you imagine how the ramp could have been used in a ceremonial procession? Can you imagine a procession at night lit up with torches? It would have been like something right out of a movie. 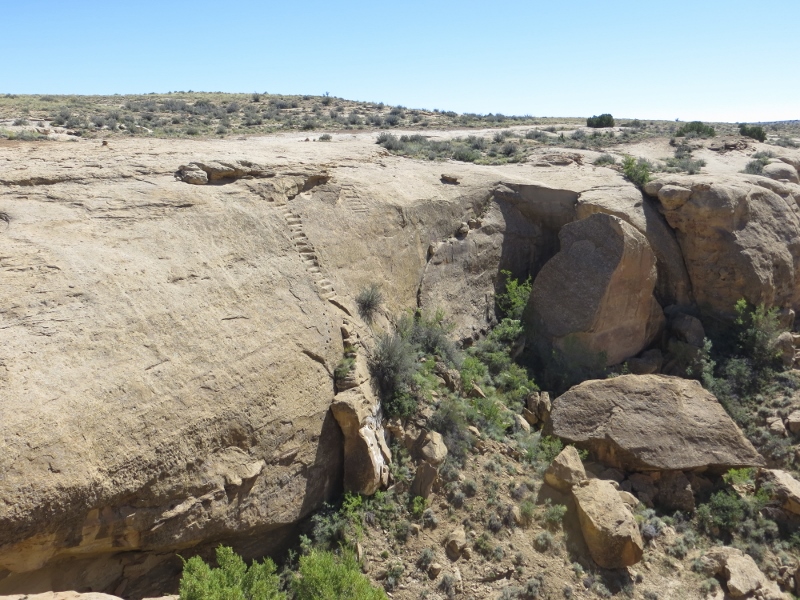 After Chetro Ketl, you’ll eventually reach the Jackson Stairway. They are carved right in the wall of the canyon and lead from one level of the canyon to another. 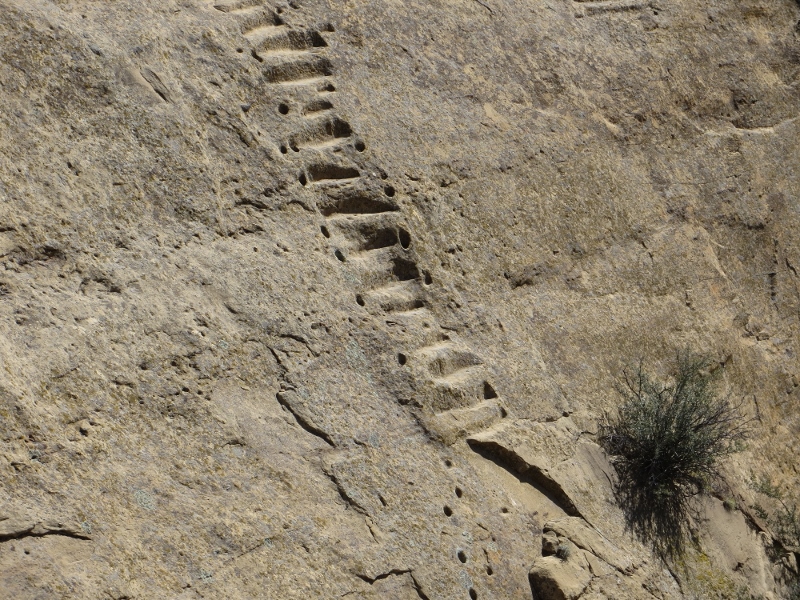 Here is a closer look at a portion of the stairway. The holes you see in the stone were handholds pecked into the rock. They may precede the stairway. Handholds and toeholds can be found in many places for scaling canyon walls. 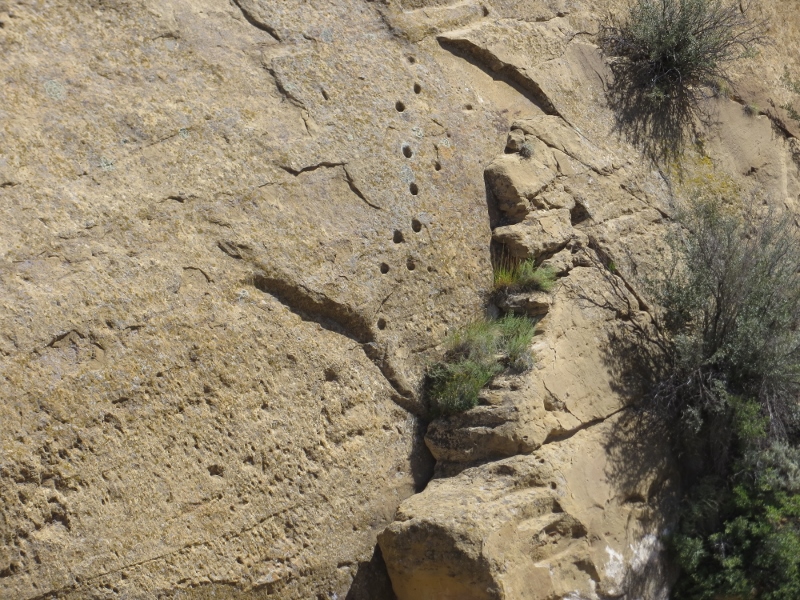 Here is a closer look at the lower portion of the stairway. Can you imagine climbing this wall? 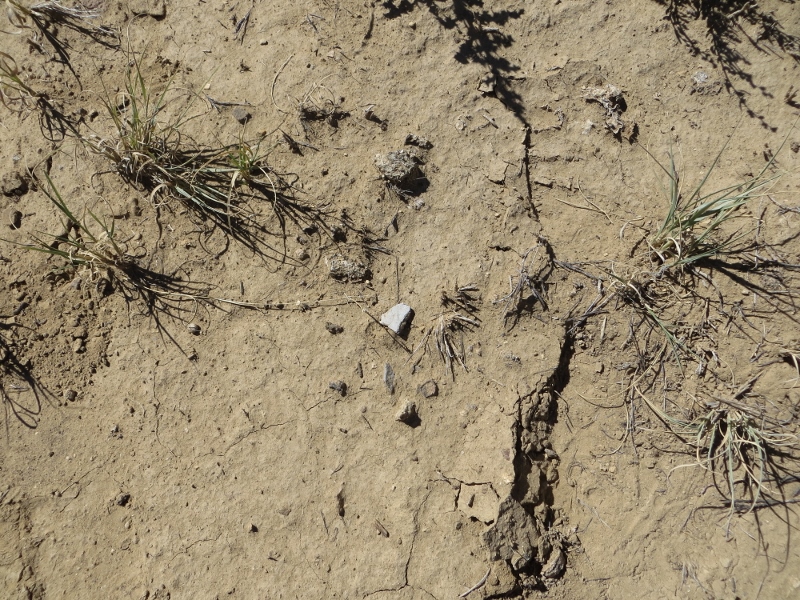 If you pay attention as you continue your walk, you’ll probably spot some potsherds. Leave them alone, it’s against the law to take one home. In addition to potsherds, we spotted a couple of small sites, an old cairn, and a few other surprises on our walk. 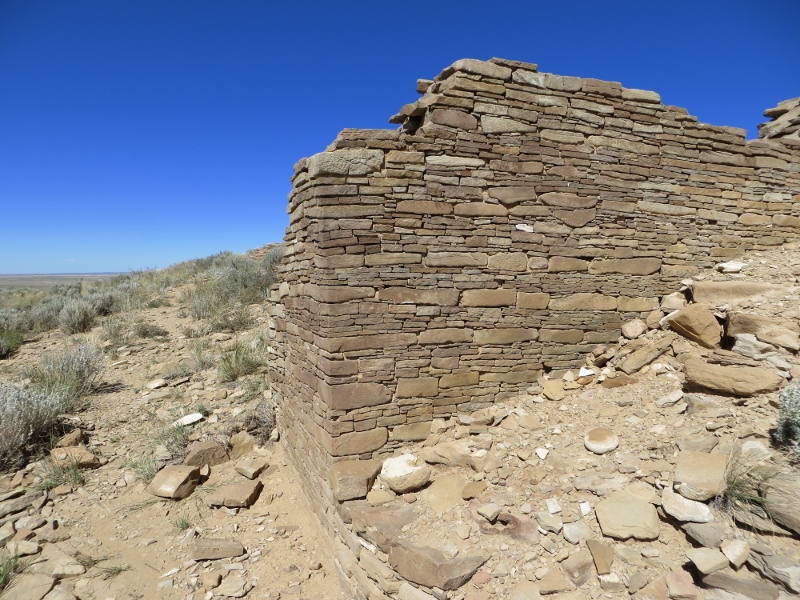 When you get to Pueblo Alto, you might want to take a close look at the stonework. I thought this wall was very cool. What’s especially interesting is that after putting all this work into the wall, they would hide their work by covering it with adobe plaster. 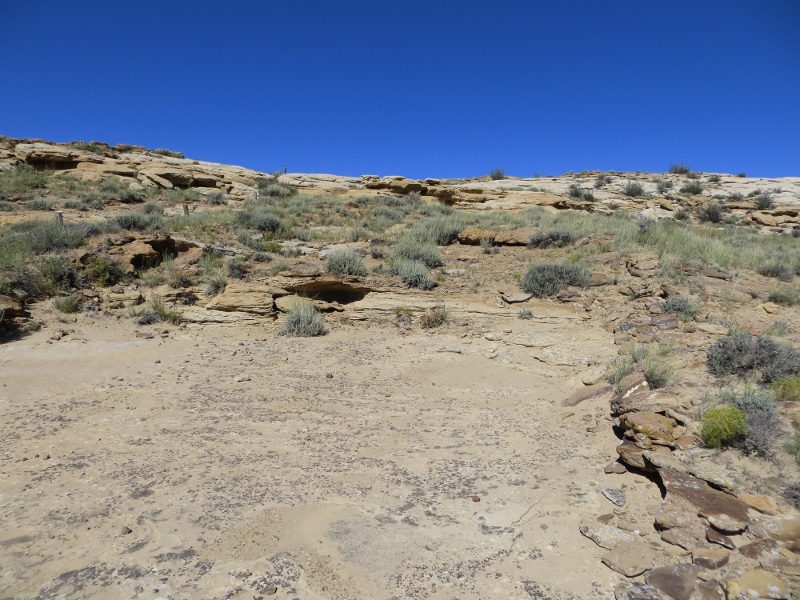 Here is a portion of a Chacoan road uncovered by archaeologists. You can see the border stones on the side of the road. Archaeologists are not certain if the roads were for commerce or a form of religious architecture or both. 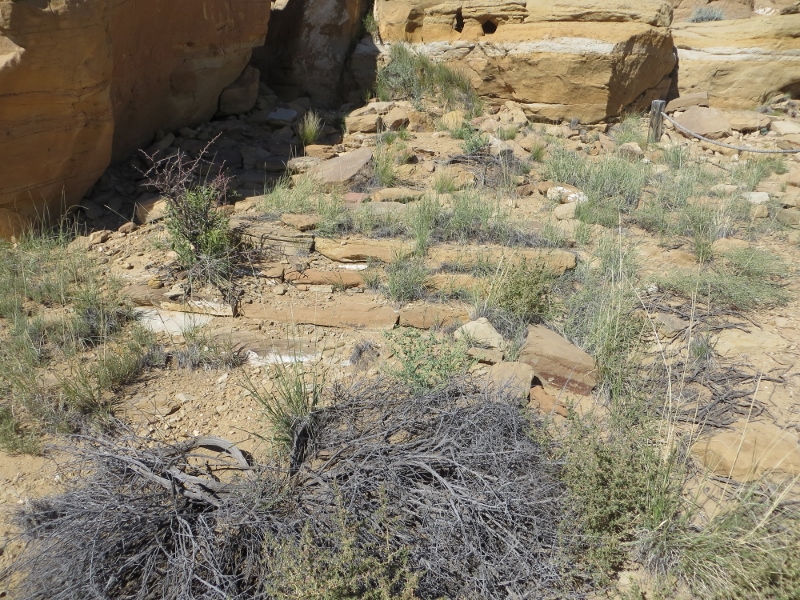 These steps were part of a Chacoan road. 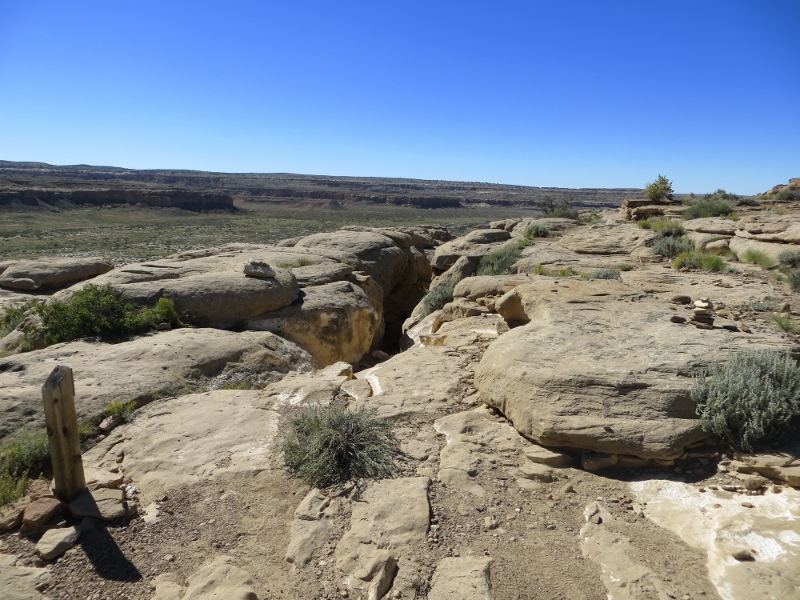 Even a great walk has to come to an end. We went back down the crack in the ground to return to the canyon floor and our car.

I hope this post shows that Chaco is worth the effort to get there and that you can visit it someday. There is so much to see and learn. This post is only a taste of what’s waiting for you.