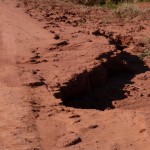 This post continues the discussion about dirt roads that was started in Leaving the Pavement. The first thing to remember is that as long as you use good judgment and stay off of unusable roads you should be safe. But there are some things worth knowing about dirt roads before you venture off the pavement.

A high clearance vehicle will make it easier for you as many dirt roads may be impassible to a low clearance sedan. As a basic rule of thumb, stay off of dirt roads if they are wet or if there is a chance of rain. Many dirt roads can turn into mud or become as slick as ice when it starts raining. You don’t need to be spinning your wheels like a scene from an old war movie. Because of this, it is a good idea to carry a shovel in your car in the event you do get stuck. And finally, make sure you are off a dirt road before dark. 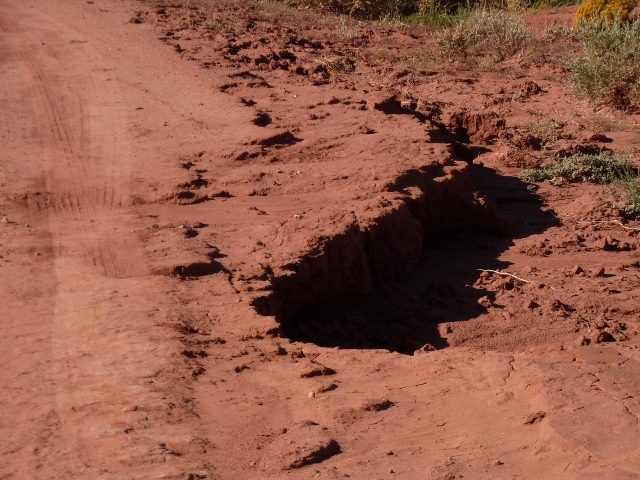 This is why you don’t want to drive this road at night. You would never see this washed out section in the dark!

When you travel on a dirt road, don’t be surprised if you don’t see anyone. A few years ago a friend of mine and I took a two-night bike trip on backcountry roads and went over 24 hours without seeing another person. In many places the backcountry is empty. This is because it is tough to make a living in the backcountry and little reason for many people to be there. In many places the only time you’ll see anyone is during hunting season in the fall or when the cows are dropping calves in the spring. Because people are few and far between, you should consider carrying extra water and a few emergency items in your vehicle.

If you are driving in the Southwest, you’ll likely come across three types of unpaved roads: a graded gravel road, a blade-cut road, or a two-track. Graded gravel roads are sometimes okay to drive on in wet weather, but their biggest drawback is that they can become wash-boarded and unbelievably bumpy. In some cases they are so bumpy that people will drive on the side of the road rather than on the road.

A blade-cut is literally a road that has been plowed in the dirt. These roads are okay when dry but can be a nightmare in the rain. Blade-cut roads are easily rutted and need to be bladed regularly to remain usable. 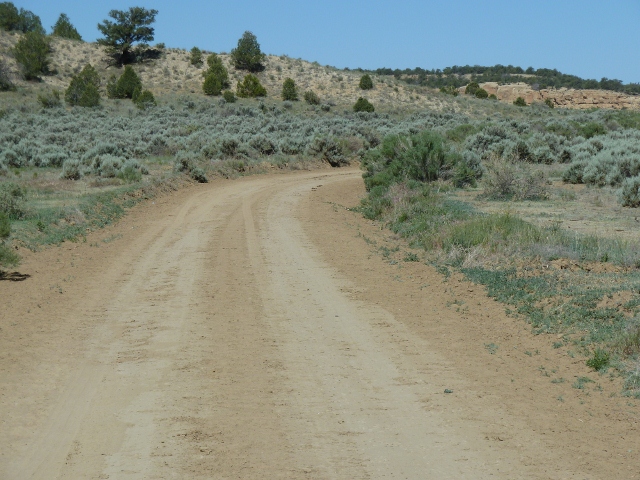 This blade-cut has been recently bladed. But if you look closely at the surface, it is clay and would become a real mess in the rain.

A two-track is what you visualize a jeep road to be. They are literally a creation of people driving across the ground and look like two parallel foot paths. They are okay for driving when dry and in good condition. 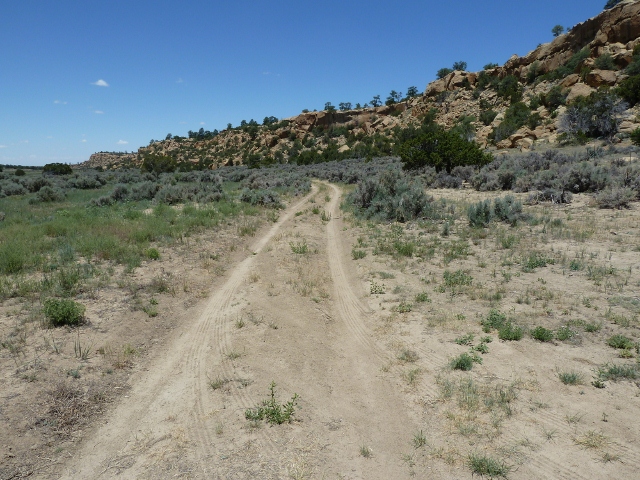 This two-track is in decent shape. But you can see if this went into the mountains, there wouldn’t be much room to turn around.

If the road you are on is headed towards a mountainous area, stop. It makes no sense to get to a place where you might not be able to turn around easily. In fact, as soon as the road looks suspect, stop. You’ve gone as far as you should. It’s now time to park the car and to start wandering on foot.

It is way more preferable to walk a couple of extra miles than it is to get stuck in the middle of nowhere. And if you do get stuck, remember that you’re not in trouble until you’re in trouble. At this point you are only stuck and still have plenty of options to get unstuck. You might be able to drive your way out by steering hard to one side. You might be able to dig your way out with your shovel. You may even may even have to walk to the nearest house for help, or at least until you get a cell phone signal. But as long as you have options you are not in trouble.

A final consideration is gates. There is a good chance you will run into a gate or several gates in the backcountry. Most gates are for controlling cattle and are not meant to prevent you from going further. If the gate is unlocked, you are free to proceed. When you pass through the gate, leave it the way you found it. If it was open, leave it open; if it was closed, close it behind you. If the gate is locked and you don’t have a key; it’s time to park or turn around. You can always bring a bike if you need to go further. 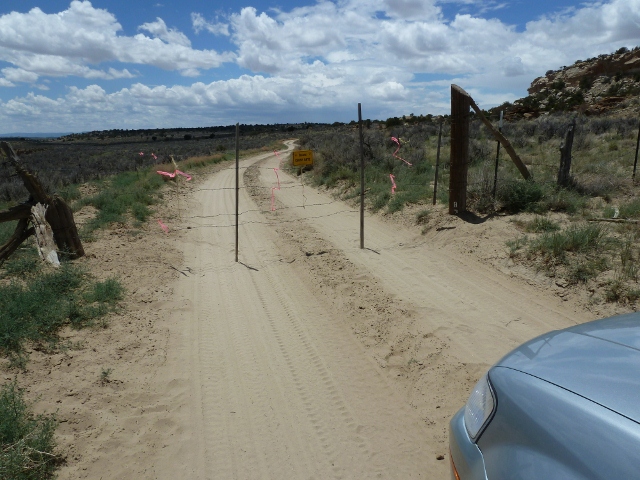 Gates come in all shapes and sizes. This one is made of sticks and barb wire.