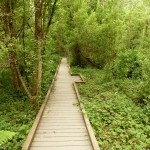 Last week I had the opportunity to do some wandering in Portland, Oregon.

I met Don at a bus stop and we started following one of the urban routes developed by SW Trails PDX. The urban routes take advantage of sidewalks, road shoulders, trails and open space to help people get around town by foot.

SW Trails PDX performs many tasks to make these routes possible. Sometimes it is identifying a city-owned right-of-way that can be used as a trail; other times it is getting a road shoulder widened; or it could be raising the money to install a drinking fountain or providing the citizen volunteers to build a section of trail.

The urban route we were following soon left the road and entered a forest that is actually an undeveloped street right-of-way. The path took us down a volunteer-built stairway: 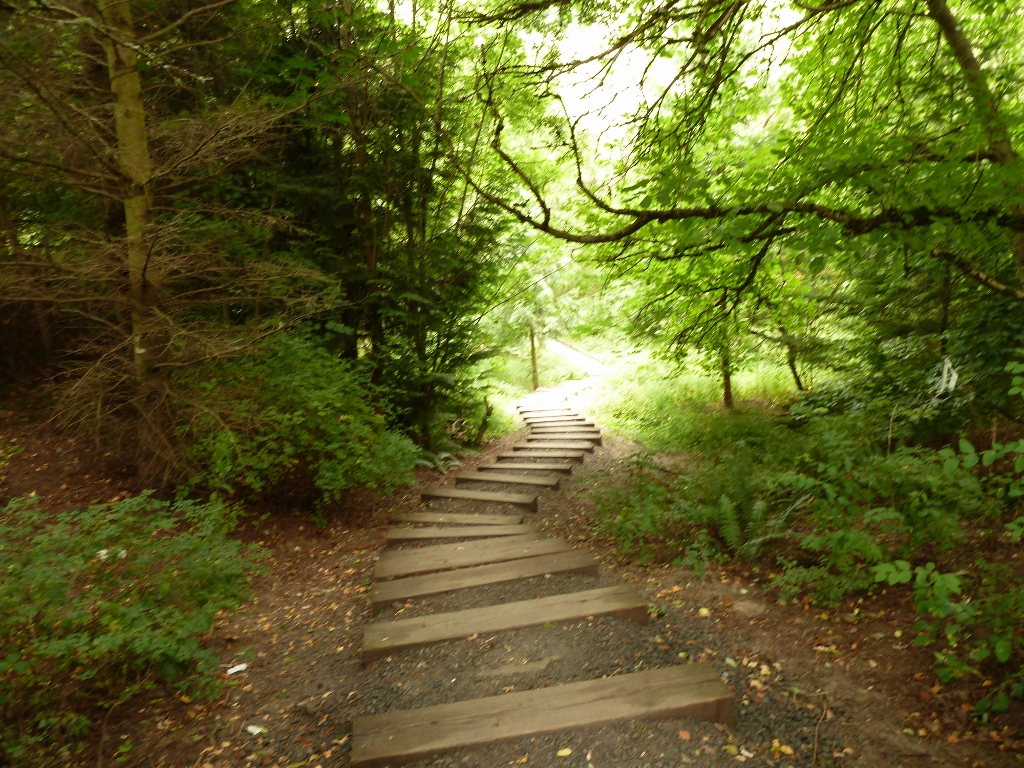 Over a creek drainage and wetland on a volunteer-built bridge: 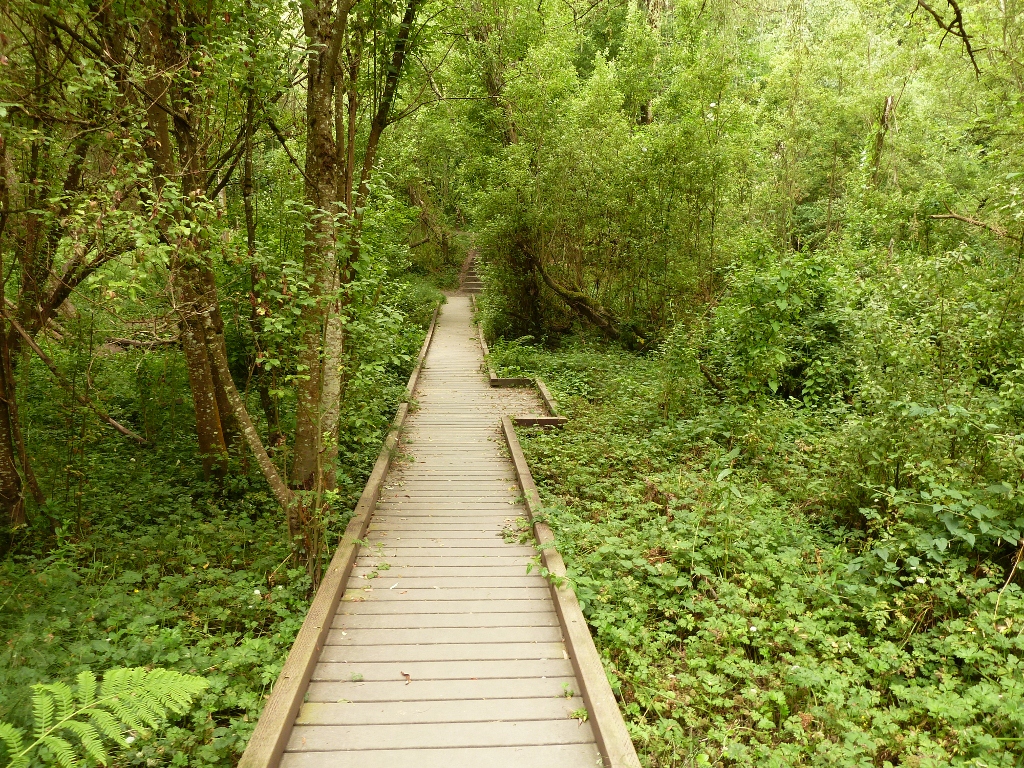 And up another volunteer-built stairway: 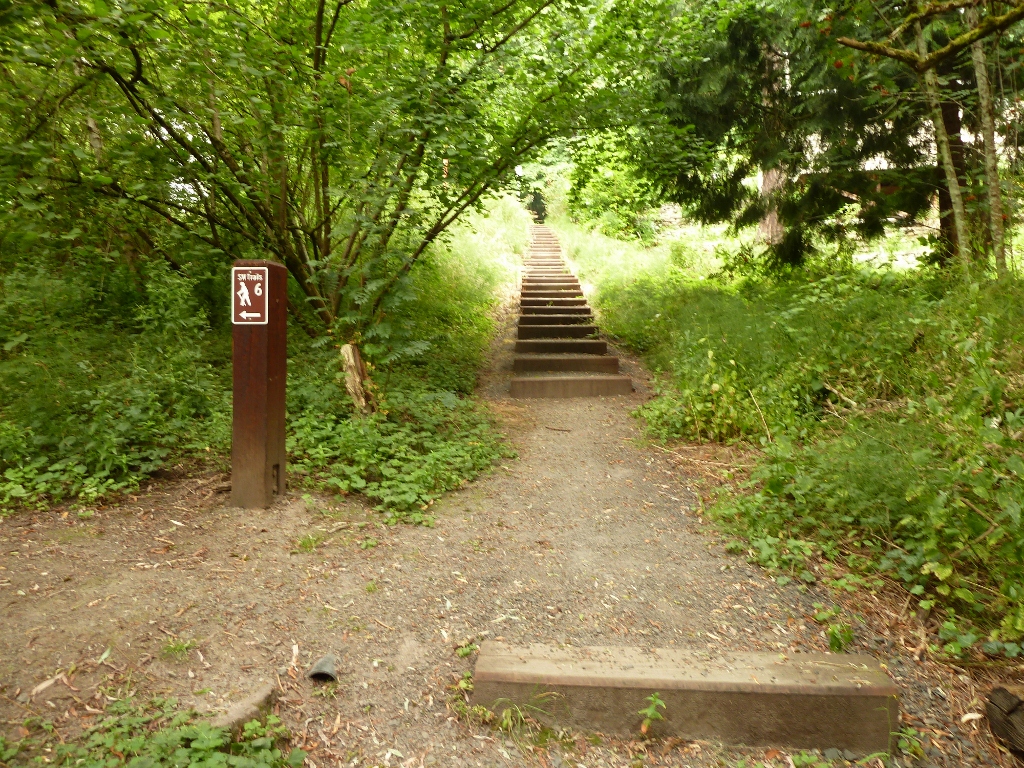 That led to a church-owned open space: 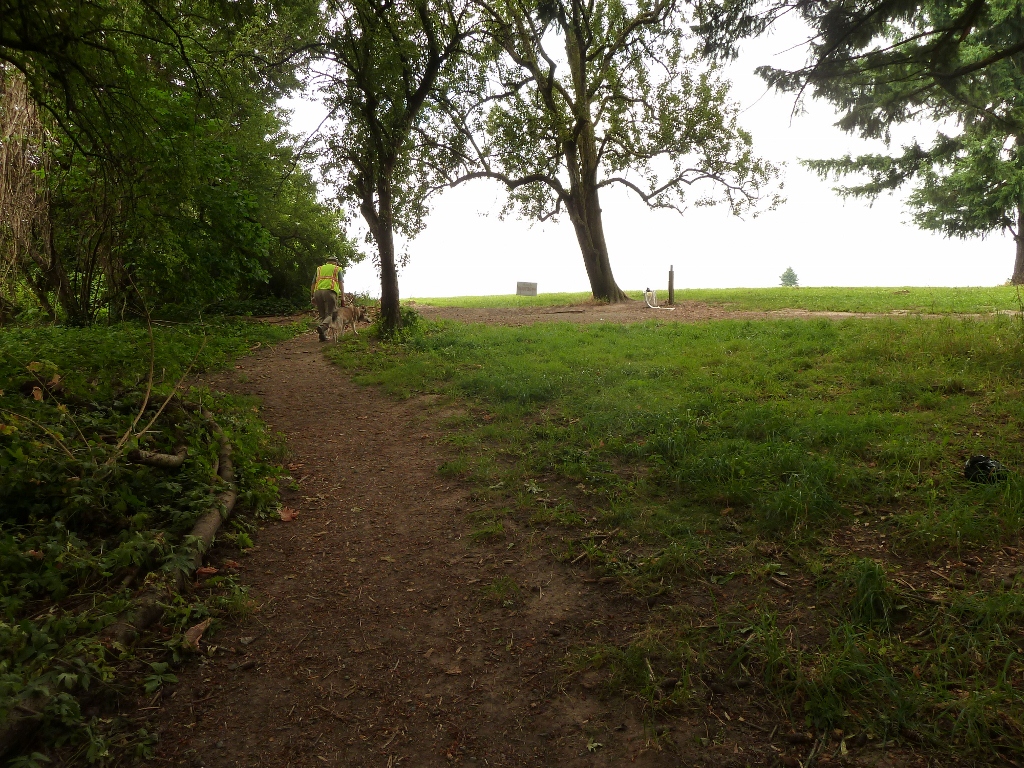 As we continued, Don pointed out that they have erected signs to indicate where it is possible to walk on a trail: 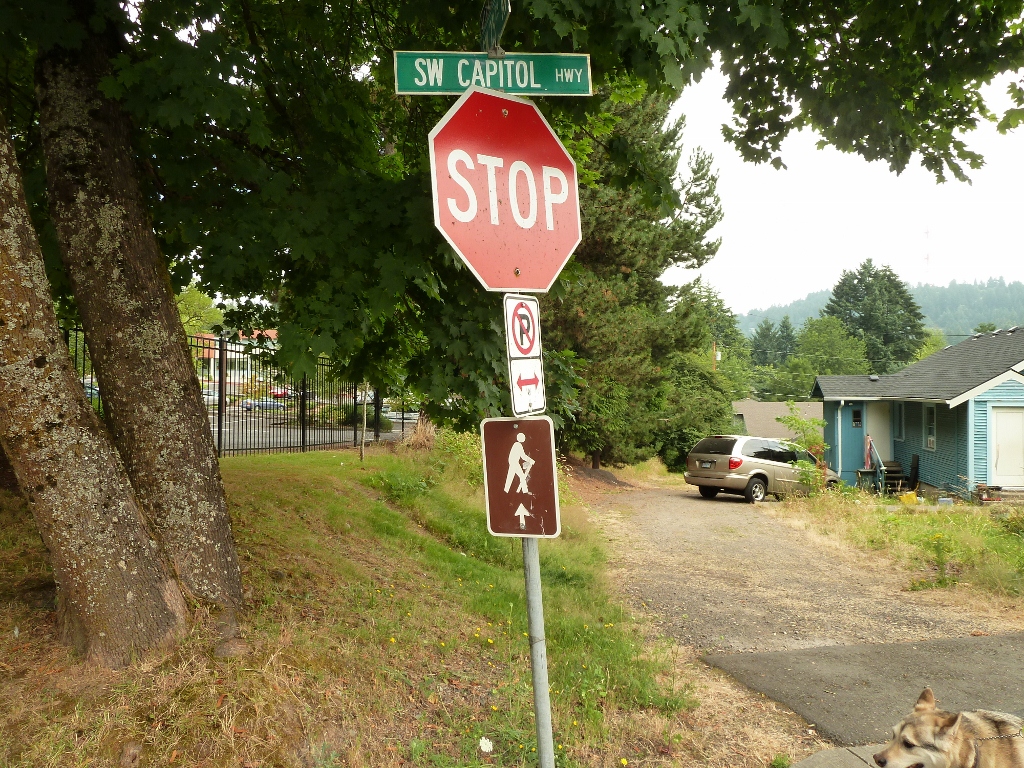 This particular trail too follows an undeveloped street right-of-way and eventually leads to a middle school. One of SW Trails PDX’s goals is to develop a network of “safe routes to school” to encourage young people to walk and get out of the habit of always riding in a car. 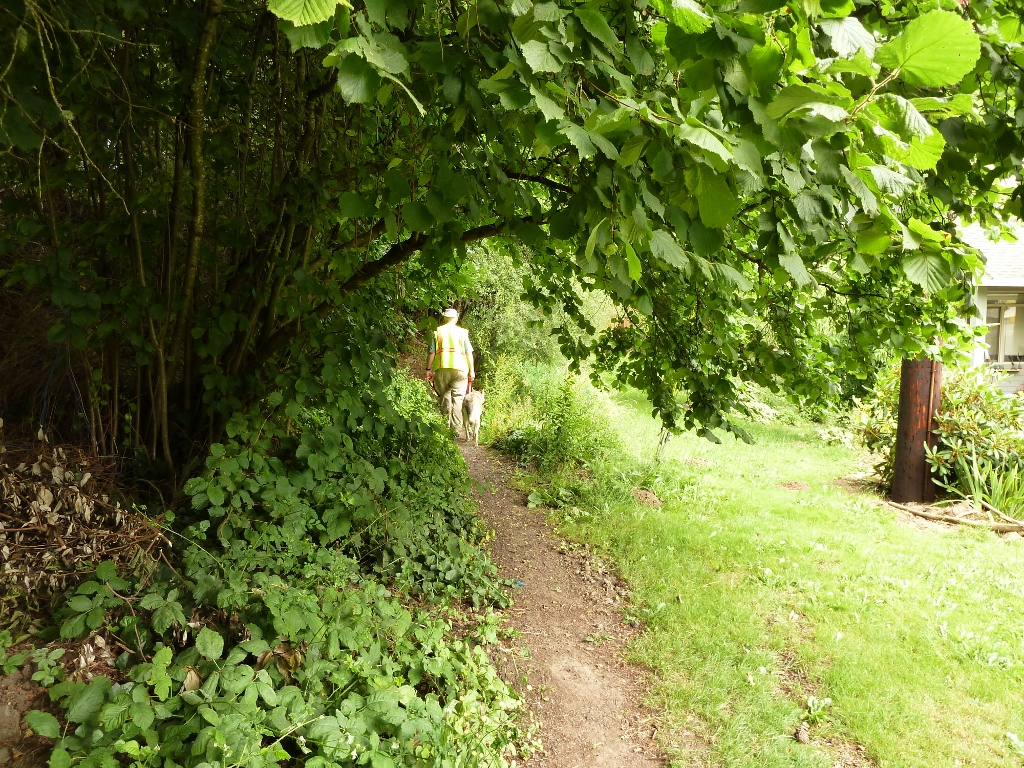 The route soon becomes a footpath. That’s Don walking with his dog. 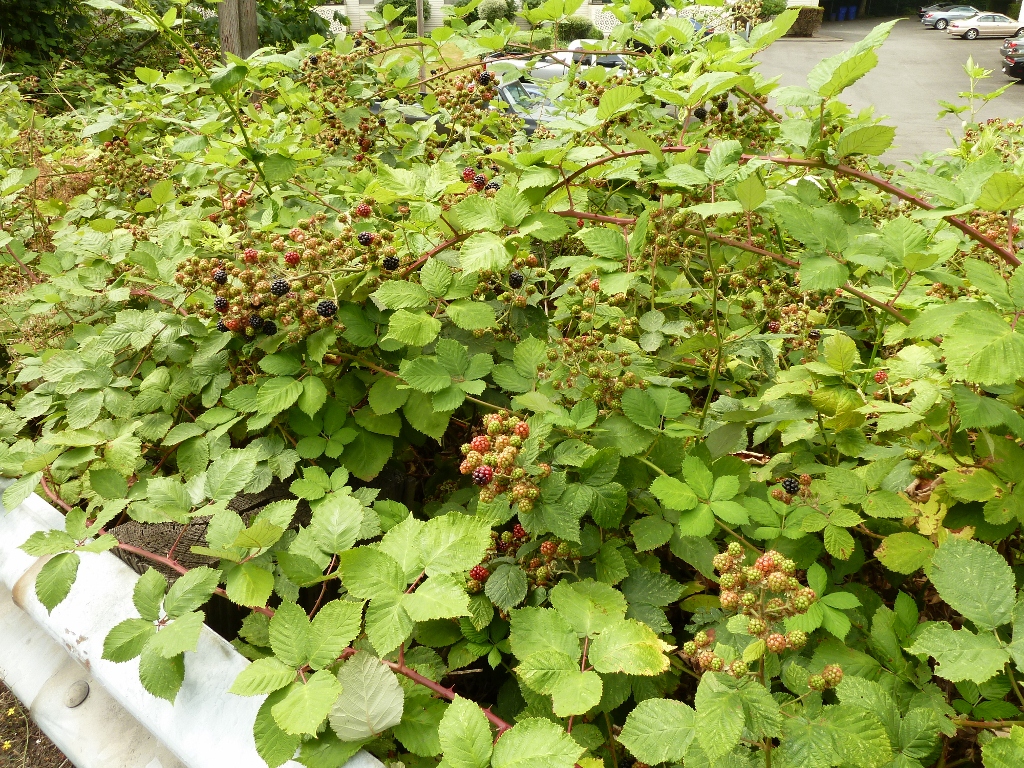 In a few weeks you’ll be able to fill up on blackberries. Blackberry bushes are all over Portland. 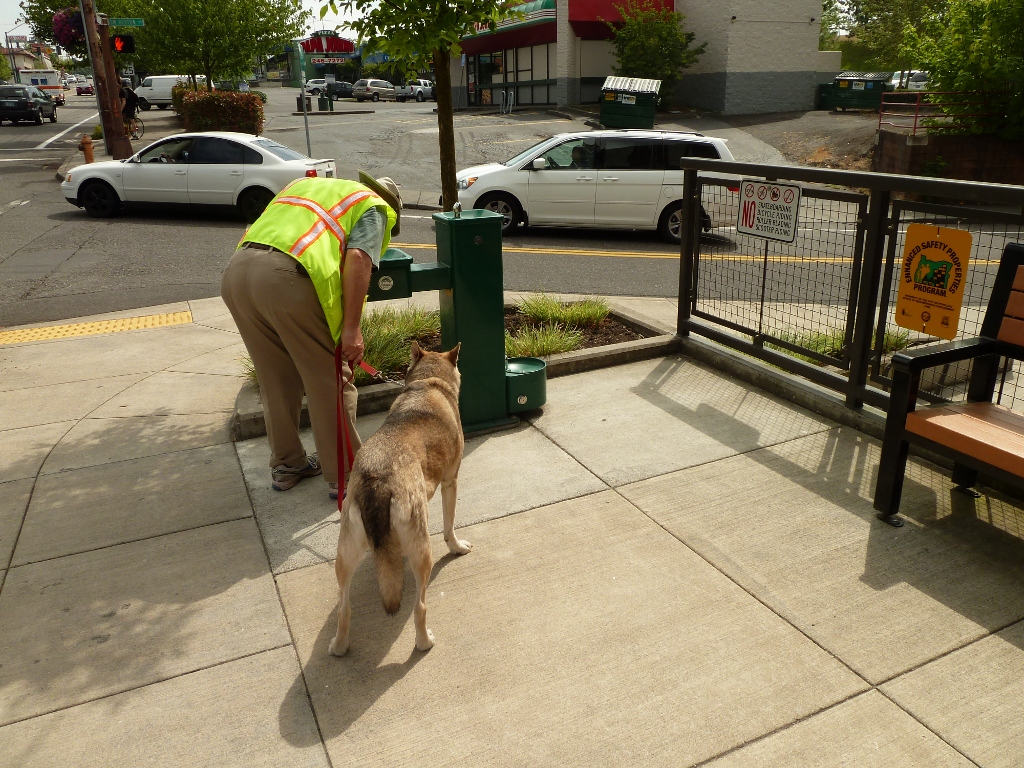 One of the SW Trails PDX dinking fountains.

What I saw is only a small glimpse of what SW Trails PDX has done for their community. If you take the time to walk around the area, you will see that there is so much more to see and do. Better yet, maybe there is an opportunity for you to do something similar in your own community.  For maps and more information please visit, www.GettingAroundPortland.org, or www.SWTrails.org.