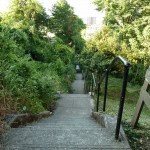 Don and I parted company when we got back to the bus stop. He headed home with his dog, and I caught the next bus headed for downtown Portland. While on the bus, I noticed a small set of stairs on the other side of the road leading to a path. I immediately pulled the chord to signal the driver to stop and got off the bus directly across the street from the path. 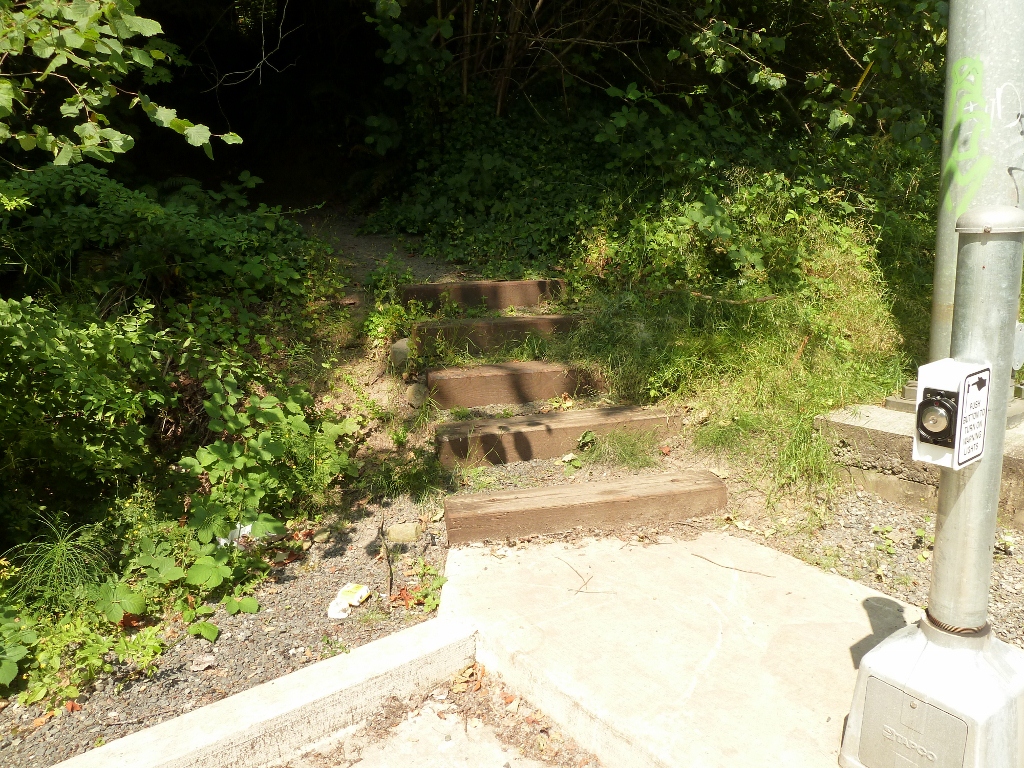 If you’ve read The Gentle Art of Wandering you know that wandering is about seeing and letting what you see determine where to go. Wandering is not a station to station activity; you have permission to go in the direction of whatever catches your attention.

In this case, I was off the bus to see where the trail would take me. I crossed the street, went up the stairs, and disappeared into the woods.

The trail soon reached a parkway. I turned right and started walking in the direction of downtown. 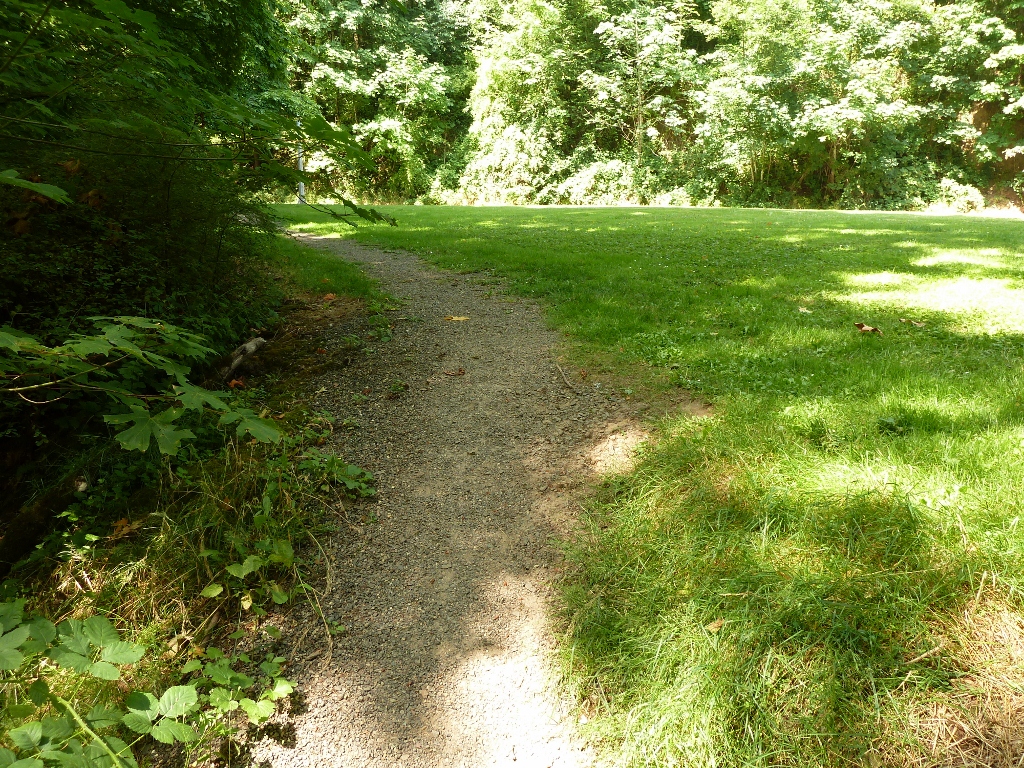 In a few minutes, I noticed what looked like a “user created” trail on the other side of the street and crossed the street to check it out. 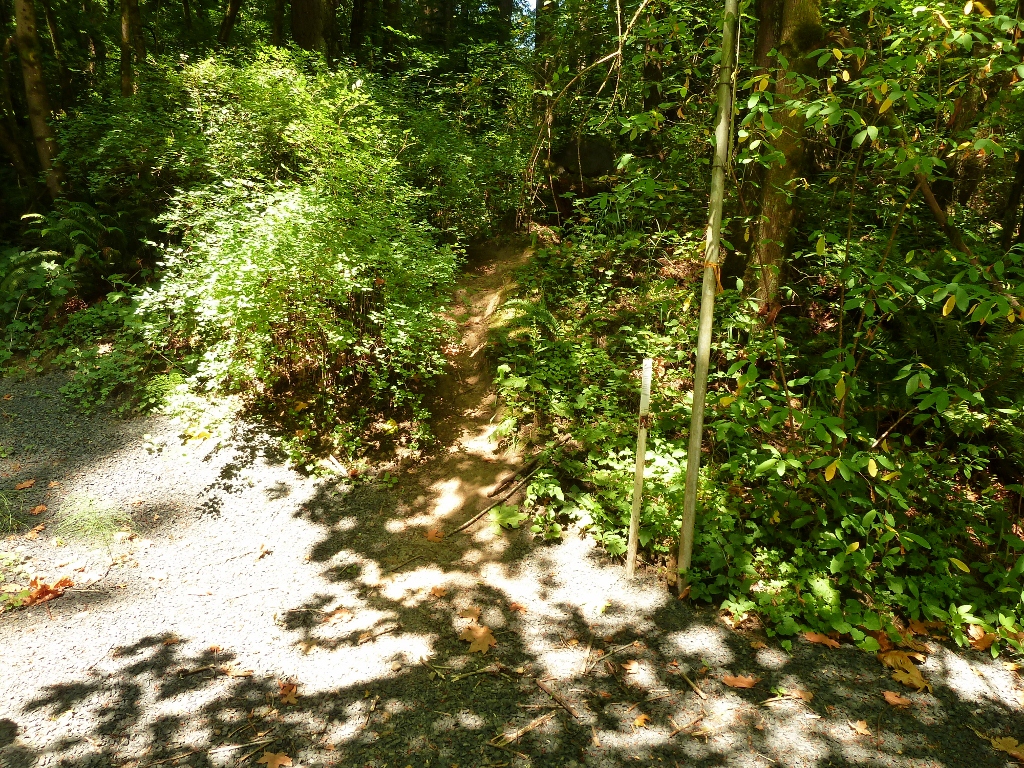 It was a trail and I followed it uphill through the woods. 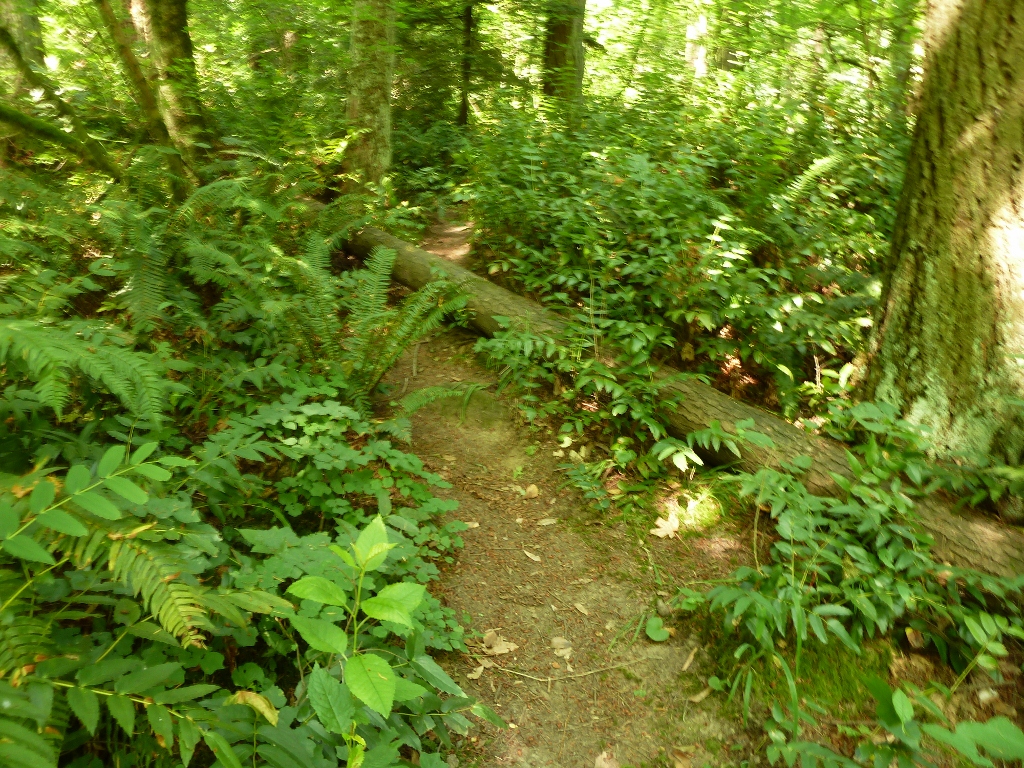 This trail was much longer than the first. It wasn’t straight uphill; it had some ups and downs as it traversed a couple of ravines on its way to the top.

The trail became fainter as I got closer to the top and almost disappeared. I knew I was near the top because I could see light through the brush and could tell that there were houses nearby. But I couldn’t find a way out. I was almost ready to go back down when I saw a faint animal run through the brush. I followed the run and ended up in a briar patch. 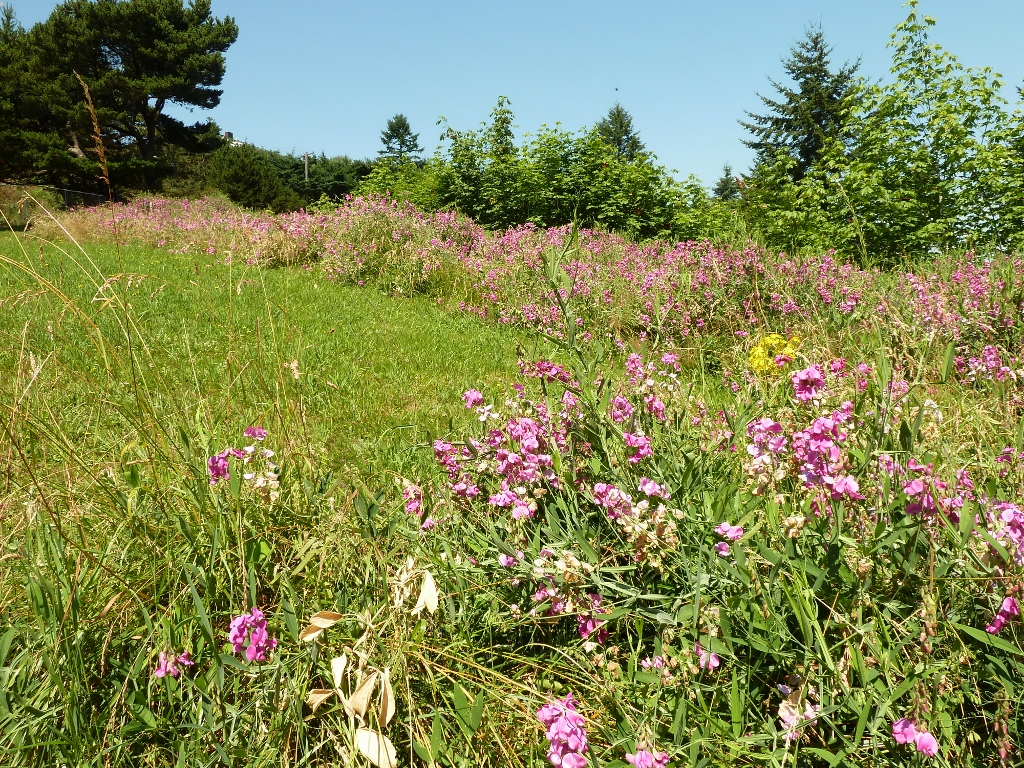 When I cleared the briars, I reached a road with a great view of Portland. Had there been less moisture in the air, I could have seen Mount Hood. 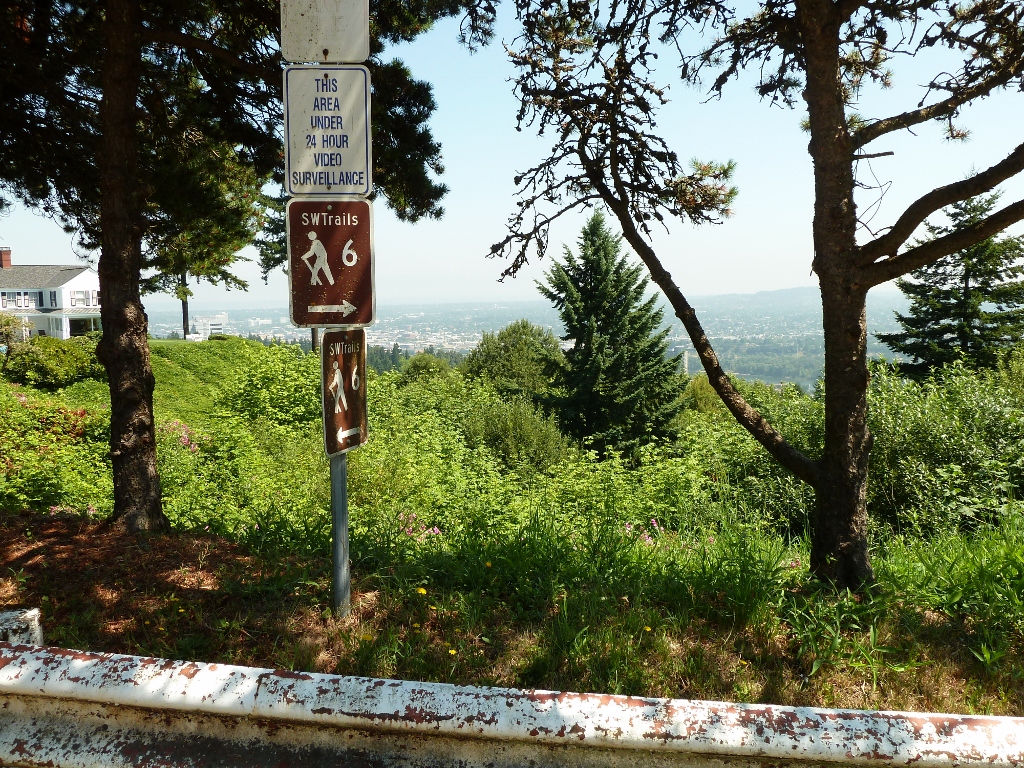 Ironically the road was one of the urban routes identified by SW Trails PDX. In fact, I had even noticed that particular route number earlier in the day when I was walking with Don Baack.

I followed the general course of the route for a while until I noticed some stairs going in a different direction. I changed directions to climb them. I spent the rest of the day chasing what I saw and oftentimes found myself back on the same urban route as before. 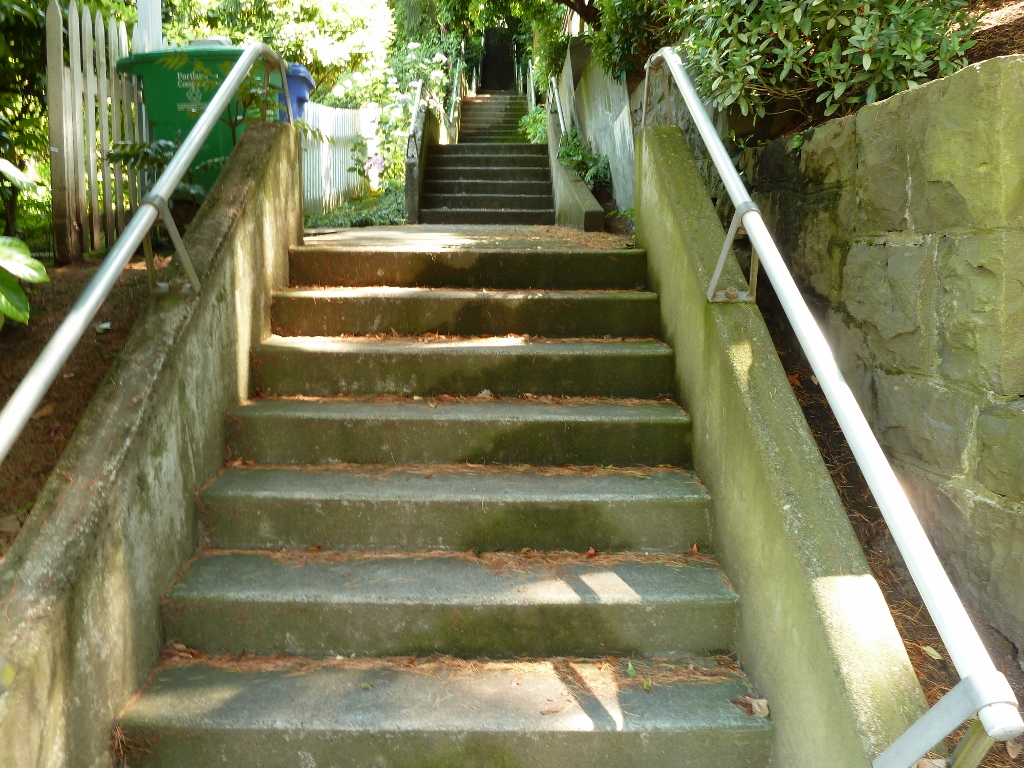 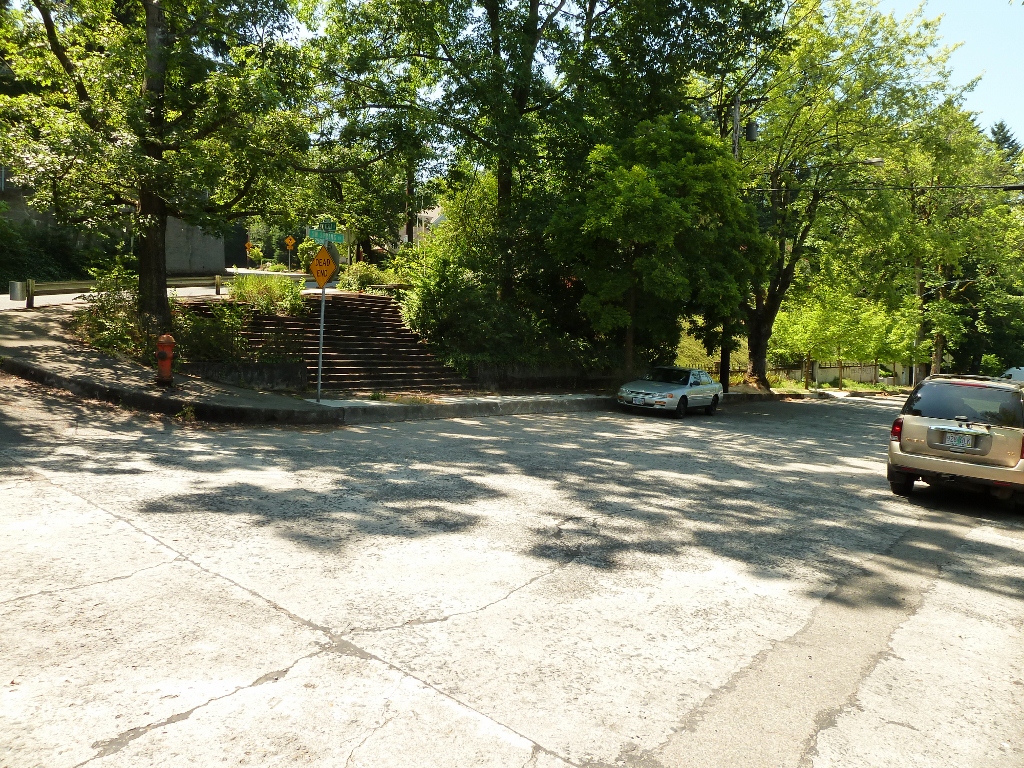 When you see a ‘Dead End’ sign, keep going. 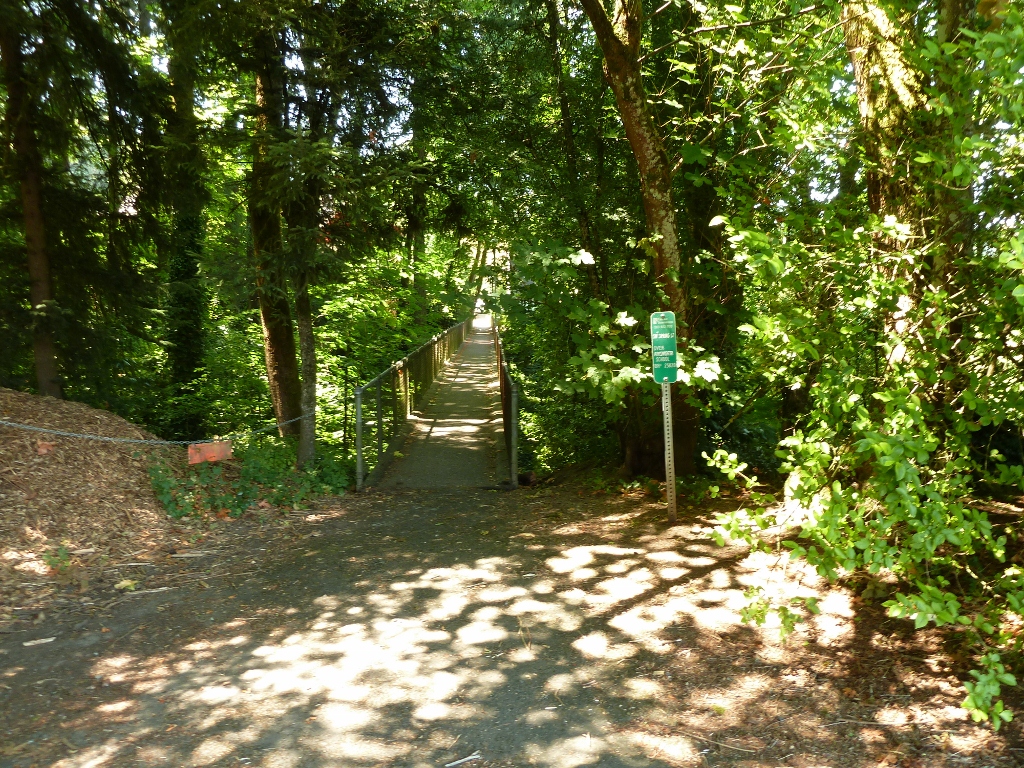 You might find a bridge over a deep ravine. 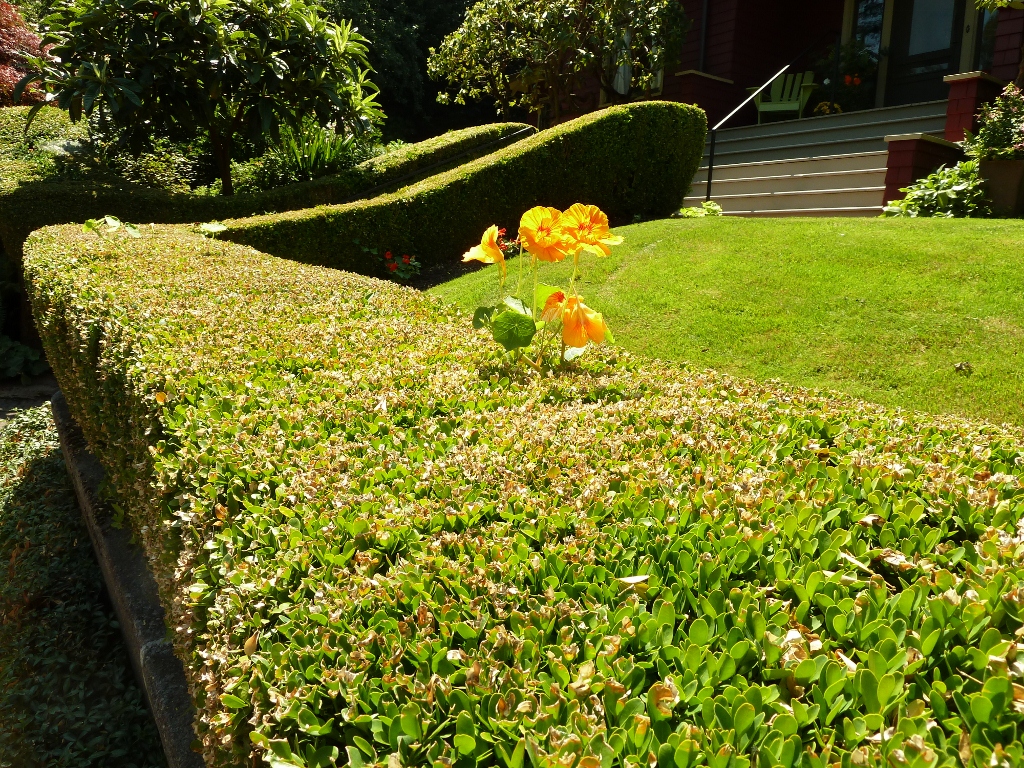 On the other side of the bridge you might find a flower popping up out of a trimmed hedge. 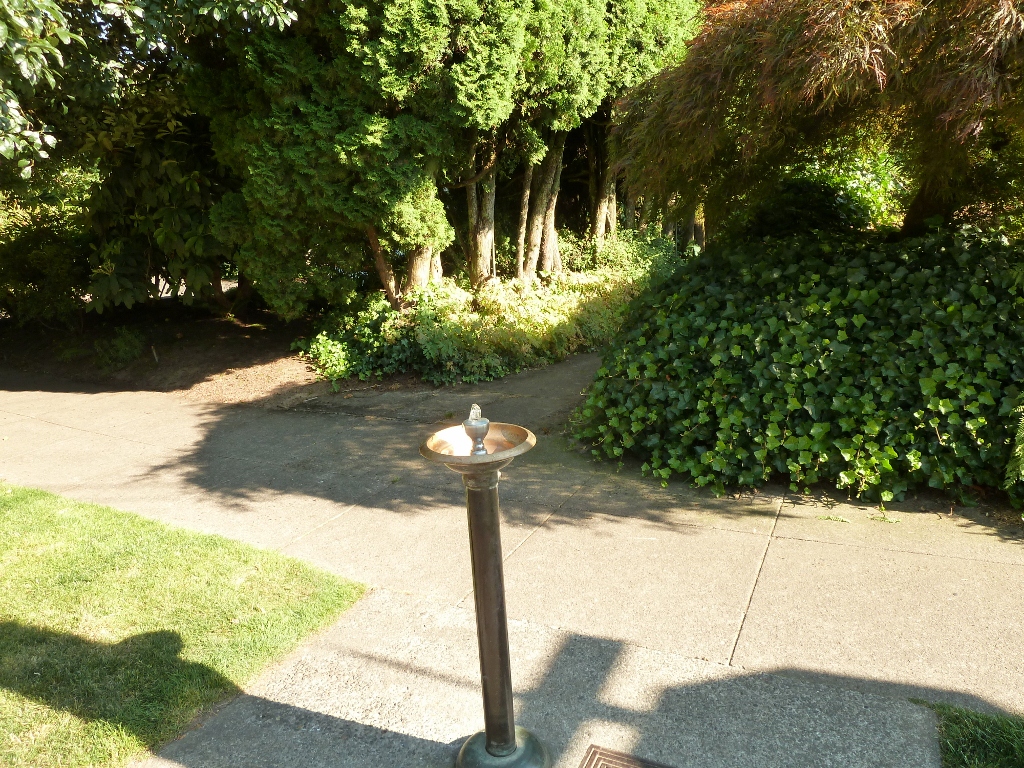 As you walk, you might want to get a drink of water and notice a sidewalk going away from the street. 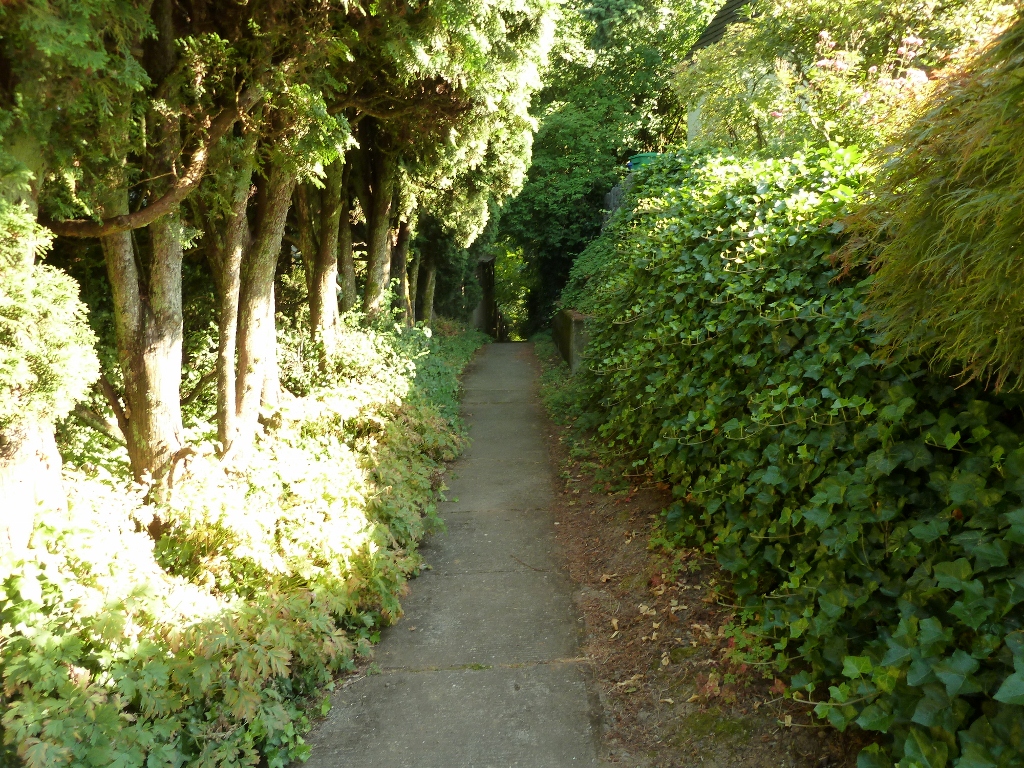 Where does the sidewalk go? 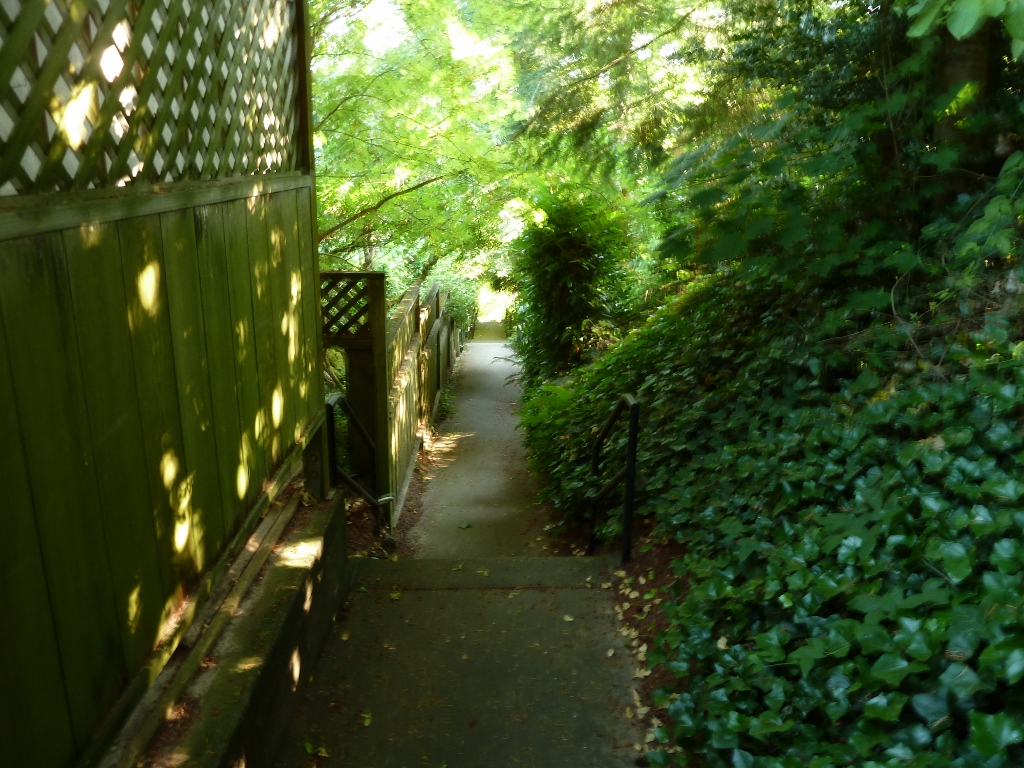 It leads to another stairway. This stairway has houses on it. 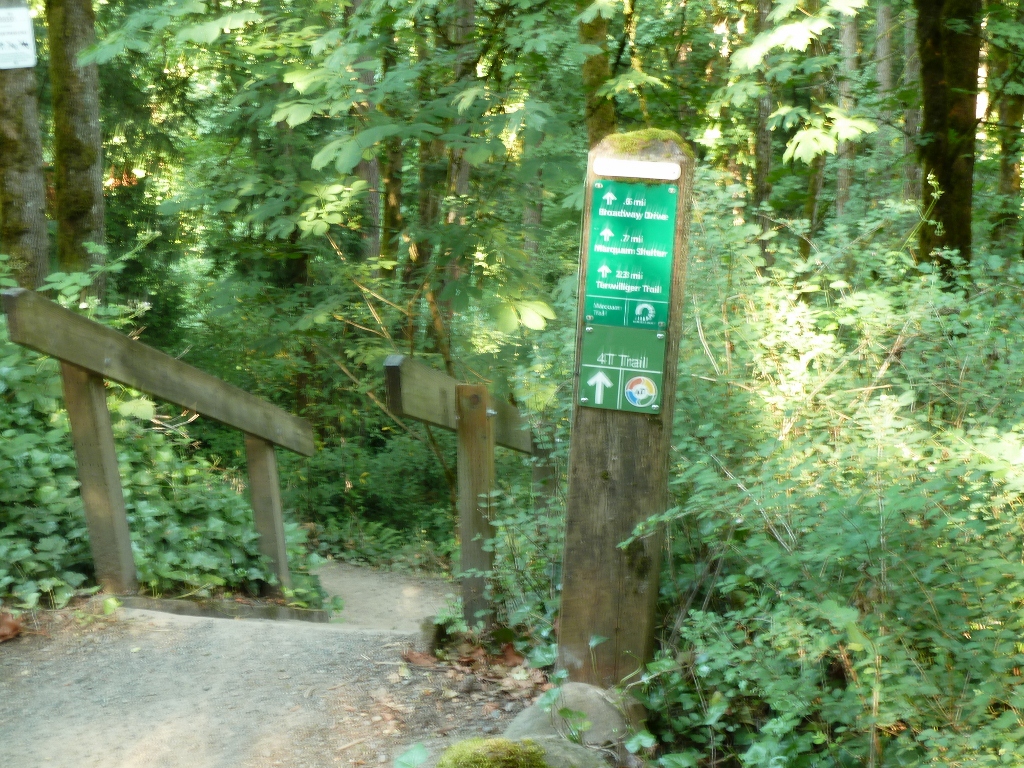 This short staircase lead to a hiking path. I followed the path to more stairs. 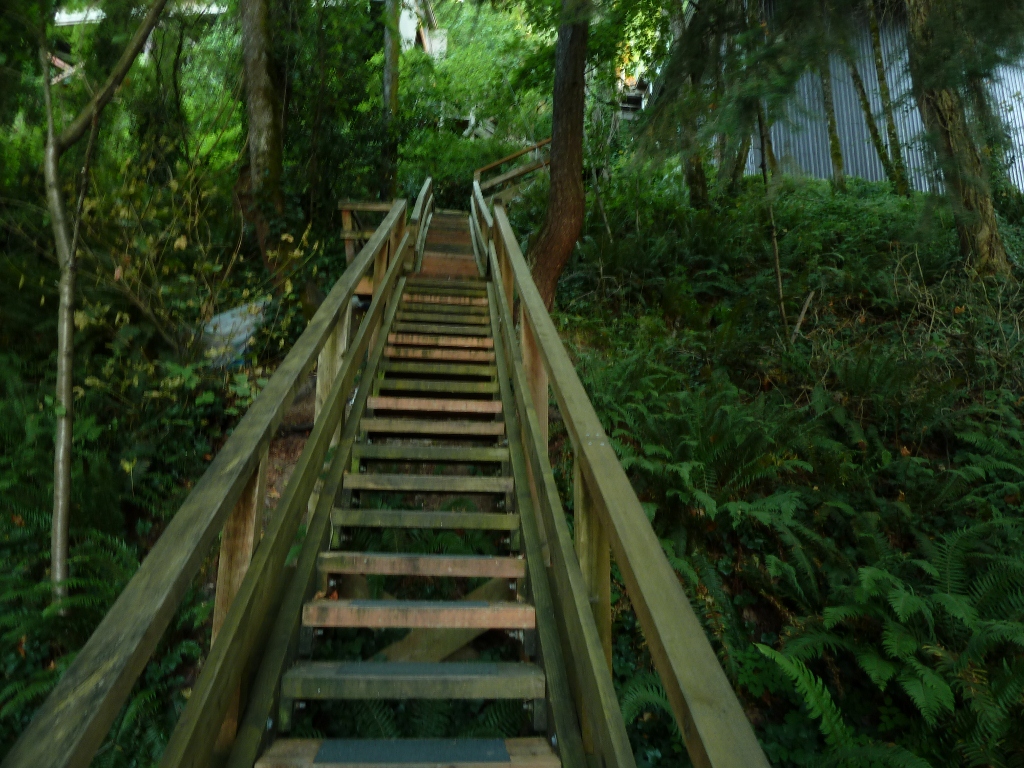 This stairway was almost like going up an elevator shaft and had almost 200 steps. 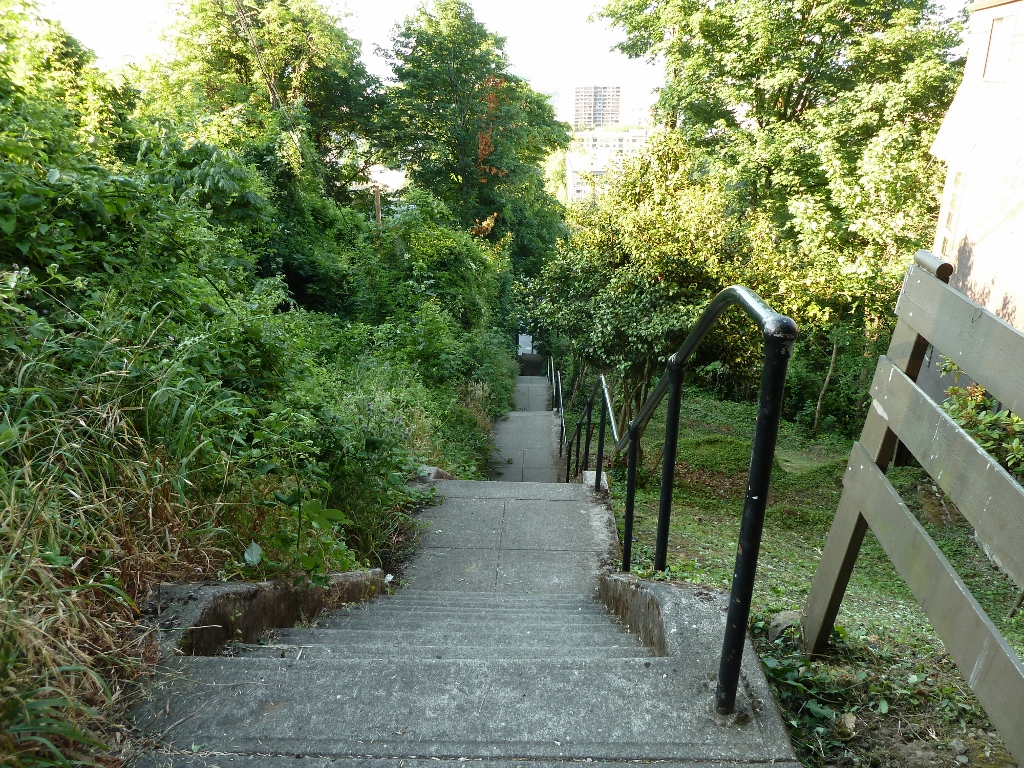 These stairs too were steep. 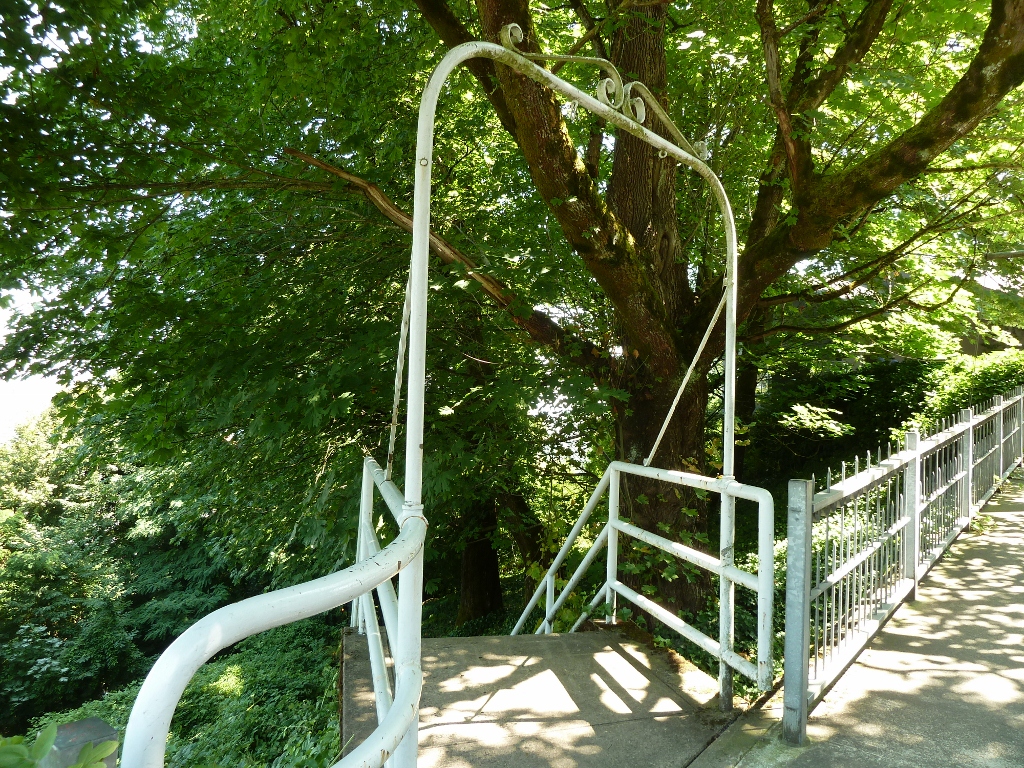 I eventually came upon this gateway and went down the stairs. 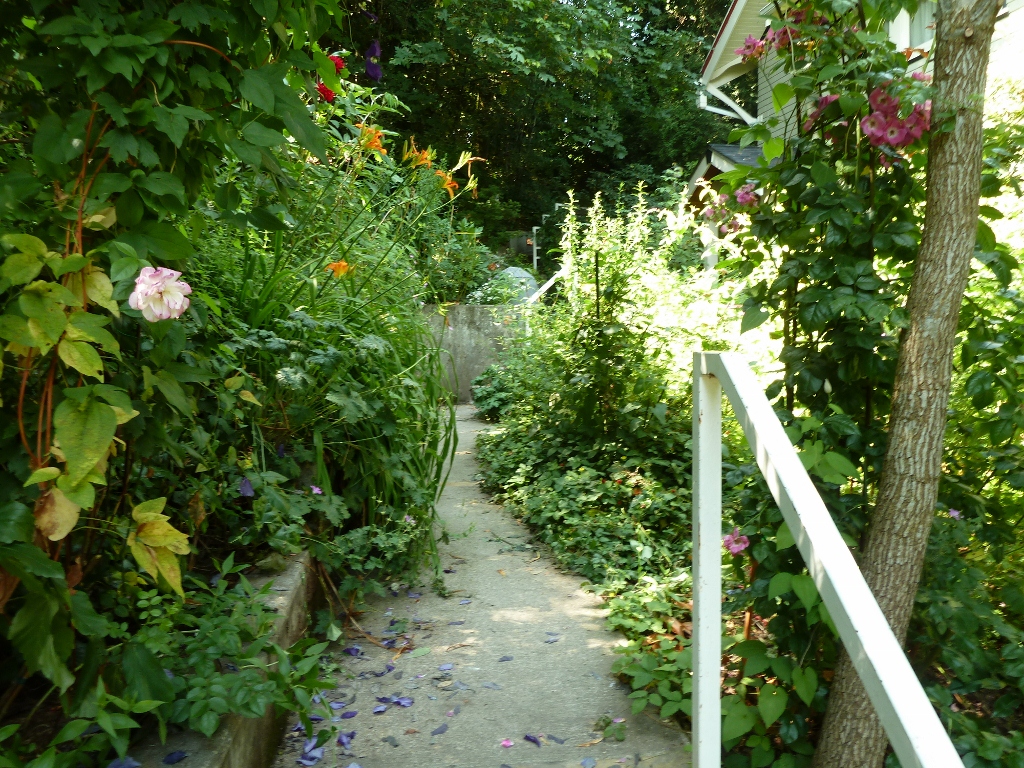 The stairs were quite pretty and even went through a couple of back yards. 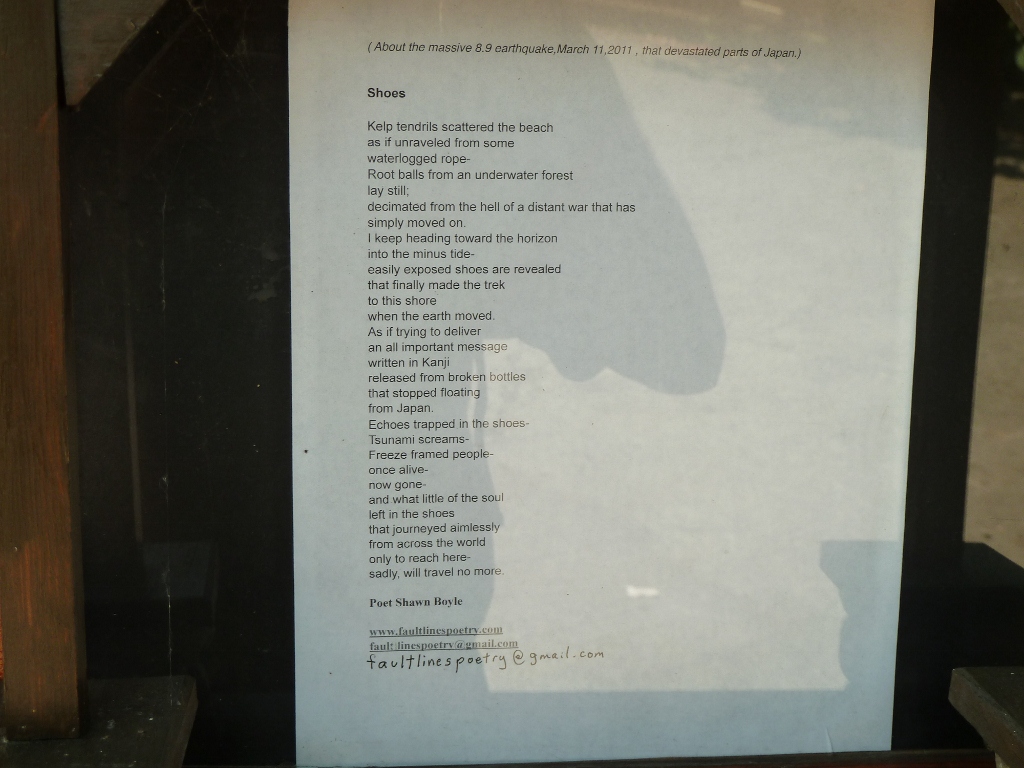 Along the way I found this poem in its own little display. 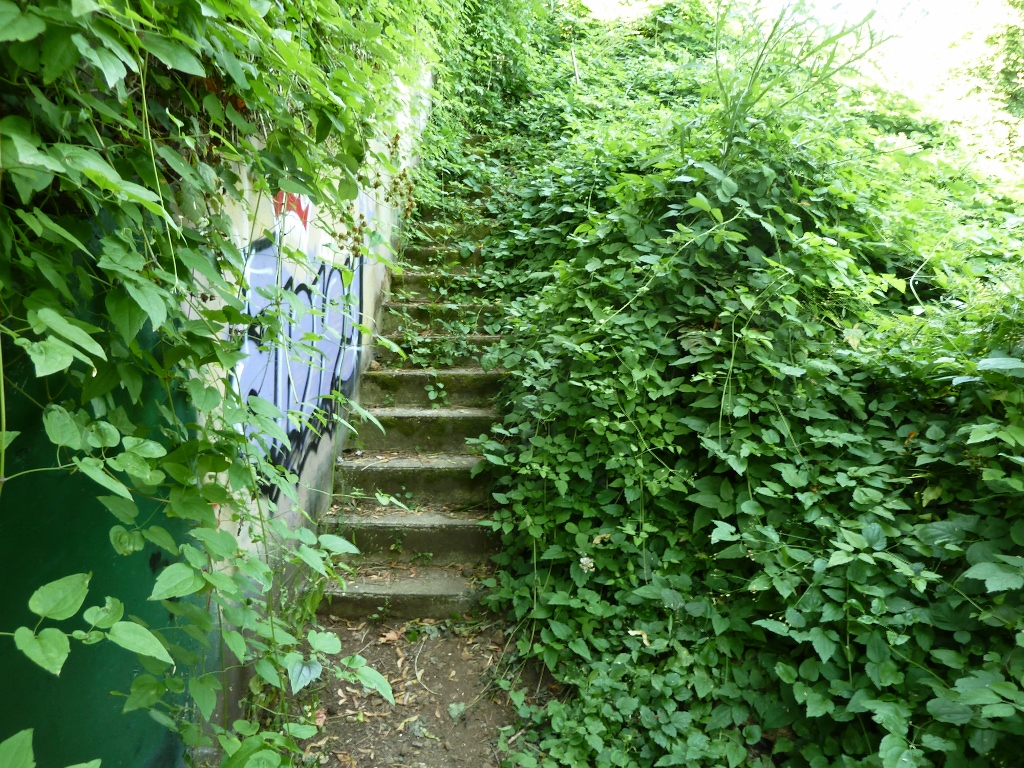 Further down there was this phantom staircase. The briars were too thick to penetrate. 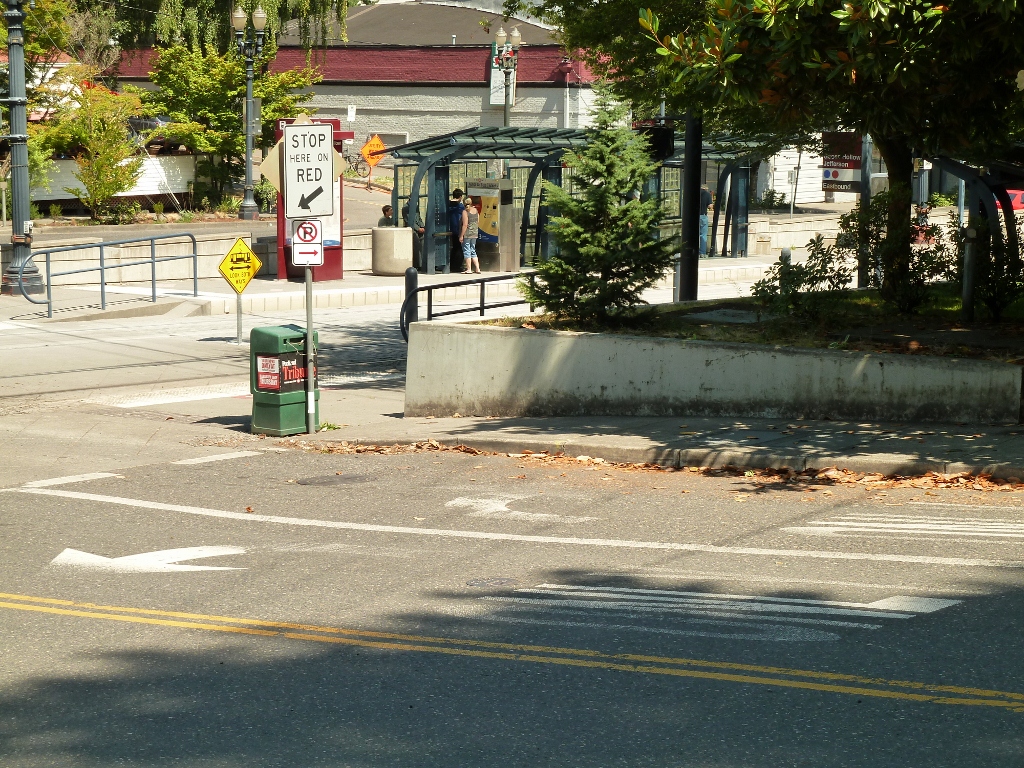 At the bottom of the stairs was a light rail stop to complete the loop back to downtown Portland.

The walk was amazing. There were stairs, unexpected short cuts, hiking trails, pretty streets, interesting houses, and plenty of different plants. The scenery changed every time I turned the corner. All of this within the city limits of Portland.

And remember you can go on a walk just as interesting by getting out of the car and adopting the mindset of wandering no matter where you are. Adventure is everywhere.

Public stairs are amazing places for wandering. You can learn more about stairs by reading some of the other posts in this blog, or by reading The Gentle Art of Wandering, or by visiting www.publicstairs.com. For more information on Portland’s stairs you can read The Portland Stairs Book by Laura O. Foster.