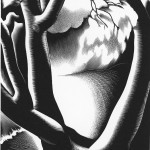 When that road reached a junction, I took the time to glance at a map. While glancing, a lady working in her yard asked me if I needed directions. I said that I was just getting my bearings and then mentioned how beautiful her neighborhood was and how lucky she was to live there. She agreed and added that life is about “appreciating brief moments of beauty.” Wandering sets you up to discover those brief moments of beauty every time you get out.

After saying our good-byes, I continued wandering through the neighborhood. I went along residential streets, along streets that are gated and now closed to automobile traffic, foot paths, and of course I climbed several more stairways. I was letting what I saw along the way determine the direction I would take next. An element of wandering is just letting your observations and hunches determine your route.

Unexpectedly the route I took led me to a source of much beauty, the Paul Landacre cabin (see picture below). I had made a point of checking out the Landacre cabin when I walked through the neighborhood two years ago. I hadn’t really given any thought to visiting the cabin on this trip. But here I was and it was well worth taking the time for another walk around the cabin. 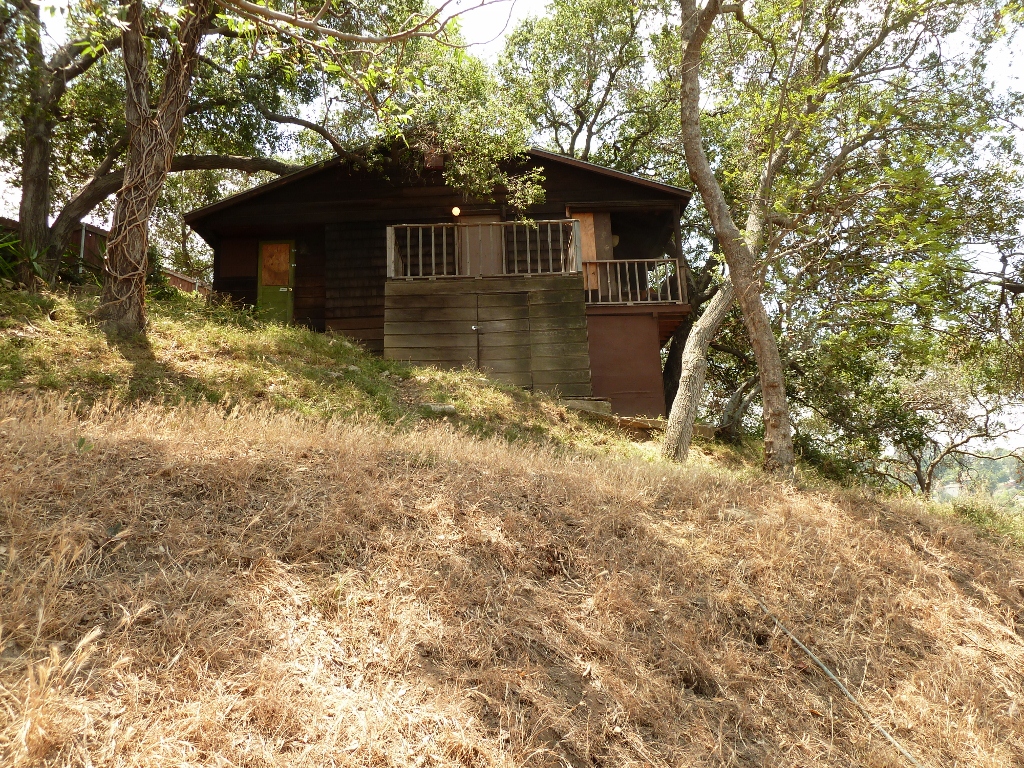 This is Paul Landacre cabin from the side. The cabin is an official city landmark and is currently boarded up.

If you are not familiar with Paul Landacre, he was well regarded woodcut artist from the 1930s. His art captures the mood of the neighborhood and of California during his era. He lived in his hillside cabin from 1932 until his death in 1963.

I had not heard of Landacre until I started researching the neighborhood and its stairways prior to my trip two years ago. Once I saw a few images of his work, I was hooked and made it a point to see his cabin. 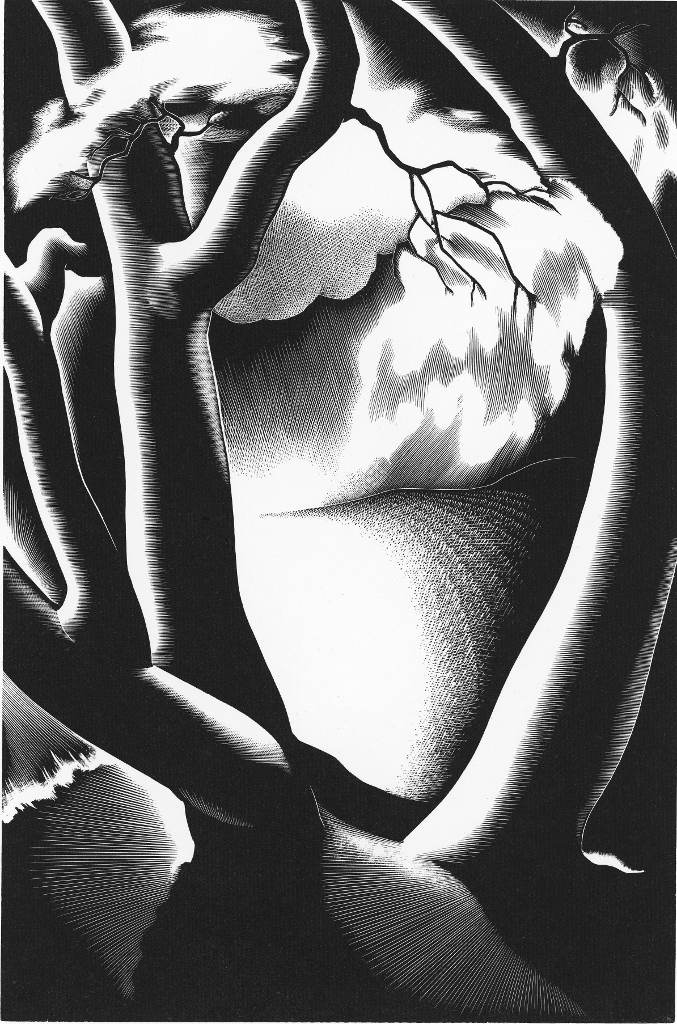 This is an example of Paul Landacre’s art. The piece was made in 1936 and is titled August Seventh. Landacre’s work is copyrighted by the Estate of Paul Landacre/Licensed by VAGA, New York, NY. This particular piece can be found on Page 50 of The Gentle Art of Wandering.

Leaning something new is a big part of developing the mindset of wandering. This mindset can eventually become a continuous cycle of discovery, learning, and uncovering brief moments of beauty that will lead you on a series of amazing adventures. They may be part of your life for as long as you are able to get around. More information on wandering can be found in the posts in this blog and in the book, The Gentle Art of Wandering.

More information on Paul Landacre can be found on the Red Car Property blog, click here.

Two more pictures of the Landacre cabin are below: 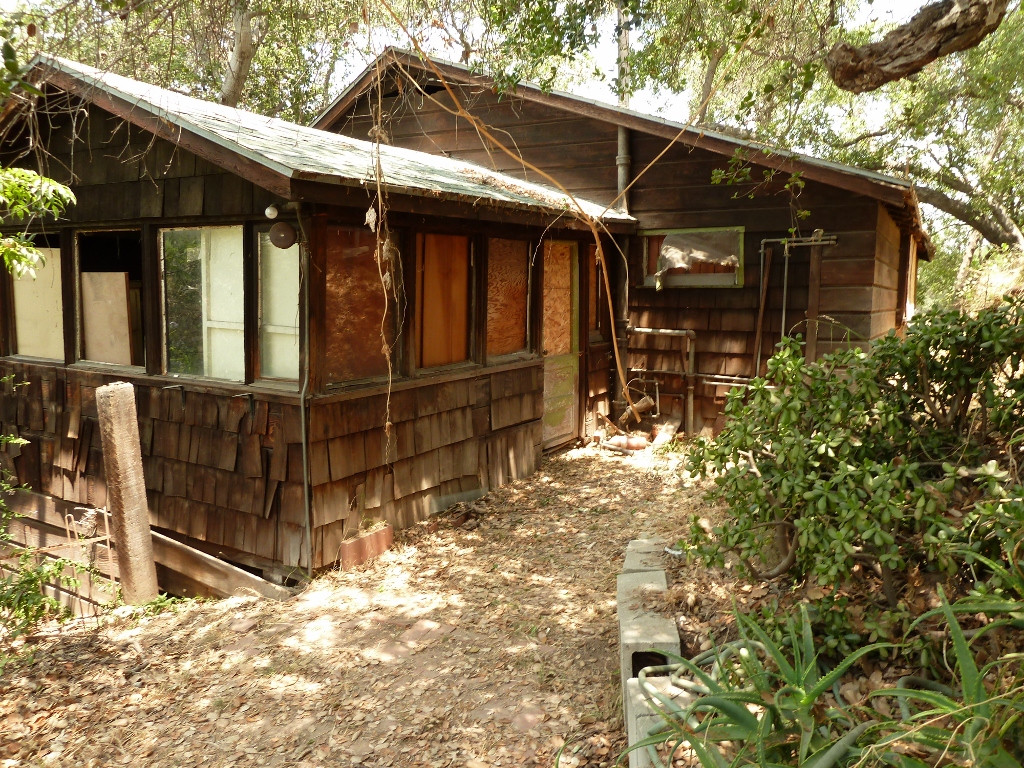 This is the back side of the cabin. If you look closely at the eaves, you can see that they are in the shape of a bird. Paul Landacre used that same shape shape on his signature stamp that he would put at the bottom of his prints. 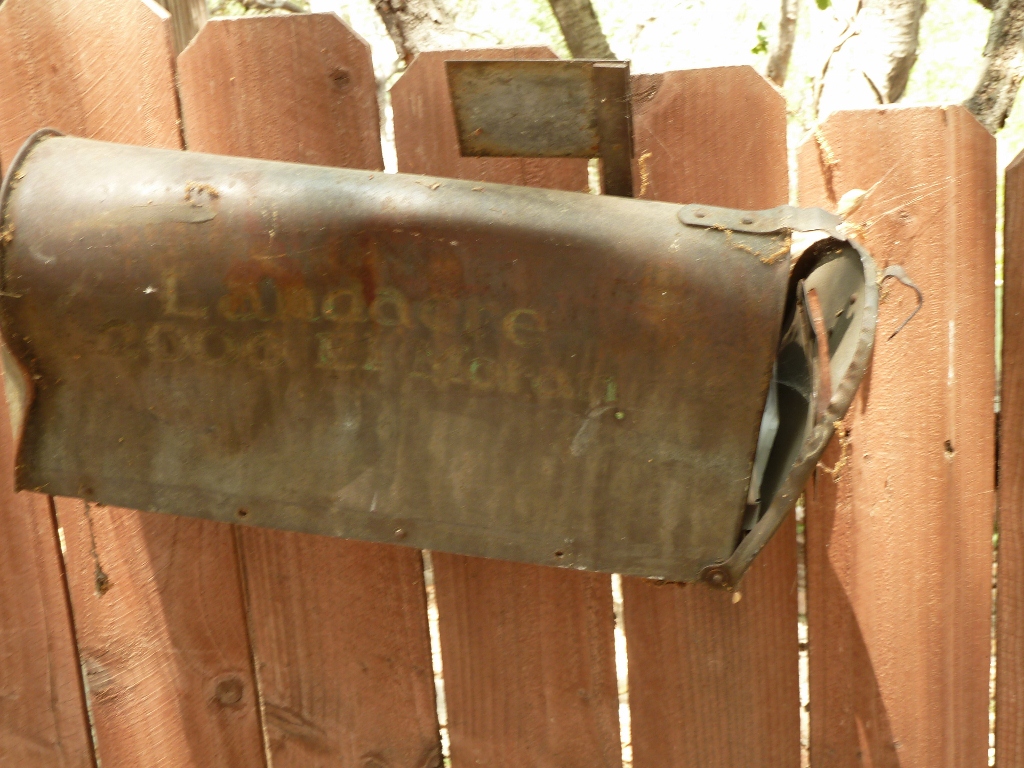 If you look closely at the mail box, you can still see Landacre on it almost 50 years after his death.